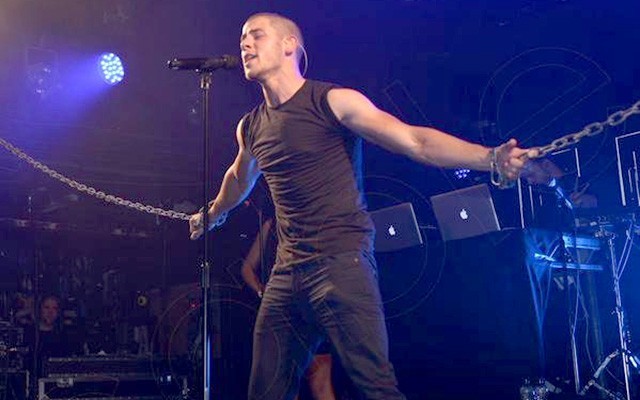 Nick Jonas is always playing into the fantasies of his gay fans, and this performance was no exception.

Over the weekend, Attitude covered Nick Jonas’ performance at Heaven, a gay superclub in London, and took some very sexy photos. At Heaven, Jonas channeled his inner Christian Grey and chained himself up in a BDSM-inspired set that ignited the crowd.

Despite his efforts, Jonas is often criticized for teasing his growing gay fan club with sexually suggestive performances and photo shoots. But he fought those allegations by claiming he genuinely loves his gay fans.

Although many of Jonas’ gay fans prefer to see him nearly naked, there’s no denying his sexy body and vocals make everyone jealous.