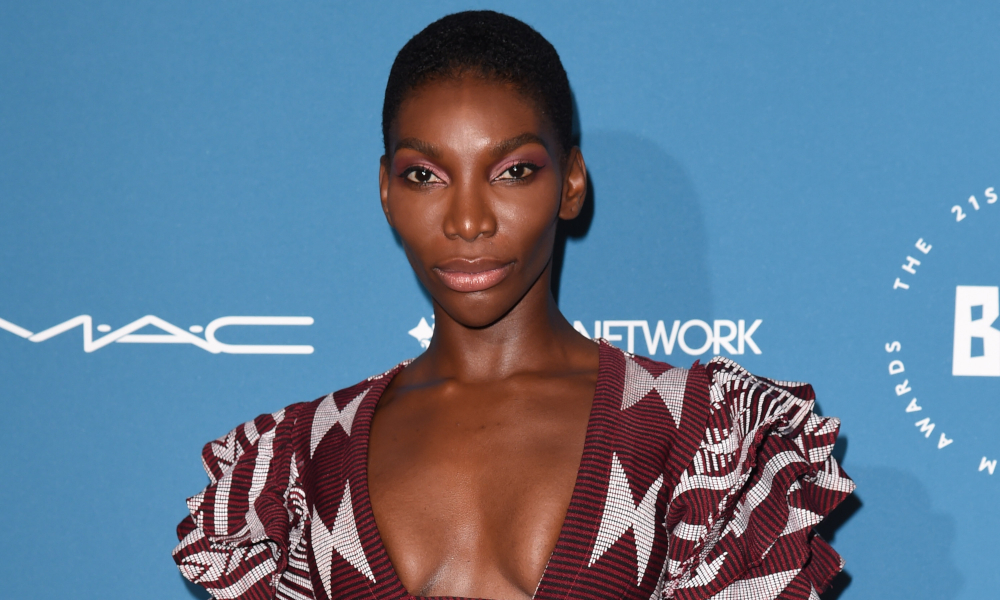 Michaela Coel Did ‘Black Panther’ Because Her Character is Queer

Black Panther is about “representation on a very mainstream platform,” Michaela Coel tells Vogue. It’s “about the magic of Africa, the magic of the people, our ancestors.”

You may recognize Michaela Coel from the trailer for the highly anticipated film Black Panther: Wakanda Forever. She is also known for writing-directing and starring in the black drama HBO series I May Destroy You and Netflix‘s Black Mirror. The new Marvel trailer does not give away many details about her character. Still, in a recent interview with Vogue, the actress opened up about her role and involvement in the billion-dollar franchise.

According to the outlet, Coel plays Aneka, a captain and combat instructor in the mighty Dora Milaje, who falls in love with her warrior colleague, Ayo (Florence Kasumba). This forbidden affair is what drove Coel to take the role.

“The fact that my character’s queer,” Coel explained to Vogue. “I thought: I like that, I want to show that to Ghana.”

Coel Hopes Her Queer Character Will Invoke a Change

With two Ghanaian parents, Coel is well acquainted with the country’s antigay laws. She hopes her role in Wakanda Forever will combat the growing antigay laws. Currently, the Ghana parliament is attempting to pass a bill that would imprison all members of the LGBTQ+ community and allies for five years.

“People say, ‘Oh, it’s fine, it’s just politics.’ But I don’t think it’s just politics when it affects how people get to live their daily lives,” she continued. “That’s why it felt important for me to step in and do that role because I know just by my being Ghanaian, Ghanaians will come.”

“Aneka, the character Michaela plays, is kind of a rebel,” director Ryan Coogler told Vogue. “It made a lot of meta sense with Michaela being someone who is pushing the industry forward and carving out her own space.”

Michaela Coel Did ‘Black Panther’ Because Her Character is Queer