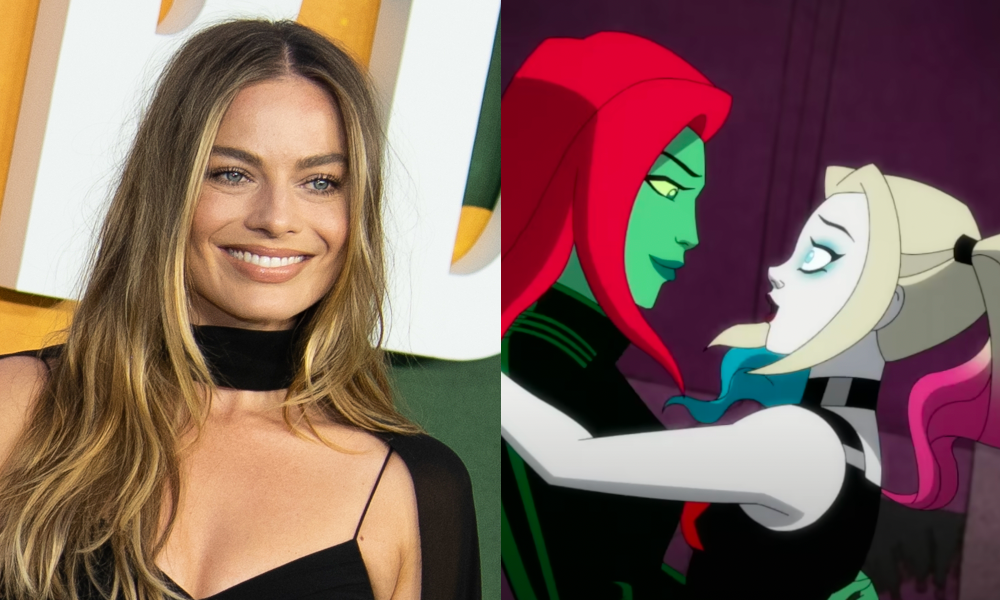 Margot Robbie is ready to bring a romance between Harley Quinn and Poison Ivy to the big screen.

Harley Quinn and Poison Ivy are adorable in the comics. After Quinn leaves her toxic ex-lover, The Joker, she falls head-over-heels for her best friend and fellow vigilante, Poison Ivy. Their love story is currently being reimagined in HBO Max‘s animated series Harley Quinn, making them some of the most talked about queer characters in the DC Universe.

Speaking of Quinn, actress Margot Robbie has brought the Gotham City supervillain to life in three DC Comic movies: Suicide Squad, Birds of Prey and The Suicide Squad. Though she starred alongside Jared Leto’s punk version of The Joker in 2016, she has not shared the screen with Poison Ivy. But will she in the future?

Related | Gay Superheroes In Comics & Movies You Should Know About

Robbie hopes so! While promoting her new film Babylon, she spoke with Comicbook.com about the potential of a sequel movie with a Harlivy romance.

Birds of Prey director Cathy Yan has also spoken out about the idea of a Harley Quinn sequel.

“I would love to see Poison Ivy and I would certainly love to see the relationship between Harley Quinn and Poison Ivy,” she told The Wrap in 2020.

Who Would Play Poison Ivy?

So why hasn’t this happened yet? And who is going to play Poison Ivy alongside Robbie?

“Honestly, when I pictured, I always picture like Poison Ivy in the comics,” the actress continued. “I don’t really actually picture an actress doing it, but I agree, that would be so good.”

Robbie is ready to put the Harley Quinn wig back on, but she is also excited to see another icon put her spin on the cooky character. Lady Gaga is starring alongside Joaquin Phoenix in the sequel movie, Joker: Folie A Deux.

“It makes me so happy because I said from the very beginning that all I want is for Harley Quinn to be one of those characters, the way Macbeth or Batman, always gets passed from great actor to great actor,” Robbie told MTV News. “It’s kind of like someone gets to do their Batman, or someone gets to do their Macbeth. I feel like, in not so many cases, are they female characters — Queen Elizabeth I, but beyond that, which I got to have a crack out as well, which I was honored to do. I was like, ‘Wow! Cate Blanchett did Queen Elizabeth I. Now I get to.’ It’s such an honor to have built a foundation strong enough that Harley can now be one of those characters that other actors get to have a go at playing. And I think she’ll do something incredible with it.”

In the meantime, we’ll be working on our dream cast for the next Harley Quinn movie. Oh, and watching the first three seasons of the animated series on HBO Max. Who would you cast as Ivy?