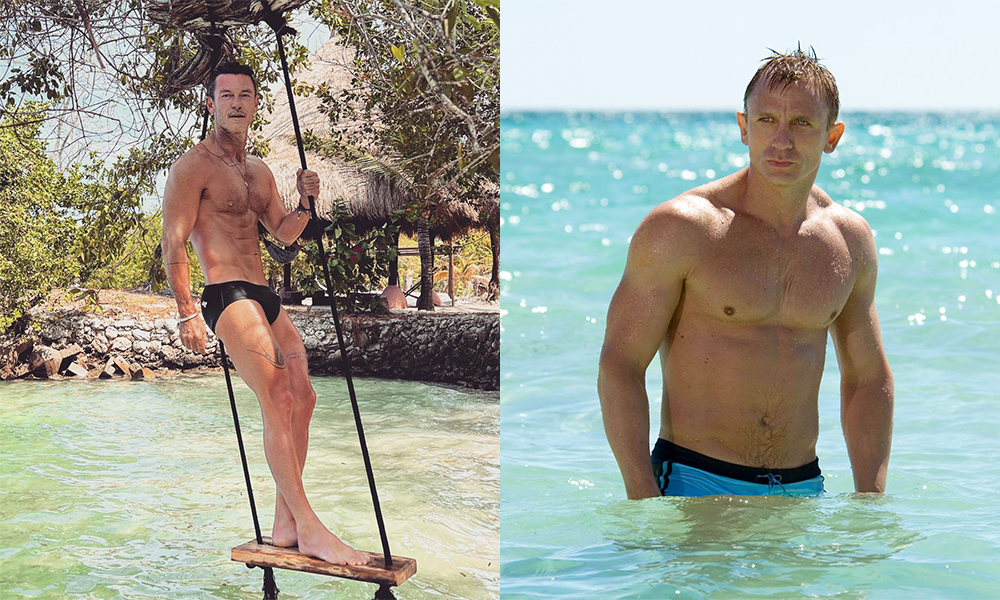 How do you take your martini? Personally, we like them shaken, not stirred, and very very gay. If you’re like us, there’s still a chance you may get the martini of your dreams. People are speculating that an openly gay man will play the next 007. So much so that Luke Evans has finally spoken up about it.

Related | Is a Non-binary James Bond Coming to the 007 Universe?

As you may have heard, Daniel Craig finally hung up his trilby hat last year. The star announced his retirement, finishing off his tenure so someone else could take over. It wasn’t long before fans began dream-casting the roll. Many of them are the usual suspects you might expect, but a select few grabbed our interest. Regé-Jean Page from Bridgerton, Rachel Weisz from Disobedience, and Janelle Monáe from Glass Onion are some of our favorites.

But Will James Bond Be Gay?

Another particularly fitting role would be Luke Evans from Beauty and the Beast and The Hobbit. There’s no denying that Evans has that 007 quality, and being raised in the U.K. can’t hurt either. Each of these selections, and many more, would be a new and interesting take on the beloved character. No matter who your dream cast is, there’s no denying that Bond would benefit from a fresh perspective. It’s high time for a reinterpretation that deviates ever so slightly from the source material.

We aren’t the only ones who would love to see Evans in the role. Evans himself is at the point where he can no longer ignore the speculation. In a recent interview with BBC One’s Saturday Kitchen, Evans opened up about the prospect of being Bond. “The new James Bond?” said Evans. “Who knows? Nobody knows.” We’d love to think that Evans is just playing coy with us, but the actor went on. “I mean it would be nice, wouldn’t it?” he told BBC One presenter Matt Tebbutt. “Don’t jinx it.”

What About a Bisexual James Bond?

Okay okay, we’ll try our best. Given the history of Hollywood casting, it’s probably best not to get our hopes up. Even if Evans gets the role, it’s unlikely that the character himself would be queer. Also, just the thought of the ensuing uproar is exhausting. Then again, we would gladly face it for a gay—or bisexual—James Bond. Even the biggest gay-Bond naysayers have to admit a bisexual James Bond feels very on brand for the secret agent.

If all of this speculation has left you Luke Evans hungry, we’ve got you. Evans is currently featured in the Apple TV+ thriller series Echo 3. There he plays a former U.S. soldier who is on a mission to Colombia to rescue his sister. If you’d like to see him in something queerer, Evans is currently working on a drama called Our Son with Billy Porter. Evans and Porter play divorcing husbands who are fighting for custody of their 8-year-old son.

One thing is for sure, Bond or no Bond, Luke Evans has plenty more to offer us.