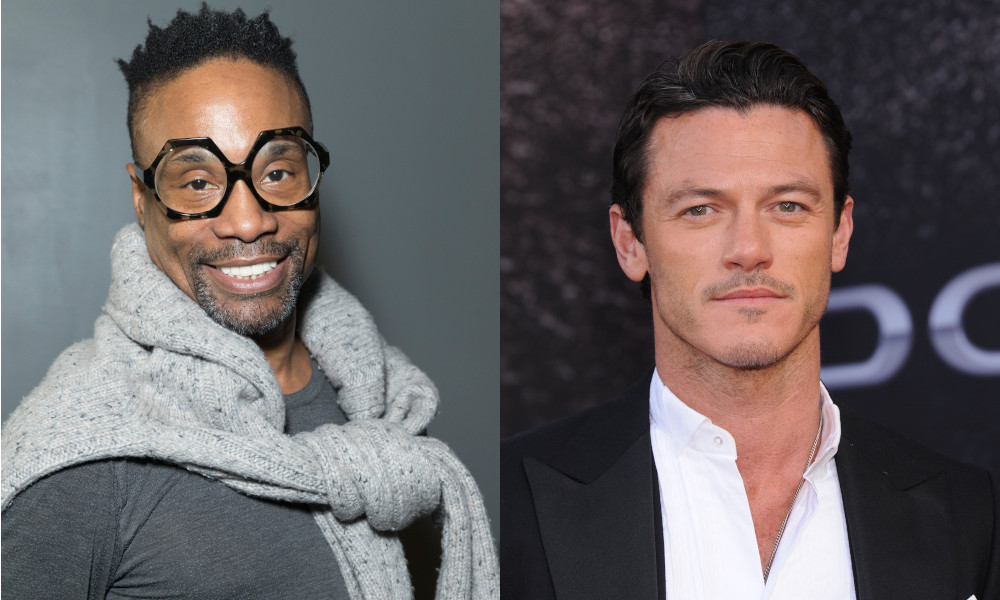 Billy Porter and Luke Evans are daddies! Kind of. Maybe.

Actors Billy Porter and Luke Evans will star in Bill Oliver’s custody battle drama, Our Son. Porter and Evans will likely play the unhappy couple filing for divorce and fighting for custody of their eight-year-old son.

Not much else is known about the film, including the rest of the cast, but we can’t wait to see what kind of relationship these two cook up on the screen.

Evans is well-known for playing the charming but arrogant Gaston in Disney’s live-action Beauty and the Beast. He will take on another villainous role in Disney’s upcoming retelling of the classic fairytale, Pinocchio. Will he be an antagonist in Our Son? Only time will tell!

Porter also recently starred in a live-action fairytale when he brought to life the wish-granting fairy in Amazon Prime Video’s Cinderella. He is making his directorial debut with the trans rom-com, Anything’s Possible. The film follows Kelsey, a Black trans high schooler learning to navigate a new relationship during her senior year. The project won’t be out until June, but you can watch the trailer below.

Evans has been out since 2014 but played gay for the first time for Hollywood in 2021 with his role as Lars Lee in Nine Perfect Strangers. We were looking forward to seeing whether or not Disney would expand on the queer coded Gaston in the planned prequel series, but it was canceled before it could come to life.

Eric Binns and Tigresa will produce Our Son. So far, there is no release date for the project.