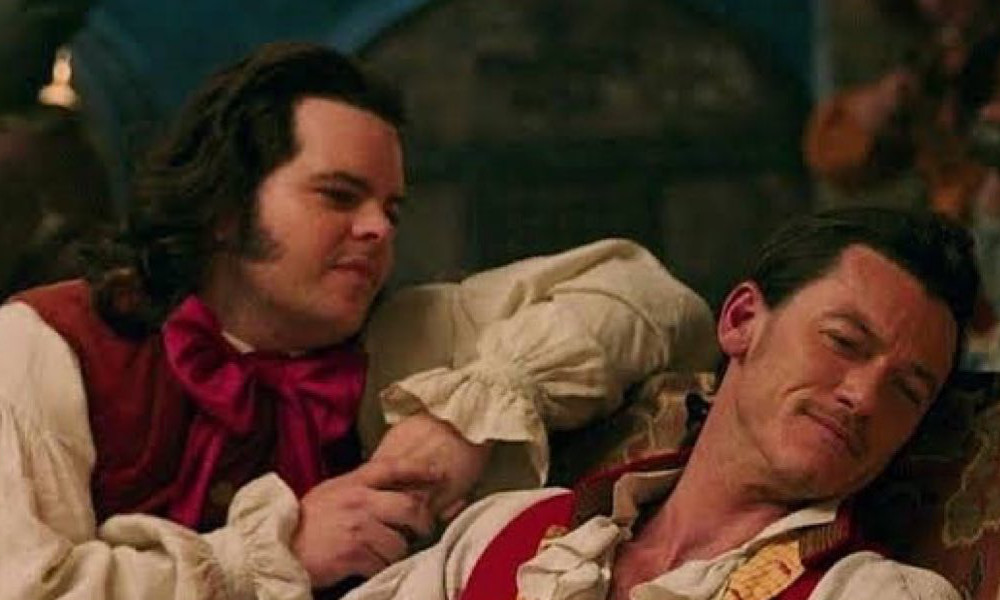 Disney+ Pauses the Maybe Gay ‘Beauty and the Beast’ Prequel

It looks like we won’t get to see more of Luke Evans and Josh Gad as Gaston and LeFou anytime soon.

Deadline reports Disney+ has put the “Beauty and the Beast” prequel, “Little Town” on hold “for now.” The decision was reportedly made because the show wasn’t coming together and had some of its creative elements still up in the air.

The eight-episode show was supposed to start shooting this summer in the U.K. after being pushed from shooting in the spring. The source noted the show couldn’t be filmed in the fall because of the conflicts with the talent’s schedules and the weather.

“Sadly, ‘Tis true,” Gad tweeted Thursday. “We tried to make it all work, but under the gun it wasn’t meant to be… for now. These characters and this story will live on, but sometimes the best intentions & reality collide & nothing can be done.”

“But… we truly hope we get to make it when our schedules allow,” he added in a follow-up tweet.

But… we truly hope we get to make it when our schedules allow. pic.twitter.com/A3UpgRXKCg

Luke Evans shared the same initial message and added, “This is a very sad message for us to tweet. We are devastated. Goodbye, for now, from Gaston and Le Fou.”

This is a very sad message for us to tweet. We are devastated. Goodbye, for now, from Gaston and Le fou ❤️

The cancelation comes after Gad had gushed about the series which fans hoped would dive more into the relationship between LeFou and Gaston. In the Beauty and the Beast movie, Gad fought hard to explore LeFou’s undeniable crush on his friend, but he had yet to say if that would be further explored in the series.

Is This The End?

“You’re going to have to tune in when this show airs to see what we’re working up, but in the process of working on it, we’re asking ourselves every relevant question about these characters and endeavoring to do right by them and by this world,” he shared on the Just for Variety podcast.

“I think we have origin stories that are unbelievably exciting because they’re unexpected. And I think ‘expect the unexpected is all I can really say. And not just with regard to LeFou and Gaston, but to a lot of the new characters that we’re introducing.”

Hopefully, this truly isn’t the end of Le Fou and Gaston!

Disney+ Pauses the Maybe Gay ‘Beauty and the Beast’ Prequel