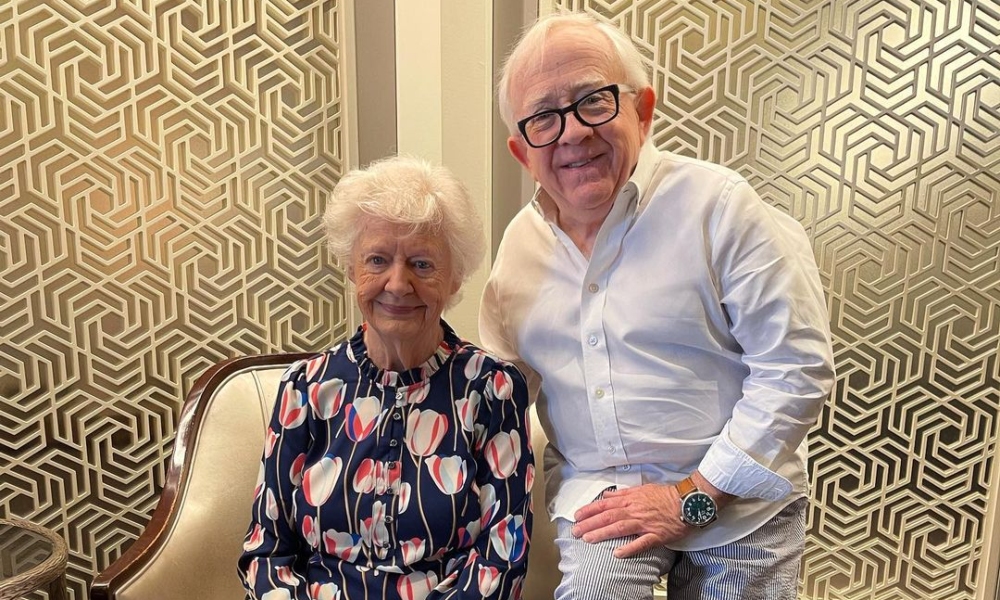 Because a good laugh is healing for the soul.

Actor and comedian Leslie Jordan announced the passing of his mother, Peggy Ann Griffin Jordan, in an Instagram post on Monday.

“We lost mama but she will live on forever in our memories and stories. Love you, mama, and always will. Love. Light. Your, Leslie.”

We met the Will & Grace star’s mom in 2020 when he first made his Instagram account and shared hilarious videos of him and his family trying to survive the quarantine.

Some of these videos included his mother, Peggy, who he lived with at the time in Chattanooga, Tennessee.

Peggy passed away on May 17, 2022 at the age of 86. Though she was a devout Southern Baptist, Leslie said she accepted his sexuality the best way she could. In another video shared with his followers earlier this year, the comedian spoke about coming out to his mother when he was 12.

“She thought on it, and I thought she might pull her bible out, I wasn’t sure,” said Leslie. “And she said, ‘You know son. I think… that you probably just need to lead a quiet life, otherwise you’ll be subject to ridicule and I could not bear that.

“So, here I am living a quiet life, Mama!” Leslie continued.

His videos always manage to bring a smile to our faces no matter what, and his tribute video to his Mama is no exception.

The first story is about a time his mother asked everyone who the actor from the Fantasy Island series is.

Not understanding that she was answering her question instead of asking a new one, Peggy replied, “It hasn’t come yet … my VA check.”

The next story was about an interaction between Leslie and Peggy after he came home to Chattanooga. When he told his mom he was going to catch up on some sleep, she misheard the conversation again and asked him how he managed to get ketchup on his sleeve.

“Do you think she might have been hard of hearing?” he asked at the end of the video.