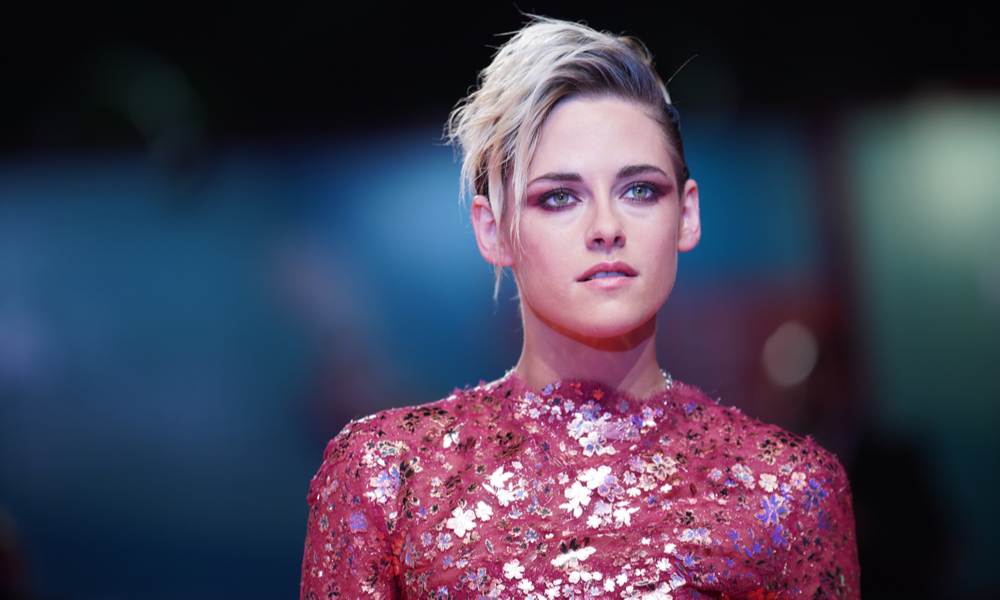 Kristen Stewart Talks Her Oscar Nom, Her Wedding and Musicals

Kristen Stewart opens up about finding out she is up for an Academy Award.

Kristen Stewart sat down with The Los Angeles Times to talk about what’s going on in her life right now. One of the biggest things to happen to her is receiving an Oscar nomination for the role of Princess Diana in Spencer.

She says she didn’t set the alarm to wake up early when the nominations were announced. She told her fiancee Dylan Meyer, “Dude. Just doing the movie was enough for me.” But, when she did wake up at seven a.m., friends filled her phone with a slew of congratulations texts. “It was just such a surreal moment,” Stewart admitted while laughing. “I will be totally honest and just say it was so cool. I could not believe it.”

Check out the trailer for the movie below

Related | Here are the LGBTQ+ Oscar Noms (and Snubs)

Stewart has had quite the year,  as she got engaged to her girlfriend last year and is now in the process of planning a wedding. She has made it clear she wants to get married ASAP, but she’s not sure about having a big ceremony. “I kind of think I want to do that,” Stewart says, “But then when I really think about it, I’m like, ‘Do I want to do that?'”

“We’d have to be like, ‘This is absurd that we’re doing this,'” she continued. “There was a time in my life where I was like, ‘No, I would never get married. Like married married, like put a dress on and walk down the aisle married. And by the way, I’m not doing that. That’s not going to be the type of wedding that I have. The fact that I’ve already said, ‘Hey, let’s get married’ and that we have rings and stuff … we’re kind of already done.”

She said she’s nervous about the public dancing of her wedding adding, “You’d have to take the piss a little bit.” While she’s not keen on dancing or singing in public, she’d consider doing it for work. “But if someone asked me to do a musical, I’d be like, ‘F— yeah,'” Stewart shared. “Because someone would teach me, and I’d end up having an experience that’s totally outside my comfort zone, one that would change me. That’s immensely appealing.”

Kristen Stewart Talks Her Oscar Nom, Her Wedding and Musicals