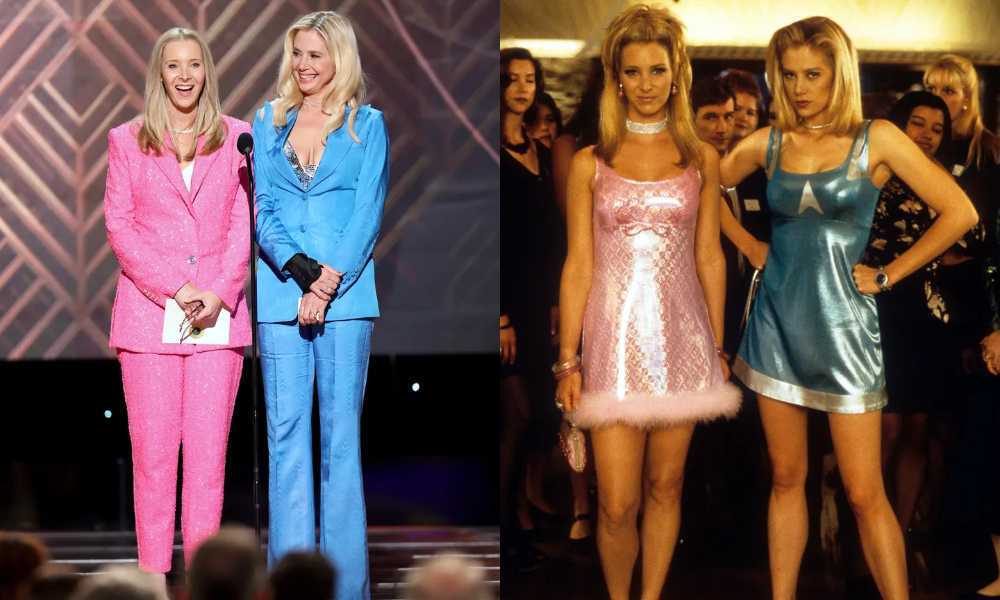 Fans of Romy and Michele’s High School Reunion are going wild over the reunion between Lisa Kudrow and Mira Sorvino, who played high school best friends and aspiring fashion designers in the cult classic.

Sporting coordinated outfits in their character’s signature blue and pink color palette, Sorvino even referenced one of the iconic lines from the film.

What is Romy and Michele’s High School Reunion about?

If the title isn’t indicative enough, the film follows school best friends and aspiring fashion designers as they prepare for their ten-year high school reunion. When faced with the reality that their lives aren’t where they had thought they’d be all these years later, Romy and Michele set out to find success before reuniting with their former classmates.

Unfortunately, it doesn’t quite work out for the duo, so they decide to do what most modern-day influencers do — lie. If you’ve seen the movie, you know how that works out, and if you haven’t … shame on you.

The film is quintessential nineties and one of the most quotable movies from the decade. Watch it right now.

What have Romy and Michele Been Up To?

This isn’t the first time Lisa Kudrow and Mira Sorvino have reprised their roles and Romy White and Michele Weinberger. In 2017 “Entertainment Weekly” got the women to reunite for a Romy and Michele-inspired photoshoot and interview where they reminisced on all things nineties nostalgia, which you can watch here.

We don’t know about you, but twenty-five years after the original seems like the perfect time for a sequel. We hope they can finally find a career woman lunch special.

25 years later and still in style! ✨ Lisa Kudrow and Mira Sorvino recreated their Romy and Michele “ensembles” at the #SAGAwards pic.twitter.com/9vRz8cTthw