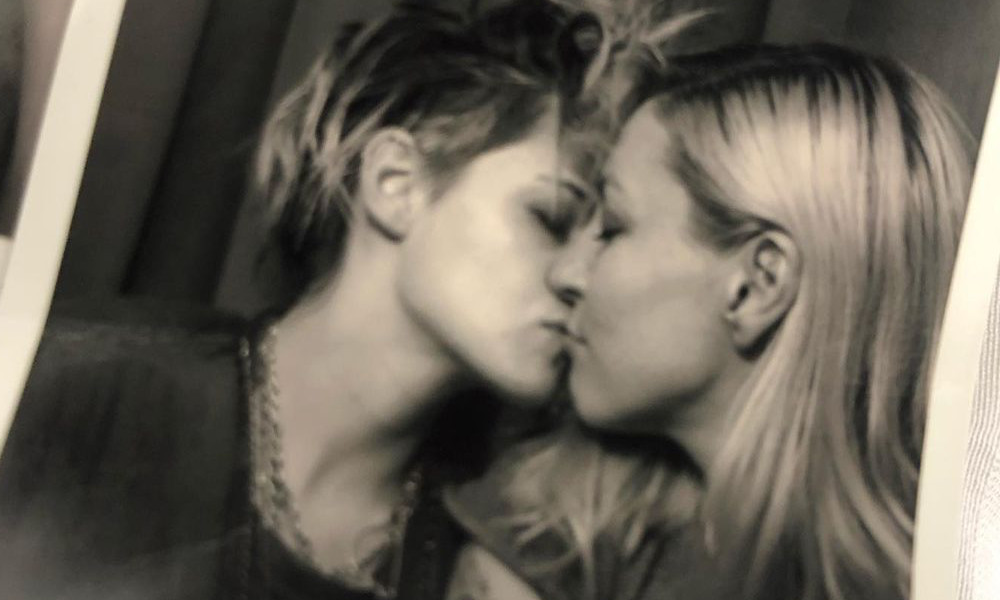 Kristen Stewart is working with her fiancée on a new project!

Speaking with Vanity Fair, Stewart revealed she’s mixing business with pleasure as she and Dylan Meyer work on a tv show together.

“We discovered a superbrain,” She said after they started writing the first episode together. “She’s a really genuinely brilliant f—ing screenwriter.”

However, she said they wouldn’t have worked together if it had negatively impacted their relationship. “You don’t want that to affect this beautiful relationship you have,” Stewart explained.

I love being engaged,” the Oscar-nominated Spencer actress added with a smile. “It’s different … I just feel so happy and lucky.”

Stewart revealed their engagement in November and recently opened up about how they became more than friends while on Live with Kelly and Ryan.
“We met years ago and then sort of re-met before the pandemic. And we got engaged — I guess it’s still the pandemic, so yes, I guess it’s a pandemic engagement,” Stewart said.

“But it wasn’t at the height, it wasn’t full lockdown. We were kind of moving about the world a little more freely at the time.” She explained, “We did have an engagement party, which was nice and lucky and obviously not something we could have done now so I’m thankful for that.”

Last month, While on The Late Show with Stephen Colbert, Stewart said she couldn’t wait to marry the screenwriter.

“I want to have a big party or something… I’m so unceremonial. I think we might just go do it this weekend or something,” she admitted. “And then just hang out with everyone afterwards. I just want to do it!!!”

By the sounds of it, they haven’t tied the knot just yet.