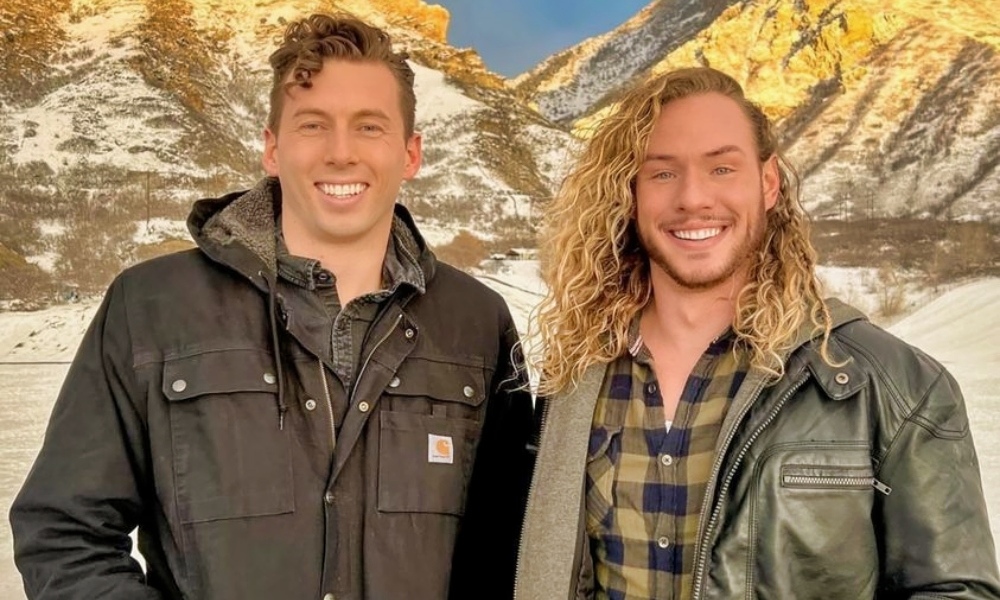 The bestselling author spoke his truth despite BYU’s no-tolerance policy on same-sex romance.

For those who don’t know him, Charlie Bird is a bestselling author, a dedicated student at BYU, and a member of The Church of Jesus Christ of Latter-day Saints. He’s also openly gay, and in love with another man.

Bird co-hosts a podcast with fellow author Ben Schilaty called Questions from the Closet. In the podcast, they discuss commonly asked questions they receive as gay members of The Church of Jesus Christ of Latter-day Saints.

In the most recent episode of the podcast, Bird and Schilaty talked about what happens when queer people fall in love when they’re part of the Church of Jesus Christ/LDS.

The topic was prompted by a question asked to him at a fireside Q&A, not long after Bird came out. He recalled how blindsided he felt when one of the guests, who has a gay son of her own, asked what happens when you fall in love.

A Call to a Mission

“I heard that question and it caught me completely off guard,” said Bird. “I remember saying something along the lines of like, well you know […] there’s not a roadmap for someone like me so the best I can do is pray about it and […] cross that bridge when I get there.”

Not long after Bird felt strongly compelled to return to BYU, deciding to get his master’s in a social work program. “I hadn’t even thought to go back to BYU, just because I was gay,” said Bird. “I ended up having a really really strong […] life-opening moment where I just felt so passionate and so right about coming back to BYU.”

The decision to come back didn’t come easy, especially since at the time Bird was openly gay and dating in New York. Going back to BYU would mean he would have to put his dating life on hold. “I was really okay to not date,” said Bird. “Not for any like, moral reason or anything,” he clarified saying he felt that the next chapter of his life was meant to involve advocacy. “It almost felt like a call to a mission,” said Bird.

To be clear, as part of the “honor code,” you can’t date if you’re at BYU. Absolutely no same-sex romantic behavior. “I knew that going in,” said Bird, who actually felt really good about returning. Bird was excited to experience college life at BYU out of the closet. Although he couldn’t date, he didn’t have to hide who he was or conceal his interests, like cheerleading. “It was a cool way to reclaim that undergrad experience,” he said.

That was how it started anyway, but things were about to get complicated.

“I met someone,” said Bird. Someone who was different than anybody he had ever met before. “I had to confront the thing that I had been putting off.”

“Charlie, it sounds like you fell in love with somebody,” said Bird’s co-host Schilaty. Not quite. At the time neither Bird nor this person were planning on dating. Bird and this other man (yes it is a guy, as Bird lightheartedly confirmed) started to get to know each other. Their friend groups began to mix and before long they were an integral part of one another’s lives.

Around this time they both “started developing some really strong feelings” for each other.

His Name is Ryan

“His name’s Ryan,” Bird said, beaming. To Bird, his relationship with Ryan was different than all of his past relationships. “There was just something about him that understood me,” he said. Ryan was somebody Bird felt like he could be completely open with.

However, as Bird said, “you can’t stop love.” Unsurprisingly Bird turned to prayer to find answers. “I was looking for an answer of what should I do with this person,” he said. The answer came to Bird in the form of an invitation — what Bird referred to as an “honor of agency.” It was an invitation to “step into this limbo.”

Bird refers to this time as both confusing and sacred. Falling in love was something Bird says he never thought he would experience. “Everything that I thought was horrible and forbidden and wrong, suddenly was healing these parts of my heart that I didn’t know were broken.” Tearing up, Bird attempted to explain the feeling of beauty and the power of falling in love.

The conversation turned to the internal and external pressures that Bird was feeling during this time. The stakes were high, and actively defying BYU’s policy would certainly ruffle feathers. “People love a gay Latter-day Saint until they’re actually gay,” said Bird.

Bird wrestled with the idea of breaking off the relationship entirely, something Schilaty quietly wondered why Bird hadn’t already done. A question that even caused a brief rift in Bird and Schilaty’s friendship.

Bird was determined, and it came time to confront the reality that he was “violating the honor code.” In the midst of guilt and fears of being labeled a hypocrite, Bird decided to come clean about his same-sex relationship with the university. Something, to Bird’s knowledge, no one has ever done before. Like that, he made an appointment and he reported himself. Not before snapping a selfie, of course.

So what happened next? Well, Bird was not expelled. After an “important discussion,” Bird decided to recommit to the code he promised to keep when began his masters. This means that Bird and Ryan’s relationship has changed. Bird has made it clear that they still love each other, but because of BYU’s outdated and homophobic policies, their dating life has been put on hold.

“I have a testimony of the gospel of Jesus Christ,” said Bird, saying that he is committed to his faith. I cherish the promises I’ve made and I want to build Zion and be part of Christ Church, and I am in love with a man.”

As Bird said, there are no roadmaps for gay Latter-day Saints.

Only time will tell.

Listen to the full episode of Questions from the Closet.