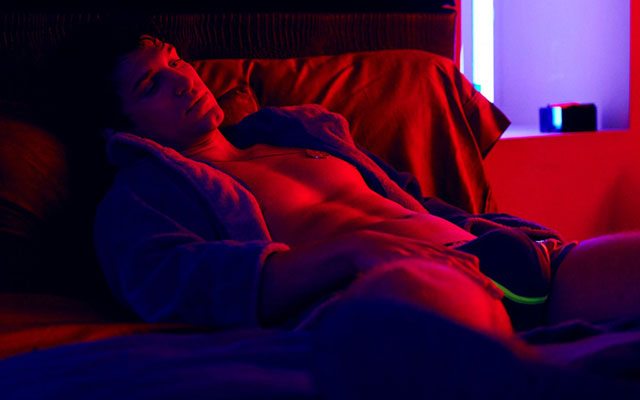 By now, you’ve probably heard a lot about James Franco’s upcoming gay-porn drama King Cobra. The film is based on Brent Corrigan‘s career and the scandal that followed him. The film exposes the “truth” behind the murder of producer Bryan Kocis, which was carried about by adult film stars Harlow Cuadra and Joseph Kerekes.

When asked about how he felt about his character Cuadra, he said “I had to find the love for him. It opened my mind to what these guys go through … and how much of a struggle it is.” Allen added, “It was kind of beautiful. I really loved my character — I don’t know how a lot of people are going to feel about him.”

@jamesfrancotv has been making headlines around the world for his upcoming #gay porn drama @kingcobraofficial, which debuted at @Tribeca last weekend. Since its premiere, the filmmakers released a steamy new teaser showing Joe (Franco) and Harlow (@keeoone) working up a sweat. In the clip, Franco bench presses his way to a chiseled chest while Allen works on his biceps. Franco’s character shouts repeatedly shouts “No little bitches,” and then they chug a couple of protein shakes and admire themselves. #KingCobra follows the life of adult film actor Sean Paul Lockhart (@garrettclayton1) and his relationship with Stephen, a producer based on Bryan Kocis ( the producer who made Brent famous). If you’re familiar with the story, you know it doesn’t end well.