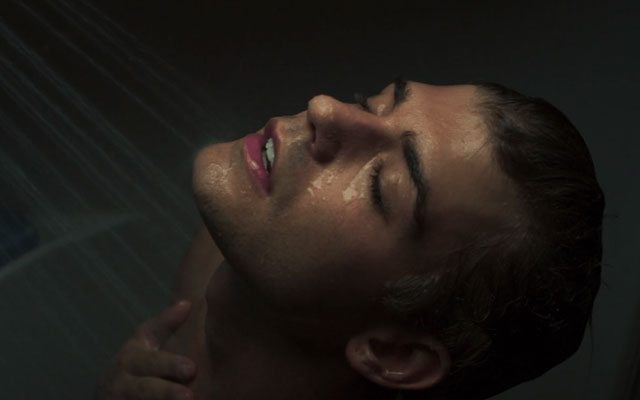 When Garrett Clayton hit the Disney Channel in Teen Beach Movie, we had no idea he’d grow up to play Sean Paul Lockhart (aka Brent Corrigan). According to Clayton, starring in James Franco’s gay-porn drama, King Cobra was incredibly intense.

The 25-year-old actor told Entertainment Weekly “Being touched by one stranger alone is like a lot, let alone eight, and you’re kind of pulling your clothes off, and you have to sell it … At the end of that day, I remember calling my mom and I was like, ‘I don’t know if I can do this.’”

King Cobra also stars Christian Slater, James Franco, Molly Ringwald, Alicia Silverstone and Keegan Allen, and screened last week at Outfest. At the screening, Clayton told NewNowNext, “It was a lot more artistic than I was expecting it to be, which I really appreciated because it’s such an aggressive movie I thought it was gonna be a lot more… aggressively shot … It’s nerve-racking to go from young adult to extreme adult.”