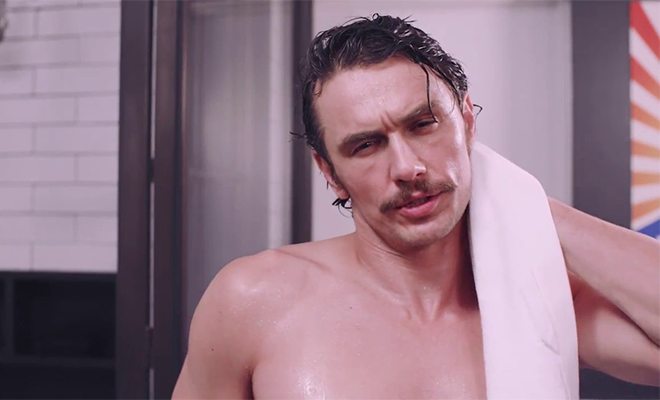 James Franco endorsed Hillary Clinton again and this time he was shirtless.

Last week, James Franco endorsed Hillary Clinton in a bizarre video, but apparently, he thought voters needed an encore. In his latest HRC endorsement video, Franco claims “[Hillary Clinton] didn’t just bring Iran to the table; she whittled the table from a single piece of oak.”

He goes on to praise Clinton’s iconic cackle stating her “laugh is in the Smithsonian.” And, when he addresses her leadership skills, he insists “Yoda was her apprentice.” Obviously, he believes “she’s the most interesting woman in the world.”

At the end of the 30-second video, Franco expresses his position on supporting politicians declaring, “I don’t always endorse candidates. But when I do, they’re extraordinary.”