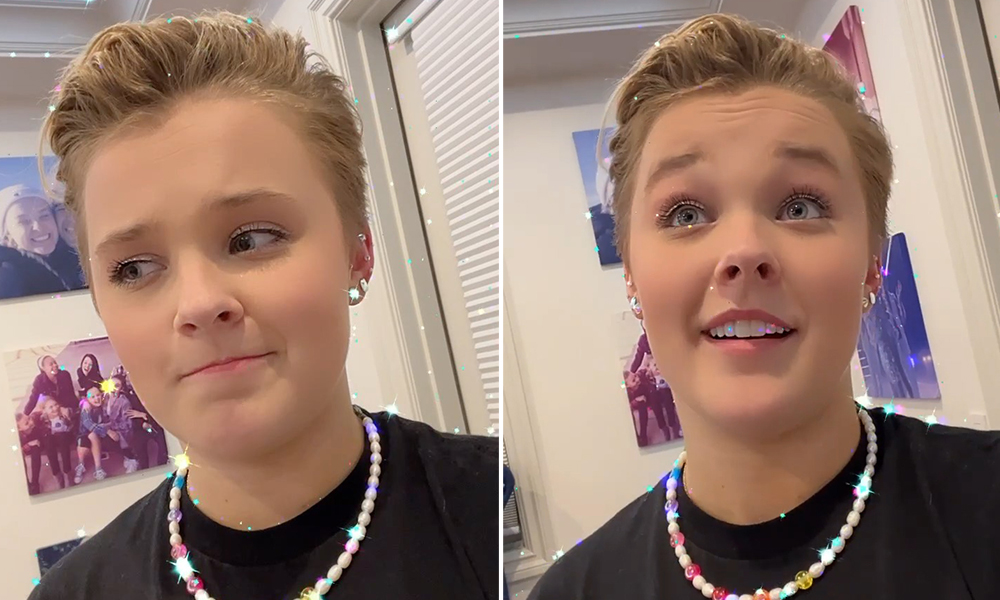 JoJo Siwa Responds to Not Being Invited to Kids’ Choice Awards

Apparently, we live in a world where a nomination doesn’t secure you an invite.

Internet sensation JoJo Siwa was nominated for Favorite Social Music Star at Nickelodeon’s Kid’s Choice Awards Saturday night. There was just one problem, Siwa never got an invite to the event.

When Siwa’s fans tuned in to the awards, they quickly noticed the “Boomerang” singer was nowhere to be found. To avoid confusion, Siwa posted a video on Instagram assuring everyone her absence was not by choice. “A lot of you have been asking me why I’m not at the Nickelodeon Kids’ Choice Awards tonight, and the answer is very simple — I wasn’t invited. I’m not sure why, but I just didn’t get an invite.”

Later, Siwa posted an update to her Instagram story. “Somebody tagged me in something – they used my song ‘One Chance.’ My song made the cut, but not me.”

It’s no surprise Siwa is confused about not being invited. Apart from being nominated for an award, she has also been a longtime supporter of Nickelodeon and signed a major talent deal with the brand in 2017. She has earned several nominations and wins from the Kid’s Choice Awards over the last five years.

However, this is not the first time Siwa has publicly spoken out about actions taken by the million-dollar brand. In September 2021, she publicly addressed an obstacle she ran into while making the setlist for her Nickelodeon-produced D.R.E.A.M tour.

“My movie musical [The J Team] was just released (with 6 new original songs),” she wrote. “Nickelodeon told me today that I’m not allowed to perform/add any of the songs from the film into my show. These are MY songs, MY voice, MY writing. Does this seem fair???”

“There is no reason that this music should not be included,” she continued. “Working for a company as a real human being treated as only a brand is fun until it’s not.”

Why Was Siwa Not Invited?

Though Nickelodeon has not issued a statement as to why Siwa was left off the invite list, the star appears to have a few ideas of her own. On Twitter, she retweeted a fan who pointed out that “the only year that @itsjojosiwa didn’t get invited to the kids choice awards is when she comes out and cuts her hair?????? Sus @Nickelodeon.”

The only year that @itsjojosiwa didn’t get invited to the kids choice awards is when she comes out and cuts her hair?????? Sus @Nickelodeon

Obsessed with the teenage girl celebrities who don’t take shit from their network of employment and refuse to be anything but themselves. Being connected to a kids channel shouldn’t mean you have to stop being yourself. @itsjojosiwa and @oliviarodrigo y’all are my hero’s. pic.twitter.com/bLMeC5BRYF

Siwa came out in January 2020 and has recently been distancing herself from the rainbow, glitter, and hair bow style she’s been known to rock. She even chopped off her signature ponytail in lewd of a short pixie cut. After sharing a sneak peek of her haircut, Siwa quickly posted the results in a selfie on Instagram with the caption, “HAPPPPPY.”

Fans rallied for Siwa in her comments section and a few other stars also expressed their disapproval of Nickelodeon’s decision. Snooki even said she was going to write a note. Another nominee didn’t get an invite this awards season. Just recently queer singer-songwriter Vincit took to Twitter asking why they didn’t get an invite to the GLAAD awards to go with their nomination.

I’m so excited to be attending/nominated at the GLAAD awards tonight! Oh wait that’s right I didn’t get a seat…🤦🏾‍♂️ silly me

JoJo Siwa Responds to Not Being Invited to Kids’ Choice Awards