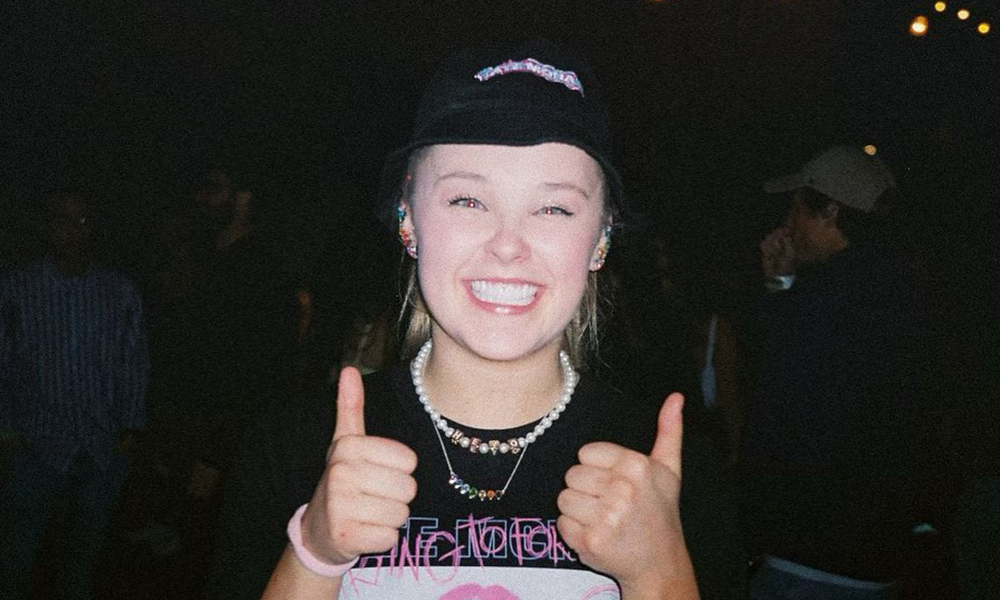 JoJo Siwa Opens Up About Dating Someone New

“I am not single and I don’t want to mingle.”

JoJo Siwa is off the market! The multi-talented singer, dancer, and performer has confirmed that she is now “exclusive” and dating a new person. No names have been named as of yet, but it’s clear the star is in a good place.

Siwa, who turns 19 this May, appeared on the Rachel Uncensored podcast, hosted by Siwa’s close friend Rachel Ballinger. The pair spoke about everything from Siwa saying goodbye to her iconic bow, to celebrity crushes, to her current dating situation. She explained that she is the happiest she’s been in a long time.

“We’re not single,” Siwa said. “I say ‘we’re’ because it’s me and my multiple personalities within myself,” she joked. “I am not single and I don’t want to mingle. No, I’m a loyal lady.” She talked about briefly considering adding a lock emoji to her bio to communicate her exclusivity. “I went around the block,” she continued. “I did, and I tried a lot, and I learned a lot and I’m very, very, very happy where I am now.” In true Ballinger form, the conversation immediately turned to feet picks, but the podcast is filled with more queer nuggets. Siwa discussed coming out and how she likes kissing girls more than boys.

Last year, Siwa shared a photo of herself online wearing a shirt that read “Best. Gay. Cousin. Ever.” and two days later confirmed she is part of the LBGTQ+ community. She has in the past identified with labels like pansexual, gay, and queer. This news comes after Siwa’s last relationship with Kylie Prew ended last October.

“I fell in love with somebody who I didn’t ever expect to fall in love with,” Siwa said, recounting her relationship with Prew. “We met on a cruise ship. She was my best friend,” Siwa told People. “And then we went to Disney together, and all of a sudden … it kind of all happened.” Siwa and Prew ended things amicably while Siwa was filming Dancing With The Stars. “I have yet to talk about this officially, publicly, but we broke up,” during the This Is Paris podcast with Paris Hilton. Siwa explained that she and Prew are still close.

Who is Siwa Dating?

Fans have already begun to speculate about who she might be dating. Some fans point to Katie Mills after seeing the pair hanging out around LA and courtside at a Lakers game together. The pair also danced together on Mills’ TikTok and shared an adorable montage that has warmed our poor gay hearts so much. Whether or not this is romantic or platonic, it is equally lovely.

Some other noteworthy moments in the podcast include a long discussion about “the knee thing,” (if you know you know). She also talked about her pretend crush on Zach Efron to cover up her crush on Zendaya. If there’s anything else that more succinctly describes the sapphic experience, we’d like to hear it.

Check out the episode of the podcast here, it’s well worth a listen. Siwa, we wish you and your new partner all the happiness in the world!

JoJo Siwa Opens Up About Dating Someone New