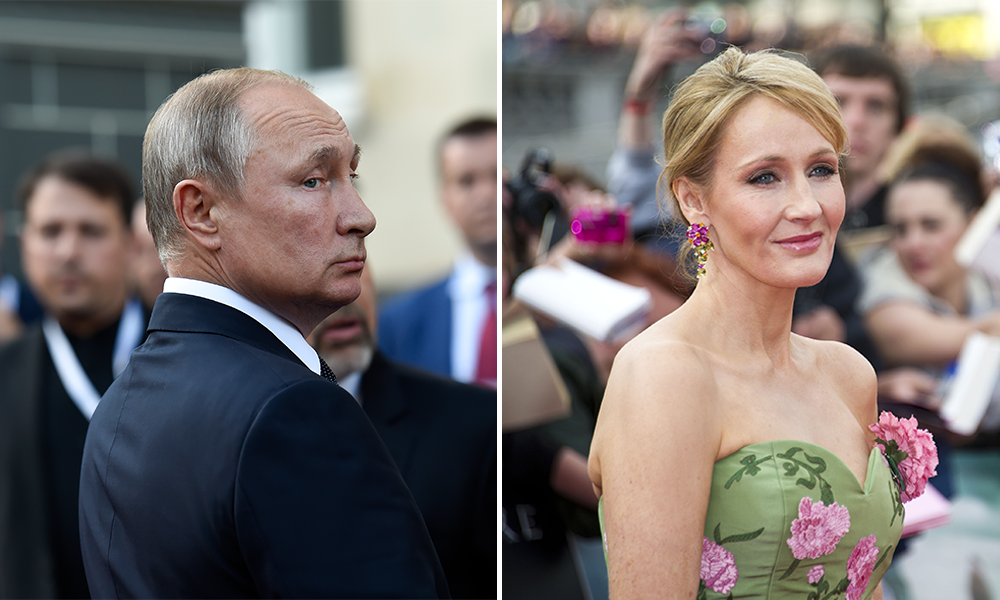 JK Rowling Responds to Vladimir Putin Coming to Her Defense

In a moment that felt too surreal to be true, Russian President Vladimir Putin came to JK Rowling’s defense recently. Let that sink in. The same president that is currently leading an invasion of Ukraine defended a transphobic author. Putin called Rowling a victim of “cancel culture,” and compared the current sentiment surrounding Russia to her situation. Putin, the president that supported Russia’s gay propaganda laws. The same one who tacitly endorsed the LGBTQ+ torture camps in Chechnya by looking the other way. This is the man who comes to defend JK Rowling.

The Enemy of My Enemy…

Rowling has been a notoriously outspoken transphobe, using her platform to spread anti-trans misinformation and transphobia incessantly and widely. Many of Rowling’s fans have since distanced themselves from the author. In some cases, Potter fans have even divested from the franchise due to her bigoted opinions. These opinions by the way do not exist in a vacuum. They have only added to the noise of anti-trans vitriol spreading both in the UK and in the United States.

Enter Vladimir Putin. During a TV address, Putin claimed the west is “trying to cancel” Russia, comparing the response to JK Rowling’s “cancelation”. What it must feel like to have a war criminal commiserate with you on live television, we do not know. Oh, to have been a fly on the wall when Rowling herself heard the news.

Flash forward to Rowling’s response. The author took to Twitter to distance herself from any connection to Putin, declaring that she stands with Ukraine. Of course, there are obvious differences between the author and Putin. Still, when a person like Putin feels they can relate to you, perhaps you should rethink some things.

Critiques of Western cancel culture are possibly not best made by those currently slaughtering civilians for the crime of resistance, or who jail and poison their critics. #IStandWithUkraine https://t.co/aNItgc5aiW

JK Rowling Responds to Vladimir Putin Coming to Her Defense