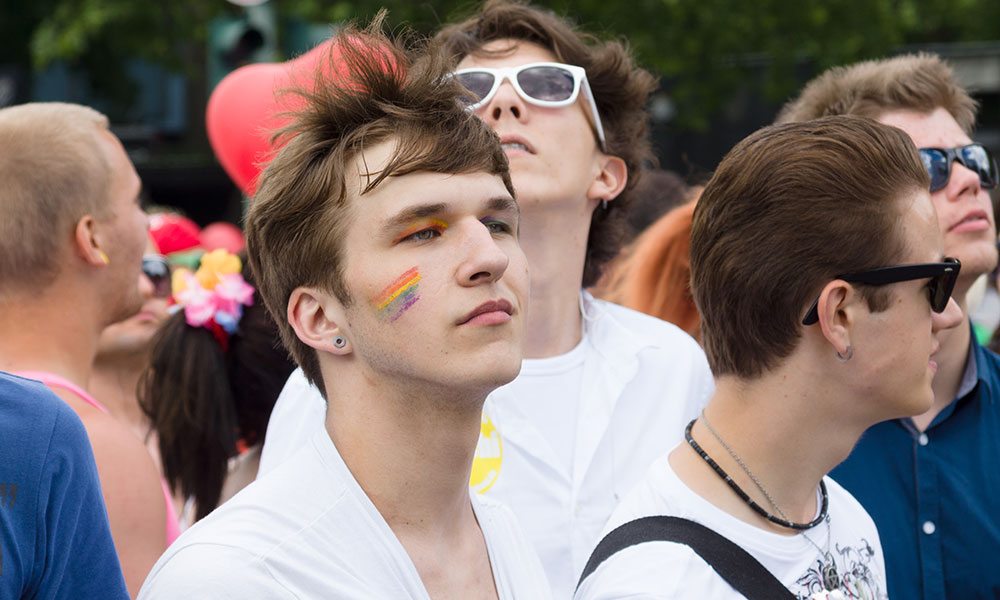 Human Rights Watch (HRW) has published a report on the unlawful rounding up of more than 100 Chechen men suspected of homosexuality. The case gained global media attention and considerable public support. Hundreds of people in Europe, America and Australia protested against “gay concentration camps” and “gay genocide” in Chechnya, while thousands signed the petitions of Russian LGBTQ activists and Amnesty International. Three French LGBTQ organizations filed an official complaint to the International Criminal Court against Chechnya’s leader, Ramzan Kadyrov.

In this context, the HRW report is of utmost importance. It begins with a detailed account of how, with the Kremlin’s support and permission, Kadyrov has built a tyrannical, autocratic regime that violates dissenters’ human rights in various ways. Abduction-style detentions, enforced disappearances, torture, extrajudicial executions and collective punishment practices are used against all manner of people whom Kadyrov branded “undesirable”: local dissidents, independent journalists, Salafi Muslims, people who use drugs and alcohol, and suspected homosexuals.

The body of of the report is based on HRW’s interviews with eight victims of the purge who fled Chechnya. They described being kept in unofficial detention facilities, where they endured horrific torture and humiliation. Their evidence is supported by investigative materials published in Novaya Gazeta, Russia’s main anti-Kremlin newspaper, and other Russian media outlets.

As the report recounts, there have been two waves of anti-gay repressions in Chechnya. The first began on February 20 in the town of Argun with the arrest of a man under the influence of a controlled substance. When searching his phone, the police found explicit content and the contact details of dozens of homosexual men. They used this information to begin a chain of arrests and abductions.

The second wave of anti-gay violence was provoked by letters sent to the authorities of four key Caucasus cities, Nalchik, Cherkessk, Maykop and Stavropol by a Yekaterinburg-based representative of LGBTQ group GayRussia. Those letters asked for permission to hold gay pride parades in the four cities (which was naturally withheld). When they were made public, a serious backlash began, prompting the “gay hunt” – which, according to HRW’s interviewees, was encouraged and possibly organized by the Chechen authorities, including the speaker of the Chechen parliament, Magomed Daudov.

The purpose of the hunt was to identify as many homosexual men as possible, to arrest and detain them, and to elicit more names by means of physical and psychological torture. When the detainees were returned to their families, their sexual identity was disclosed to their relatives. The forced outings led to more violence, threats of honor killings and victims being forced to flee the republic.

Several Russian activists have commented on both the anti-gay purge itself and on the HRW report. Igor Kochetkov, chair of Russian LGBT Network – which has helped evacuate purge victims – confirmed to me that the evidence reported by HRW is accurate and that a joint report on the case will be published by the network and Novaya Gazeta at the end of June.

Prominent LGBTQ activist Igor Yasin, who started a Change.org petition demanding Russia’s prosecutor general investigate the situation, told me that the report only repeats already known facts and pointed out that in Chechnya human rights violations go well beyond homophobia and affect the whole population.

This view is shared by the head of Russia’s Committee for the Prevention of Torture, Igor Kalyapin, who pointed out that in Chechnya, the whole population is defenseless in the face of state brutality, not just gay men. He expressed to me his concern that a narrow investigation into the purges may lead to nothing, as nobody will dare come forward.

The HRW report concludes with recommendations to Russia’s government and international organizations on how to cope with the aftermath of the Chechnya purge and prevent further anti-LGBTQ discrimination in Russia – condemning what’s happened, making sure detention centers are shut down and so on. But as things stand, the signs are not good.

Stanislav Dmitrievsky, head of Oslo-based human rights NGO the Natalia Estemirova Documentation Centre, explained to me that Kadyrov’s brutal, violent Chechnya has often been the first place where oppressive practices pop up before they spread across the wider post-Soviet sphere. If that precedent holds, these brutal and unprecedented anti-gay purges may not be confined to Chechnya for long.

Olga Andreevskikh is a PhD Candidate at the University of Leeds School of Languages, Cultures and Societies.