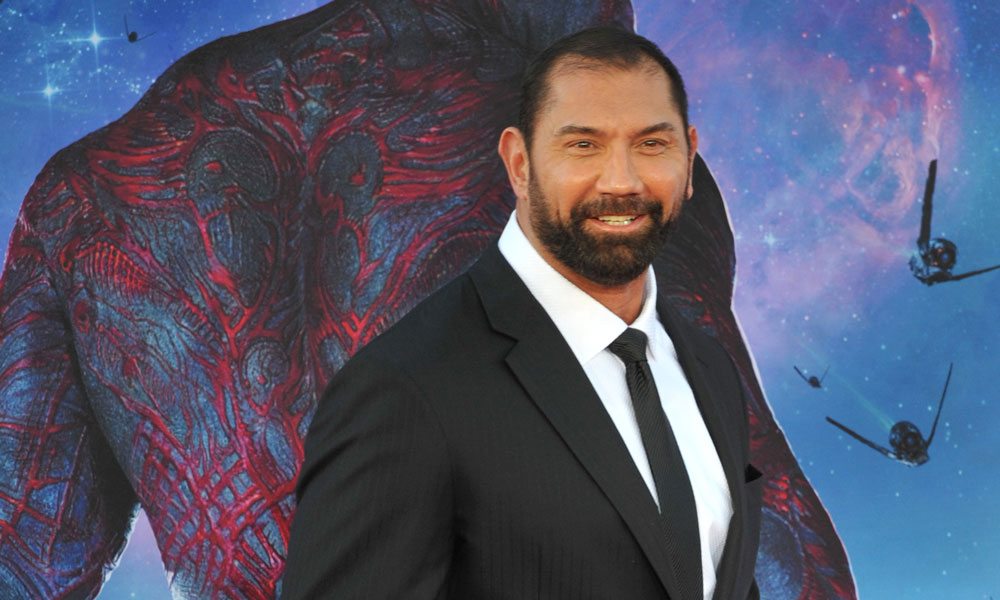 Guardians of the Galaxy star Dave Bautista refuses to tolerate homophobia. In the past, the actor and semi-retired professional wrestler challenged infamous homophobes such as boxer Manny Pacquiao for his anti-gay remarks. Bautista told TMZ, “My mom happens to be a lesbian … I don’t think it’s funny.” He continued, added, “If anyone called my mother an animal I’d stick my foot in his ass.”

And, in a 2008 interview with Wrestling Deals, Bautista said, “[I’ve] never had an issue with [his] mother’s sexuality.” He continued, “She loved us, she cared for us, and that’s all that mattered. She was with my dad for a small part of my life. After that, I don’t remember her having anything but girlfriends.”

Recently, a Bautista fan took to Twitter to thank the 48-year-old actor for defending and supporting the LGBTQ community. Twitter user David J wrote, “I want to thank @DaveBautista for being an LGBT supporter and defender. It’s important, esp for younger gen, to see that. A true Guardian!” And, Bautista responded promptly with a message for those who are intolerant of the LGBTQ community, which includes his lesbian mother.

I want to thank @DaveBautista for being a LGBT supporter and defender. It's important, esp for younger gen, to see that. A true Guardian!

“Obviously no thnx necessary, but I appreciate the acknowledgment. Proud son of a lesbian and anyone who has issue w/ that can suck my balls,” Bautista tweeted. So far, his straightforward reply garnered more than 3,300 Retweets and 10,000 Likes.

Obviously no thnx necessary but I appreciate the acknowledgement. Proud son of a lesbian and anyone who has issue w/ that can suck my balls? https://t.co/gHYC9puexP