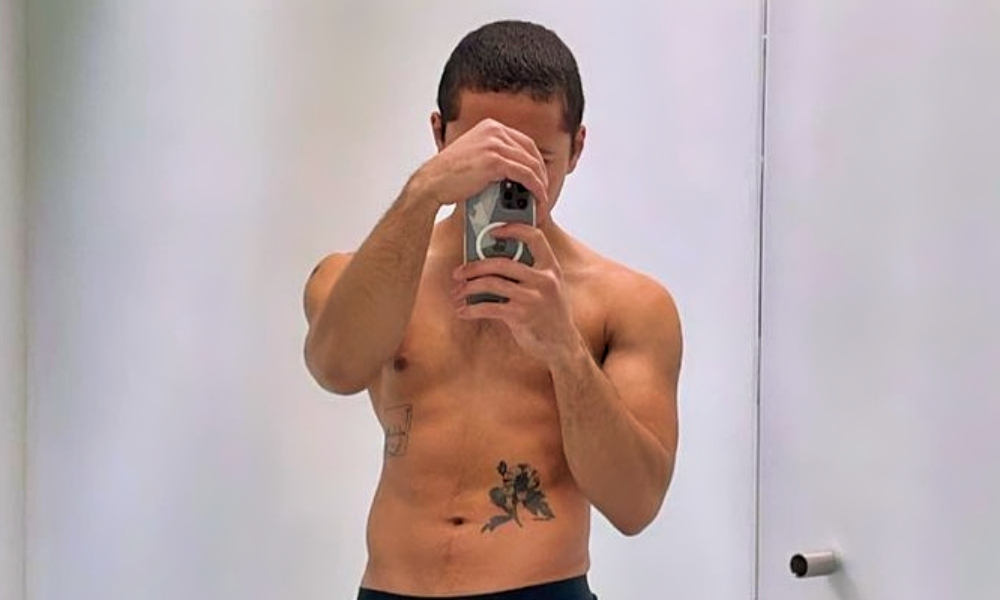 Jaboukie Young-White Strips Down for a New Selfie

The actor and stand-up comedian took to Instagram to share a jaw-dropping thirst trap with his followers. In it, he’s standing shirtless in front of a mirror with his rock-hard abs on full display!

“Got caught off here omg I was reading theory, but the text was small,” Young-White wrote in the caption.

It’s safe to say we got caught off guard, too, Jaboukie. The comments were flooded with replies showing their approval of the photo, including The Vixen, who wrote, “I’m the knee prints on the rug.” Sydnee Washington also asked for Young-White to “send [ your ] coordinates.”

It was so good of a picture, he had to share it again!

He also wanted to share the photo with his Twitter followers. On Sunday, he wrote: “Just took this photo posting it for the first time here.”

my dms are open (and that’s not all) pic.twitter.com/BHfd4C0Xe8

I cook and clean just so you know

In addition to being hot, Young-White has worked on several impressive projects, including films like Rough Night and Set It Up. He also worked on Only Murders in the Building and is now working on the upcoming HBO Max project Rap Sh*t.

Jaboukie Young-White Strips Down for a New Selfie