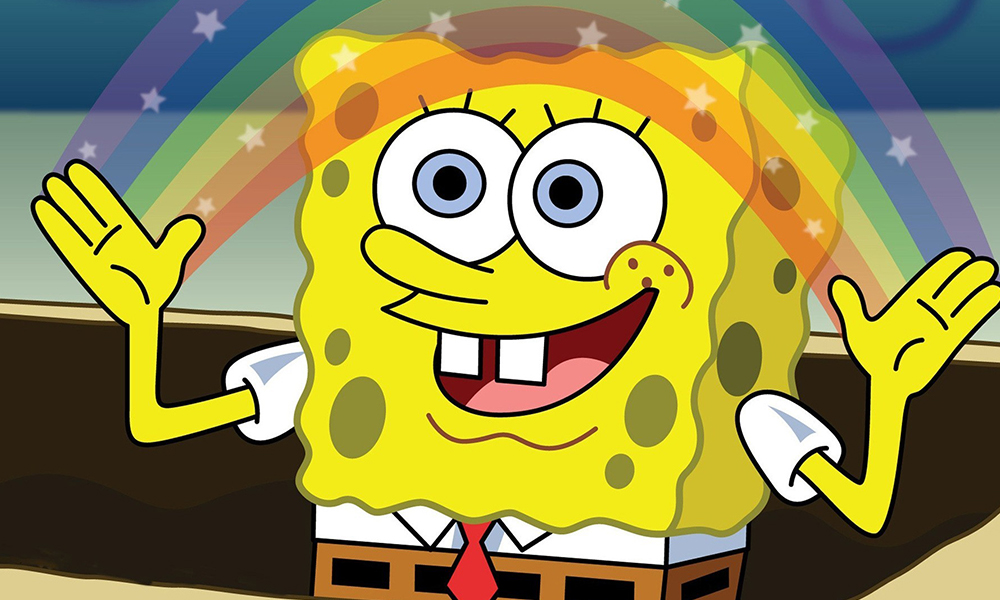 Is Spongebob Gay? Analyzing The Evidence

Is Spongebob Gay? This Is What Nickelodeon And The Series Creator Says

There’s been a long debate around the question: Is Spongebob gay?

Suffice to say that Spongebob is nothing short of a queer icon as far as internet culture is concerned. But in case you missed it, everyone’s fave absorbent, yellow, and porous cartoon character might’ve come out in 2020. That’s right, Nickelodeon has fueled the internet’s theories and tested our meme-making abilities.

We’re here to finally put the rumors to an end. The short answer: Nobody has explicitly said that Spongebob is gay.

When Did Spongebob Squarepants Come Out?

Well, technically he hasn’t – he’s a cartoon. But Nickelodeon has celebrated Spongebob as a member of the LGBTQ community. During pride month in 2020, Nickelodeon proved Spongebob to be at least on the LGBTQ spectrum.

On June 13, 2020, Nick tweeted: “Celebrating #Pride with the LGBTQ+ community and their allies this month and every month.” The tweet included images of Nickelodeon’s popular characters: Spongebob Squarepants, Schwoz Schwartz from Henry Danger, and Korra from Avatar: The Legend of Korra.

Spongebob’s inclusion in the tweet both confused and excited the internet. See, Korra, at the end of the series, was canonically written out to be bisexual. Actor Michael D. Cohen who plays Schwoz in Henry Danger has also openly talked about his transition.

While the tweet includes Spongebob, Nickelodeon has never explicitly stated his sexuality. Still, the tweet went viral, and as a result, the LGBTQ community and their allies ran with it.

The widely popular hit TV show Spongebob Squarepants created by Stephen Hillenburg first aired on Nickelodeon in 1999. It has remained one of the top kid’s animation shows for most of the 21st century. It’s even the fifth longest-running American animated series to date, spanning out into multiple spinoff series, feature films, and even a critically acclaimed Broadway musical.

Spongebob Squarepants has been airing and constantly rerunning on Nickelodeon for decades. With the show running this long, there’s been a lot of speculation since the early 2000s that Spongebob is gay.

People also took his extremely close relationship with Patrick Star as proof. Others chalked it up to Spongebob’s personality. We can’t count the times that Patrick – starfish, trendsetter, model best friend – has had a queer-passing moment with Spongebob on the show.

A particular episode sparked quite the controversy in 2002 with the Spongebob Squarepants episode entitled “Rock-a-Bye Bivalve.” In the episode, Spongebob and Patrick take on the role of parents when they adopt a baby clam. Spongebob acted as the mother figure, and Patrick the dad.

After the episode aired, the show was heavily criticized for normalizing diversity and for promoting gay marriage. 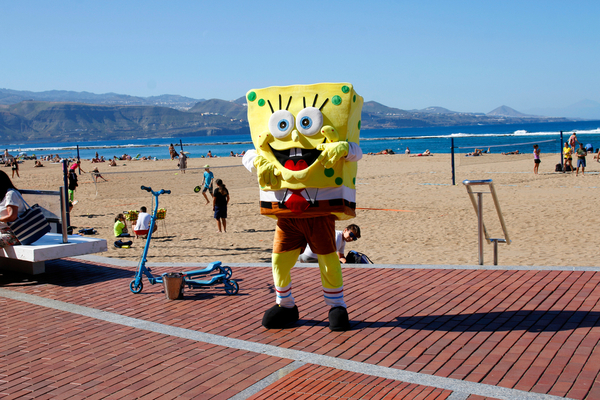 Despite all this, the show’s creator, Stephen Hillenburg, has always asserted otherwise. He insists that Patrick and Spongebob are just best friends.

In response to critics, Stephen Hillenburg denied Spongebob was gay, saying he never intended for that subtext. He even said that he considers his characters to be asexual – sea sponges and starfish are neither male nor female. As a marine science teacher, Hillenburg inserted as many real-life characteristics into his characters.

So Spongebob Squarepants and Patrick Starfish co-parenting together isn’t that deep. The show was simply meant to be funny and entertaining.

Stephen Hillenberg passed away in 2018. The show remains to be his greatest legacy as a marine scientist and artist. 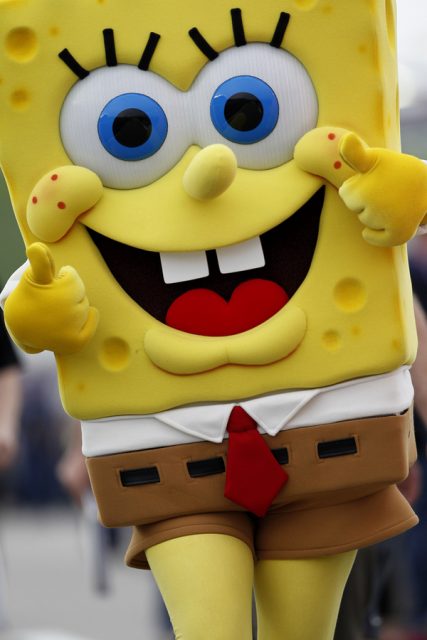 More Spongebob Gay Memes If You Need A Good Laugh

Think what you want of Spongebob’s sexuality. At the end of the day, the talking yellow sponge is and will likely always be loved and memeified. And we love to see it.

In honor of the plausibly gay icon, here are some of the funniest gay Spongebob memes we’ve seen.

The Signs Were Everywhere

We Gotta Rise UP!

then explain this.. there is no heterosexual explanation for this. pic.twitter.com/hbPlwXyi9h

Not exactly gay, but rather nonbinary and asexual. So he’s still part of the LGBTQ community. And just because you’ve crafted a rainbow from your hands or did a good job raising a baby clam with your best friend doesn’t mean you’re automatically gay.

So what do you think? Is Spongebob Squarepants gay, ace, or do you have other speculations? Which other cartoon characters do you think we should celebrate pride with?

RELATED | Mister Rogers Was Allegedly Bisexual, and Twitter Is Thrilled

Is Spongebob Gay? Analyzing The Evidence