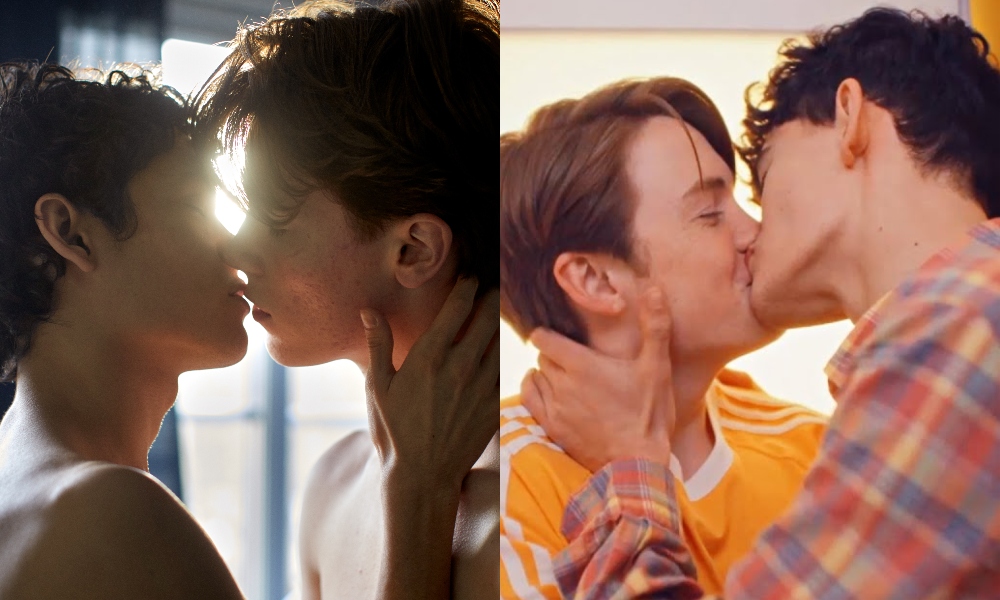 Is a ‘Heartstopper’ and ‘Young Royals’ Crossover Happening?

Heartstopper and Young Royals could get the crossover treatment, and our gay hearts might just explode.

Netflix currently has two fan-favorite LGBTQ+ dramas on their streaming platform that are preparing for a second season. Heartstopper and Young Royals debuted within the last two years and quickly became globally adored for their representation and swoony storylines.

Young Royals — which follows Wilhelm, the Prince of Sweden, who falls in love with one of his classmates named Simon — will return to Netflix this November. But fans of Nick and Charlie, two British schoolboys who fall in love in Alice Oseman’s Heartstopper, will have to wait a bit longer. Filming for this series began just this month in Paris, France.

Where Did the Idea of a Crossover Come From?

The idea of a crossover was proposed by the cast of Young Royals, Edvin Ryding, and Omar Rudberg, during an October interview for Gay Times. Rudberg said it would be “fucking iconic” and “amazing” to work with the cast of Hearstopper.

But it was Ryding who said he wanted to see the two lead couples interact on the small screen. “They are much alike in various aspects, but there are also two very different kinds of stories,” he added.

Related | Heartstopper’s Nick and Charlie Have Been Spotted in Paris

If you’re confused about how the two couples would cross paths, don’t worry, the stars have it all figured out. “If Nick and Charlie traveled to Stockholm… Maybe this is like season eight of Young Royals and Simon is a successful singer and the best one in Sweden,” Ryding continued. “Charlie’s a big fan, so he takes Nick to Stockholm to see Simon sing. You see where I’m going here?”

Many fans on Twitter were ecstatic about the idea of a crossover.

However, other fans worried the two shows’ themes would not blend harmoniously if a crossover occurred.

i’m gonna be so real, a young royals x heartstopper crossover would be weird and never make sense, each individual fandom doesn’t want it, and the idea needs to be dropped. let the shows coexist in peace..AND the tones of the shows don’t even match??? like???

What do you think? Should Narlie and Wilmon go on a double date? Assuming the couples are still together.

Season one of Young Royals ended with a major cliffhanger, leaving fans in suspense for over a year and a half. And with a steamy season two on the horizon, everyone is eager to see what will become of Simon and Wilhem’s relationship, including the cast. Rudberg reportedly “screamed with happiness” when he first read the script for season two. “I just love when stuff happens and this season never gets boring because there’s a lot going on.”

Ryding, on the other hand, was more apprehensive about the upcoming season. He said he battled with his relationship with his character after the first season but has found a way to separate himself from Wilhelm.

“I thought, ‘How will I be able to defend this, as an actor?’ But then I realized I shouldn’t defend this. This is Wilhelm, he’s coming from this place and this is the way he reacts to it. Once I figured that out, it was super fun.”

But What Will Happen to Simon and Wilhelm?

According to Ryding, Wilhelm might spend part of this season deciding between his love for Simon and his crown. “Obviously he loves Simon,” the actor revealed. “He wants to be with Simon; is that possible? Is he prepared to give up the crown, or not?”

“I think Simon has been very lonely and heartbroken too because neither of them wanted it to end like that. I think the difference is maybe one of them still has hope, or maybe both, but it’s very different because Wilhelm is motivated by revenge or desperation.”

To see what happens next, tune in to Young Royals on Netflix on November 1.

Is a ‘Heartstopper’ and ‘Young Royals’ Crossover Happening?