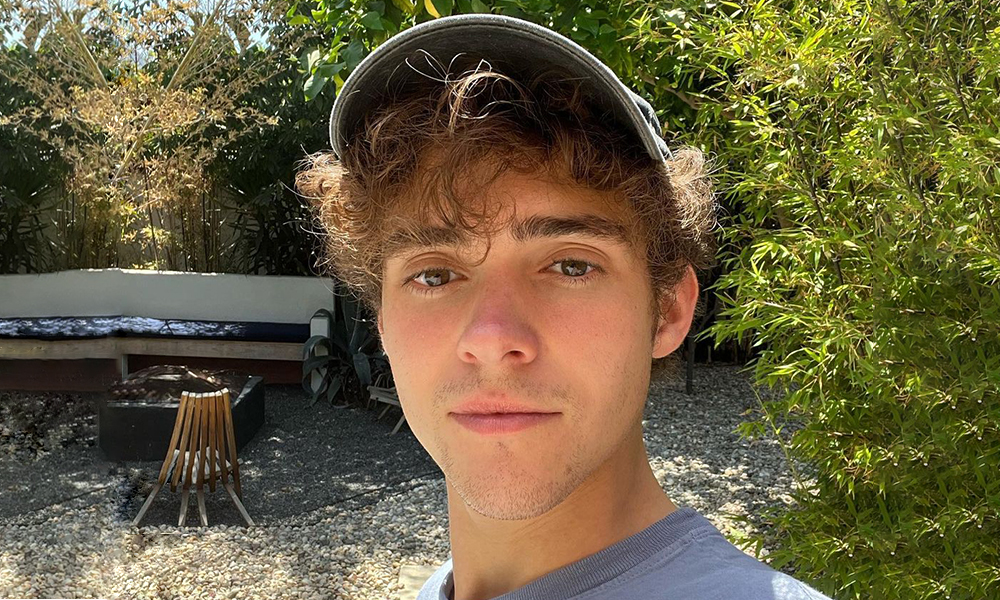 How Joshua Bassett is Giving Everyone a “Lifeline”

Joshua Bassett is donating the proceeds from his new music video, “Lifeline,” to “organizations that are a lifeline for others.”

Joshua Bassett’s third EP, Sad Songs in a Hotel Room, is finally here. After the singer/actor announced that his studio album is not quite ready for the world yet, he did announce the release of his new EP, complete with six songs that each capture an important milestone in his life.

The High School Musical: The Musical: The Series star has faced much public scrutiny over the last few years, and it has taken a toll on him. As the title suggests, his new EP dives into those dark emotions and how Bassett managed to stay afloat.

“’Sad Songs In A Hotel Room’ comes from a transient period of my life when I was constantly moving from hotel to Airbnb to a friend’s place, while also juggling some intense personal growth and change,” he said in a statement. “Each song on the EP tells a different part of the story from that time. In some ways, these songs feel like a bridge from one chapter of my life to the next, and I felt an urgency to put them out as I finish my debut album.”

Bassett continued to break down each of his tracks for Billboard and, along the way, opened up about his experience with Hollywood, the industry, and toxic relationships.

His fifth track, “Lifeline,” stands out from the others and details his terrifying visit to the hospital in January 2021. When Bassett suffered septic shock and heart failure, his mother rushed on a plane to see him. The singer said he wrote the song for her.

“If anyone can hear that song and be reminded about what really matters in life – that it really is about people, it’s not about anything else at the end of the day – I couldn’t ask for anything more,” he told Billboard. “To be able to share that and dedicate it to my mom is a treat. And it’s her favorite song of mine.”

The singer also released an emotional music video for the track which sees him belting out the lyrics into a camera.

“So hold on to my hand
Oh, I’ll be fine for tonight
With you by my side
Oh, don’t you know you’re my lifeline”

All proceeds from the song and the “You’re My Lifeline” t-shirt will go towards charities close to the artist.

“I hope people can see that if I made it out of that okay — and a lot of people saw publicly what I went through — if I can stand up after that and keep walking and keep my head up, then so can you. That sounds kinda cheesy and I’m not trying to be preachy, but we gotta be there for each other.”

Up Next For the Artist

How Joshua Bassett is Giving Everyone a “Lifeline”