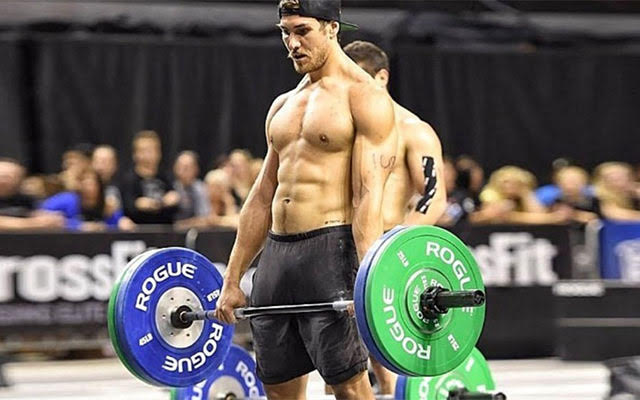 Khan Porter, a CrossFit competitor, posted a video of himself sweating to Beyonce’s “Single Ladies” and it’s getting a massive amount of attention. The Australian athlete obviously isn’t too worried about his masculinity being called into question; he power snatches more than 260 pounds while dancing to “Single Ladies.”

Seeing as Instagram only allows 15 seconds of dancing and apparently the interwebs doesn’t mind a bit of Beyoncé, here is the full version of my pre snatch boogie.Channing Tatum Khan at me bah Bar at 120kg/264lbswww.iamkhanporter.com Posted by Khan Porter on Monday, January 11, 2016

Videos like this call into question stereotypes often associated with masculinity. Individuals like Porter challenge the confines placed around athletes and their “masculine” attributes.

After realizing his video went viral, Porter wrote a response commenting on the purpose of the post. He wrote:

“I posted my video for fun obviously, but also because l think the way the public reacted reflects a pretty cool shift in preconceived notions of masculinity and think that’s grounds for starting some more positive conversations about what it means to be ‘a man’.

There’s still so many stigmatic ideas around masculinity and blokes face very real issues in terms of dealing with what society has deemed as appropriate behavior for their sex.”

It seems Porter has brains and brawn but realizes not everyone is as progressive. Unfortunately, the CrossFit king is right, many men, gay, bisexual or straight, are still scrutinized by societal expectations regarding their masculine tendencies, which perpetuate male stereotypes.

Guys like Porter play a pivotal role is redefining expectations for every man, and for that, we are grateful! Keep dancing, Khan. You’re killing it.