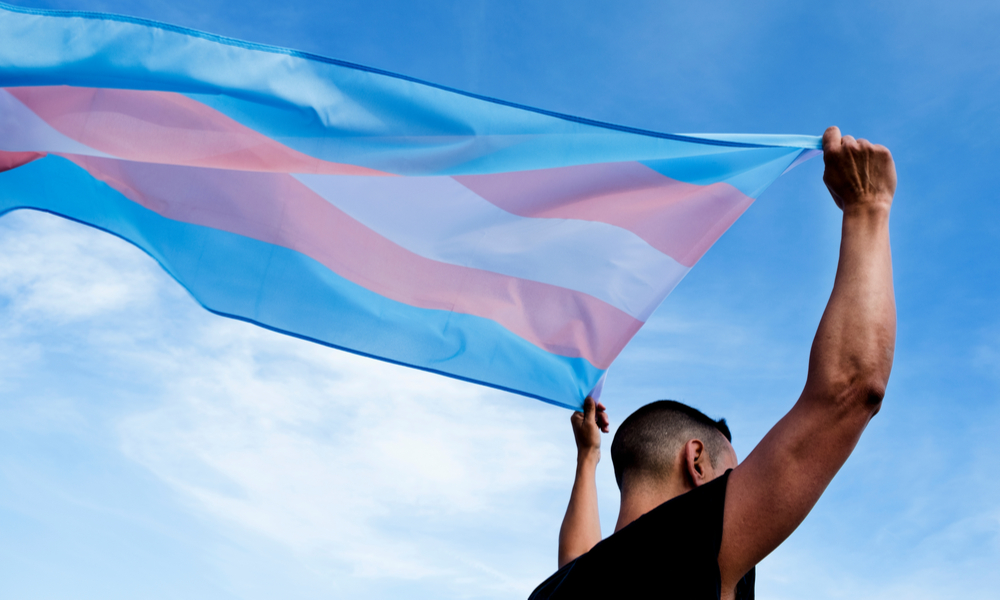 A Brief History of the Word ‘Transgender’

What’s in a word? The challenges of “transgender”.

Thanks to media coverage like the New York Times’ Transgender Today series, celebrities like Laverne Cox and television shows like Transparent, most people are becoming increasingly familiar with transgender culture.

Of course, trans-ing gender roles has occurred for centuries. And with help from collaborators from around the world, I’m in the process of building a digital transgender archive to help bring together the long and complicated history of humans who have trans-ed gender roles.

What few realize, however, is that the term transgender is new. The relative infancy of the word, along with fact that gender is understood differently in different cultures, presents a significant challenge for historical work in this area.

The history of transgender

The word transgender gained widespread popularity in the 1990s as an umbrella term to describe people who cross over — or trans – traditional gender roles.

“I, at least, know the difference between sex and gender,” she wrote, “and have simply elected to change the latter and not the former. If a word is necessary, I should be termed a ‘transgenderal.’”

Throughout her lifetime, Prince frequently sought recognition for coining the term — and she regularly attempted to control how the term was being used.

What’s particularly fascinating about this history is not the quest to determine coinage, but that even within its first five years of documented use, the term took on new, even opposite, meanings.

Currently, transgender is generally understood to be a broad category encompassing many gender identities and expressions, including transsexual, genderqueer and cross-dresser, among many others.

As it turns out, Virginia Prince would today be lumped together with the very people she sought to distinguish herself from in the first place.

What’s at stake with transgender

Given the breadth of experiences and identities the term now includes, transgender presents an opportunity for researchers to revisit historical figures, events and movements that may now be included under its umbrella.

At the same time, transgender presents numerous challenges. It can be applied anachronistically. It can reach too broadly to include those who wouldn’t want to be described by it. And it can minimize the unique identities and experiences of people in different historical moments and cultural contexts.

Though the term transgender has only been used in print for about 50 years, transgender-related practices have existed throughout history.

For example, in the late 18th century, a male-born French diplomat named Chevalier d’Éon famously identified, dressed and passed as a woman for more than 30 years.

D’Éon’s life was so notable that in 1913, the English sexologist Havelock Ellis coined the term eonism — in honor of d’Éon — to describe similar cases of cross-gender living.

But should d’Éon be considered transgender when the identity didn’t exist at the time?

Take another example: two-spirit is a term used by American Indians to describe individuals who possess both masculine and feminine spirits. Two-spirit can clearly be connected with transgender, but what’s lost if we include such culturally specific identities under the transgender umbrella?

Of course, throughout human history, a host of other individuals might have been included under a broadened definition of transgender. As these examples show, the encompassing nature of transgender helps to bring together the widespread practice of trans-ing gender. But it also risks erasing the historical and cultural specificity of these practices.

These are some of the many challenges we’ve encountered while creating the Digital Transgender Archive (DTA), a new project that seeks to create an online hub for transgender-related history.

This project is a transnational collaboration among more than a dozen archives, including university-based collections, historical societies, nonprofit organizations and private collectors. To improve access to transgender history, the DTA virtually merges these disparate archival collections, digital materials and independent projects.

In order to begin to address the challenge of using the category of transgender to cohere materials without losing sight of their historical and cultural contexts, the DTA treats transgender as a practice rather than an identity label. In other words, the archive includes any materials related to trans-ing gender, not merely materials created by or about transgender people.

We are developing a number of resources to address the imprecision of the term transgender with respect to time, culture, and individual identities. For example, we have created an extensive glossary of culturally specific gender identity terms — such as hijra (South Asia), māhū (Hawaii) and travesti (South America) — many of which also appear in the digital materials we are collecting.

Our hope is that, for the first time, anyone interested in trans-related history will have quick and easy digital access to a wealth of sources and materials.

KJ Rawson is an Assistant Professor of English of College of the Holy Cross.

A Brief History of the Word ‘Transgender’