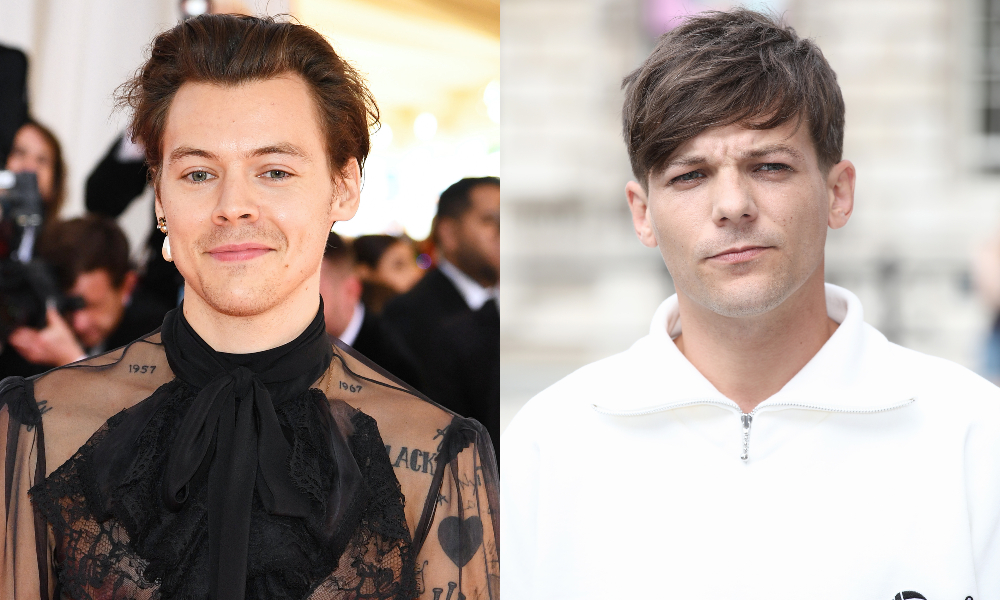 Still the latest episode of HBO’s Euphoria, titled “Made You Look,” has left Stylinson satiated fans’ thirst with a racy NC-17-rated scene. In the animated sequence, the two men give each other head and bang backstage.

The latest episode of ‘Euphoria’ focused on a character who’s a popular fanfiction writer.

During the show, an animated NC-17-rated fan fiction scene with 1D’s Harry Styles and Louis Tomlinson was shown, and fans are asking for the scene to be removed. https://t.co/xBV2oEUBhZ

The imaginary moment is narrated by Zendaya, who plays 17-year-old drug addict Rue Bennett on the show.

Some One Direction fans criticized HBO for televising the scene without Styles or Tomlinson’s knowledge or permission. Many called the moment “uncomfortable,” “disrespectful,” and “disgusting.”

Fuck You I hope Harry & Louis Sue you. @euphoriaHBO so disrespectful to use their names that way.

just saw the euphoria scene of harry & louis & i’m so disgusted. louis clearly said that the ship ruined their friendship & some prick decided to air that on tv with their real names for everyone to see… if we’re this uncomfortable i can’t imagine how they’re feeling

that new Harry & Louis episode on Euphoria was distasteful. how dare they re-create a watt pad fan fiction that made both guys uncomfortable. this ‘larry’ thing has gone on for far too long. it’s basically ruined their friendship and none of y’all care.

Y’LL FUCKING BULLSHIT. I will not support @HBO @euphoriaHBO, this is so disrespectful to Louis and Harry. Louis didn’t even approve it because no one contacted him about this.
Yes I’m a larrie but I don’t like this, this is so disgusting. I hope it will get deleted.

Styles has yet to respond to the fan fury, but Tomlinson simply tweeted: “I can categorically say that I was not contacted nor did I approve it.”

I can categorically say that I was not contacted nor did I approve it.

In an interview with Hollywood Reporter, one of Euphoria star Barbie Ferreira revealed she’s a big fan of One Direction. She went on to explain why the Louis-Harry ship storyline meant so much to her.

“When I first read the script, that was the first thing that popped out to me, because I can relate to that as a 22-year-old woman who lived through the One Direction age,” she said.

“It’s such a reality for so many people, and so many children and teens that are fans just have this escapist world. You completely give yourself to this persona of a person you don’t even know, or five guys, and imaging the way they interact the escaping from your own reality.

“It’s really interesting to me because I was definitely a part of that, where I wanted to escape my own life and focus on others because it was easier and felt more meaningful.”

Watch the controversial scene below!