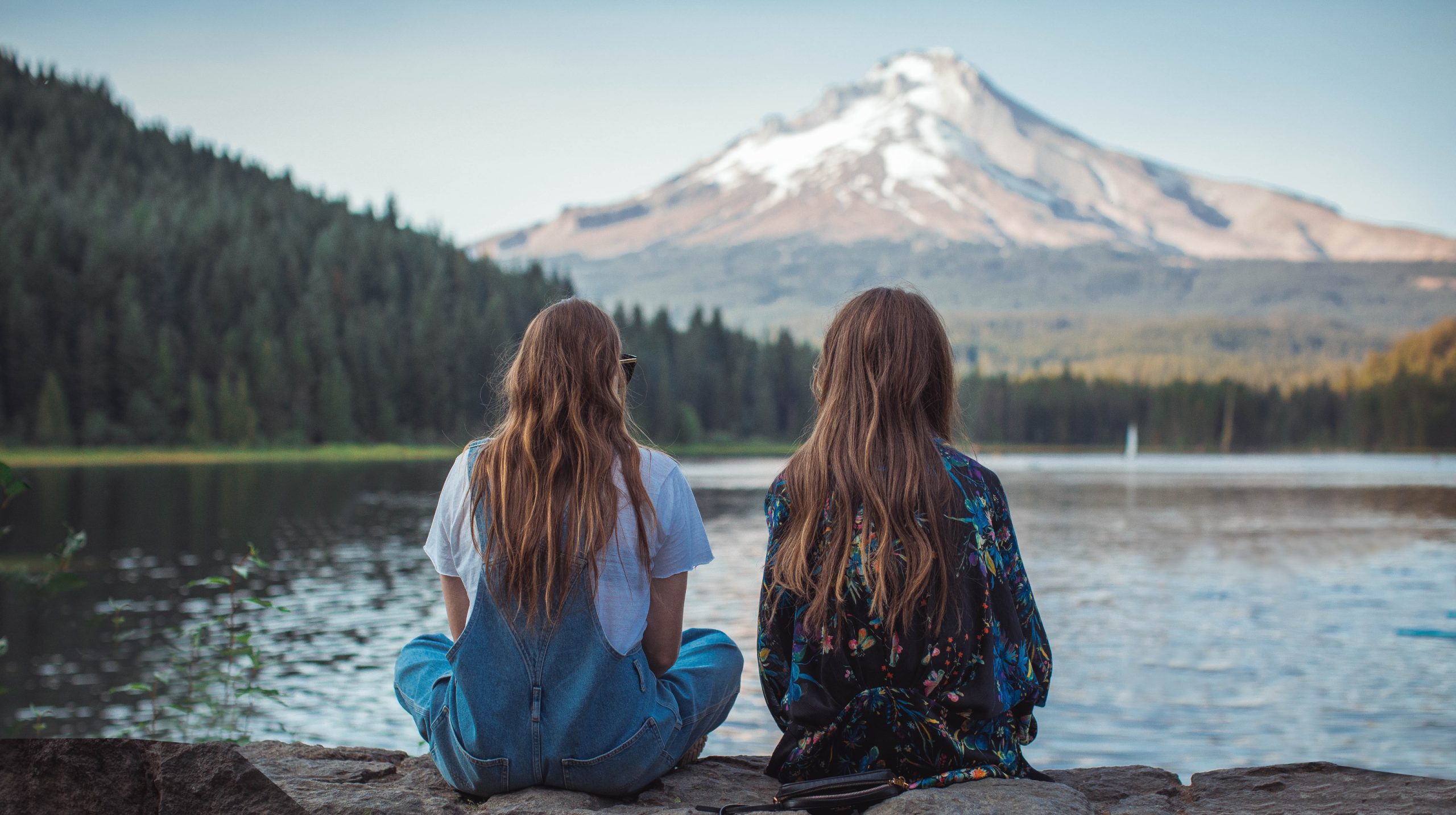 Sandwiched between Washington and California is Portland, Oregon’s city center. Home to a diverse and multicultural population, the City of Roses has been an LGBTQ-friendly haven since the 1970s.

As a popular destination for gay travel, there are countless fun things to do in Portland for LGBTQ+ visitors. This is especially true if you love good food, chill vibes, and a bumping nightlife scene.

Read on to plan your very own gay Portland vacation!

Portland has a large concentration of progressive attitudes. The city ranks in the top ten nationwide for the percentage of LGBTQ+ residents in the population. Portland has a very accepting and liberal culture, with most establishments being gay-friendly. Gay and lesbian bars are not hard to find, with many going strong after decades of operation. 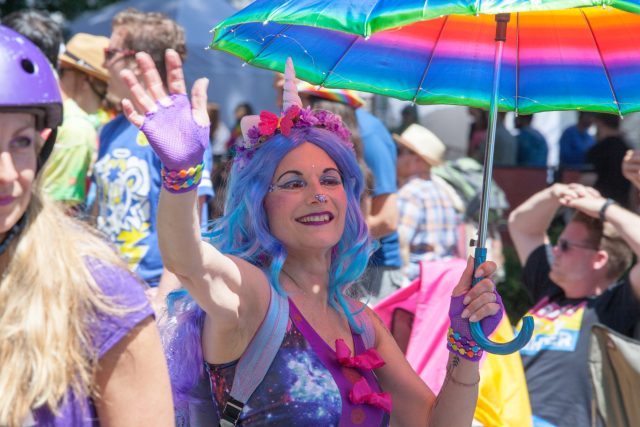 When To Visit Portland

It’s best to visit Portland during the summer months so you can experience the best the city has to offer. Portland’s culture is exemplified by its numerous outdoor activities, which are best enjoyed during the summer.

Portland’s most popular gay events happen in June, but events and activities are happening all year round. LGBTQ+ film fests, weekly gay karaoke nights, and gay pageants are commonplace in Portland.

Looking for fun and fabulous activities to try during your Portland stay? Here are some must-sees and dos for those planning gay Portland vacations!

When Is Gay Pride In Portland?

Gay pride in Portland happens during Pride Month in June. Portland Pride Festival and Parade is Portland’s biggest gay event of the year, and spans three days, with the Pride Parade traveling through downtown Portland and continuing into the weekend-long festival held in Waterfront Park.

The Portland Pride Festival is the single biggest event for Oregon’s LGBTQ+ community. It’s a time for everyone to come together and celebrate what makes them unique. LGBTQ+ organizations, businesses, and communities use the festival to showcase what they’re all about. The festival is also a way to (hopefully) attract new supporters, volunteers, clients, and connections.

Portland has been celebrating gay pride since 1970 with indoor events. The first outdoor pride celebration took place in 1976. Community-specific pride events are held alongside the main Pride Festival and include Portland Black Pride and Portland Latinx Gay Pride, which focus on holding events that provide opportunities and visibility to their respective cultural communities. 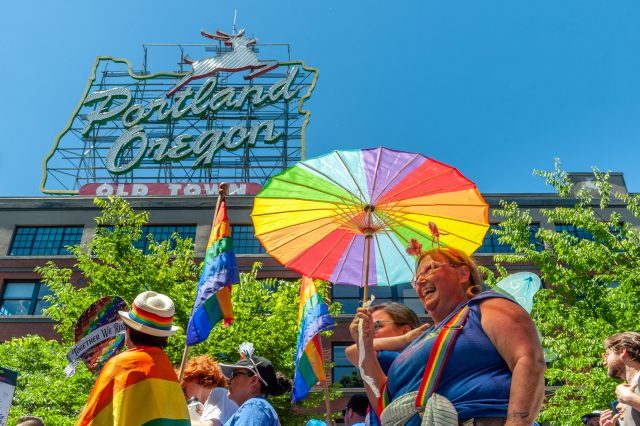 The Portland Queer Film Festival is an institution in gay Portland with over 20 years of history. This week-long film fest showcases documentaries, full features, and short films that are about, made by, or of interest to the LGBTQ+ community.

Something to watch out for during Pride Month is the Gay Oregon Pageant. The pageant is hosted by Oregon’s oldest LGBTQ+ organization, the Imperial Sovereign Rose Court of Oregon. Held at the iconic CC Slaughter’s drag bar, this pageant crowns Mr., Mx. and Miss Gay Oregon during a night full of dancing, drinking, and gay performances.

Where To Stay In Portland

Hunting for the hottest hotels in Portland? Here are some of the best gay Portland hotels you’d want to check out – and then check into!

1022 SW Harvey Milk St.
The Ace Hotel Portland is located in the heart of downtown Portland, just a short walk or trolley ride away from some of the city’s hottest spots. Choose from a variety of room options, depending on your needs and budget. Enjoy your own space in a deluxe room, or save on the hotel fees by taking a chance on a shared room.

Located within spitting distance of some of the best nightclubs in Portland, you can have a night on the town without having to travel too far from your lodging. Even if you decide to stay in the hotel, you can still have a good time at the basement speakeasy of Ace Hotel, Pepe Le Moko. 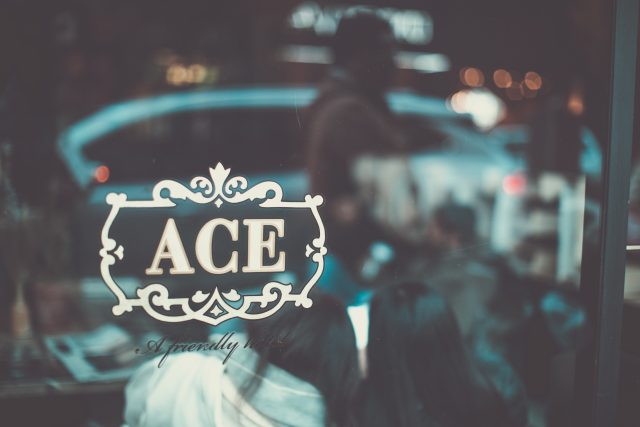 50 SW Morrison St.
One of the best gay resorts Portland has to offer is the Hotel Rose by Staypineapple. Located in downtown Portland, this hotel is designed specifically to attract gay travelers. Expect to be pampered with excellent dining options, respectful service, and a meticulous eye for interior design.

Every so often, the Hotel Rose offers discounts for members of the LGBTQ+ community. Watch their website to snag a sweet deal for your stay.

800 E Burnside St.
Standing tall in Southeast Portland is the Jupiter Hotel, the city’s original boutique hotel which has been in operation since 2004. Focused on giving guests a luxurious experience with a welcoming atmosphere, it’s no wonder that the Jupiter Hotel is popular with the gay crowd.

You don’t even need to leave the Jupiter Hotel to experience the city vibe of Portland. With two restaurant partners and a music venue, the arts and music scene is easily accessible from the hotel itself.

Where To Eat, Drink, And Party In Portland

Enjoy a taste of what the City of Roses has to offer by visiting some of Portland’s fine local establishments.

A Portland institution, Pine State Biscuits is famous for its Reggie Deluxe. If you’ve never had one, prepare for an enormous fried chicken sandwich on a homemade biscuit, made with cheese, gravy, bacon, and a fried egg. If you don’t want the potential cardiac arrest risk, Pine State Biscuits also offers a variety of satisfying sandwiches to suit your palate. 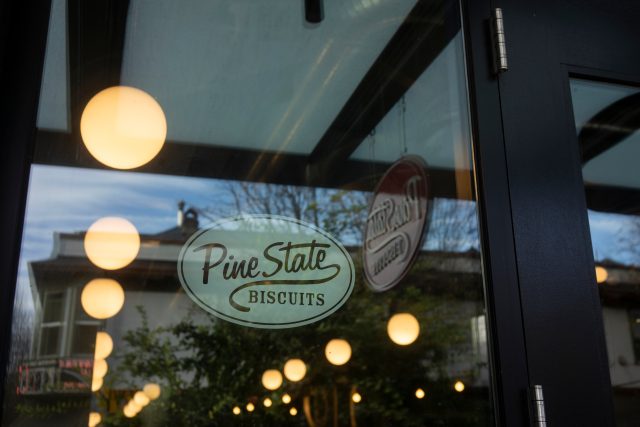 Serving elevated diner food, Cadillac Cafe is as iconic as the car that it’s named after. This popular Portland breakfast spot is built around a beautifully maintained 1961 Cadillac that was driven by owners Rod Brackenbury and Terry Hughes. Visit this classic American diner if you’re looking for a relaxed environment in which to enjoy a comforting plate of breakfast food.

830 E Burnside St.
The Doug Fir Lounge is one of the best places to experience Portland’s buzzing indie music scene. A cozy cabin vibe awaits patrons who want to enjoy a nice night full of good drinks and mellow music. The Doug Fir Lounge is in a very accessible spot, located next to the Jupiter Hotel.

1125 SW Harvey Milk St.
Legendary among Portland gay bars, Scandals has been a fixture in the city’s gay scene for over 40 years. Live entertainment, well-made drinks, and an easygoing vibe make this one of the more popular gay bars in Portland.

219 NW Davis St.
The beating heart of Portland’s gay scene, CC Slaughter’s is the city’s most notorious gay nightclub. Featuring drag bartenders, nightly DJs, and a weekly drag show, you can dance and drink your heart out in this LGBTQ+ Portland institution.

A variety of LGBTQ+ events also take place in CC Slaughter’s every year, with the Gay Oregon Pageant being one of Portland’s most anticipated shows.

208 NW 3rd Ave.
If you’re a connoisseur of drag, you have to take a trip to Darcelle XV, Portland’s most historic gay bar and nightclub. The owner of the club is Walter Cole, recognized by the Guinness Book of World Records as the world’s oldest working drag queen.

Darcelle XV & Company has been delighting the club’s audiences for over 50 years with a variety of drag performances, from lively musical numbers to comical cabarets. If you’re looking for dinner and a show in one place, Darcelle XV is one of the best places to go.

Before planning a gay Portland vacation, it’s good to keep basic travel etiquette in mind. Make sure to be respectful of the local culture, and don’t be overly loud or belligerent in shared public spaces.

Other than that, there are a couple of states and city-specific laws you should be aware of if you’re planning on visiting beautiful Portland. 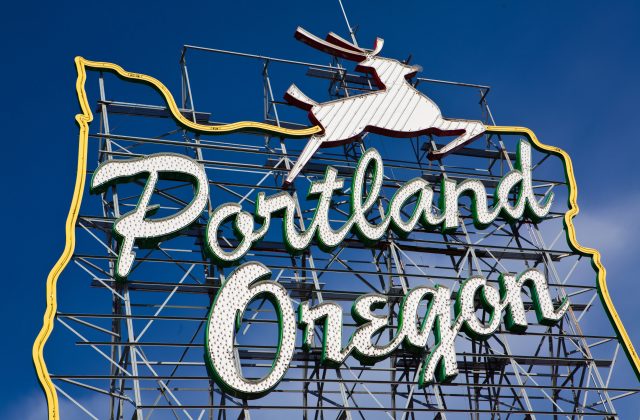 In accordance with Oregon law, bars are required to stop serving alcohol past 2 AM, with most bars giving you until 2:30 AM before closing up for the night. If you’re planning on doing a bar crawl, you’re free to keep looking for a new watering hole until then.

Public intoxication isn’t illegal in Oregon because it’s considered a public health issue, and not a crime. That’s not a free license to drink just anywhere, though, as some local government units ban drinking in certain public areas such as parks or public beaches.

With COVID-19 restrictions around the country being lifted, Portland’s public health policies are easier to comply with. You’re no longer required to quarantine for 14 days regardless of vaccination status, and social distancing restrictions are no longer in effect throughout the entirety of the state.

Wearing a mask in public is no longer mandatory, but you still need to wear a face mask in a healthcare setting. The Oregon Health Authority still recommends wearing a mask when on public transportation, which includes trains, buses, airplanes, and airports. 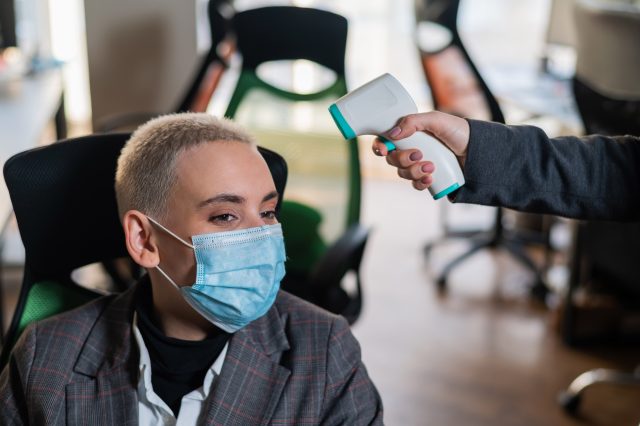 There are many bars, hotels, and gay neighborhoods in Portland that make it an LGBTQ-friendly destination. If you’re planning a weekend away in this bustling city, check out our guide and add our suggestions to your bucket list. From incredible restaurants to exciting clubs, there are plenty of options listed here for you!