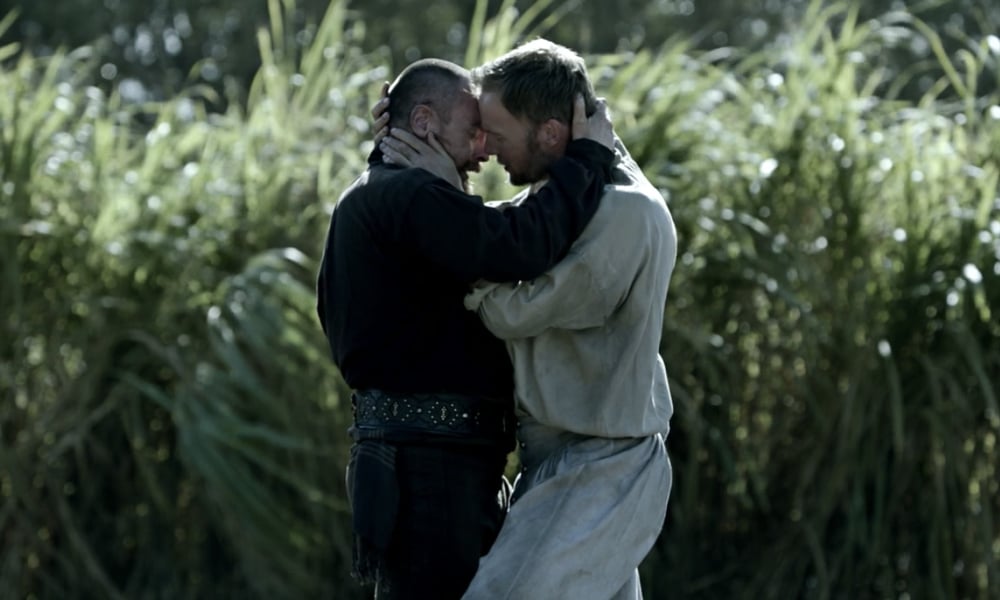 Meet the Queer Pirates of the Golden Age of Piracy

Have you ever wondered if there were gay pirates?

Not long ago on The Pride Podcast, host Levi Chambers spoke with pirate scholar and historian Rebecca Simon about the very real gay pirates who sailed the seven seas. The episode focuses on same-sex relationships among pirates during the Golden Age of Piracy. It’s a period in which there were three major spikes in maritime piracy during the 17th and 18th centuries. The Golden Age of Piracy lasted just about 75 years, and during this era it’s estimated that there were more than 5,000 pirates at sea.

Unsurprisingly, some of those pirates were unapologetically gay. Although many historians debate the existence of relationships among gay pirates, some believe they may have been the norm. Pirates already lived outside of social standards and were generally rebellious. So even though same-sex relationships were illegal and punishable by death at the time, so was piracy.

“Pirates were people who sailed outside the law regardless and against all social norms.”

Meet the Gay Pirates of the Caribbean

In the episode, you’ll learn all about the commonness of same-sex relationships during the Golden Age of Piracy. Plus, you’ll come face to face with some of the fiercest queer pirates who ever lived and examine the marks they left in history.

Get ready for an adventure 350 years in the making! Listen to the episode below and be sure to subscribe on Apple Podcasts, Spotify, or wherever you get your favorite podcasts!

Meet the Queer Pirates of the Golden Age of Piracy