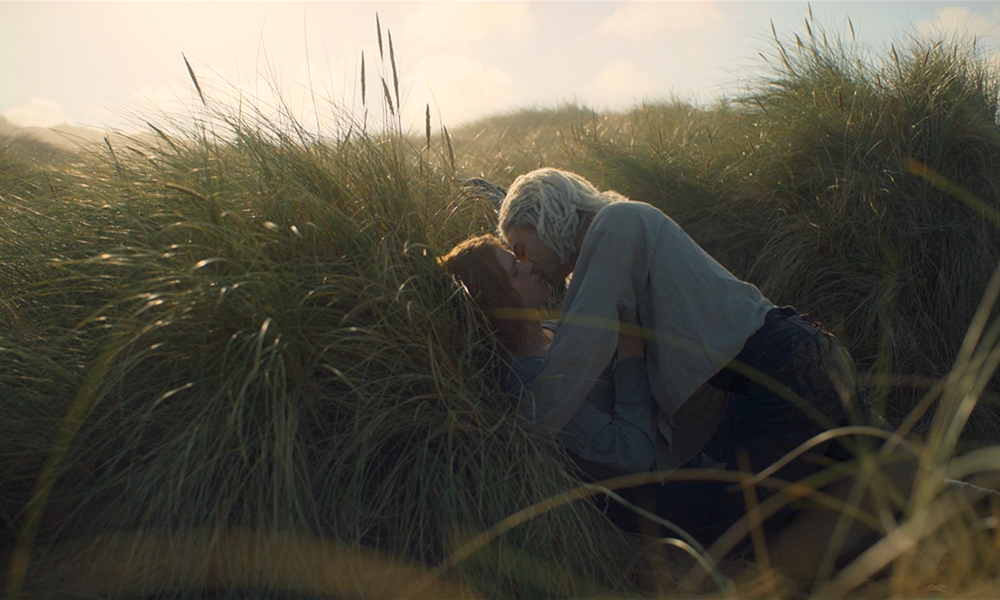 First Confirmed Gay Characters Come to ‘House of the Dragon’

This article contains spoilers for S1E5 of House of the Dragon.

House of the Dragon finally got its first confirmed gay couple! After quite a bit of teasing, we finally got the gay relationship we were waiting for. Laenor Velaryon and Ser Joffrey Lonmouth make a handsome couple, but it’s not all Pride flags and rainbows at House Targaryen. The Game of Thrones franchise doesn’t have the best history regarding lasting LGBTQ+ representation. LGBTQ+ characters are few and far between on the show for a world as deep and rich as the one George R. R. Martin created. When we do see them, they rarely get the treatment they deserve. Five episodes into House of the Dragon, it seems this Game of Thrones prequel will be equally disappointing. 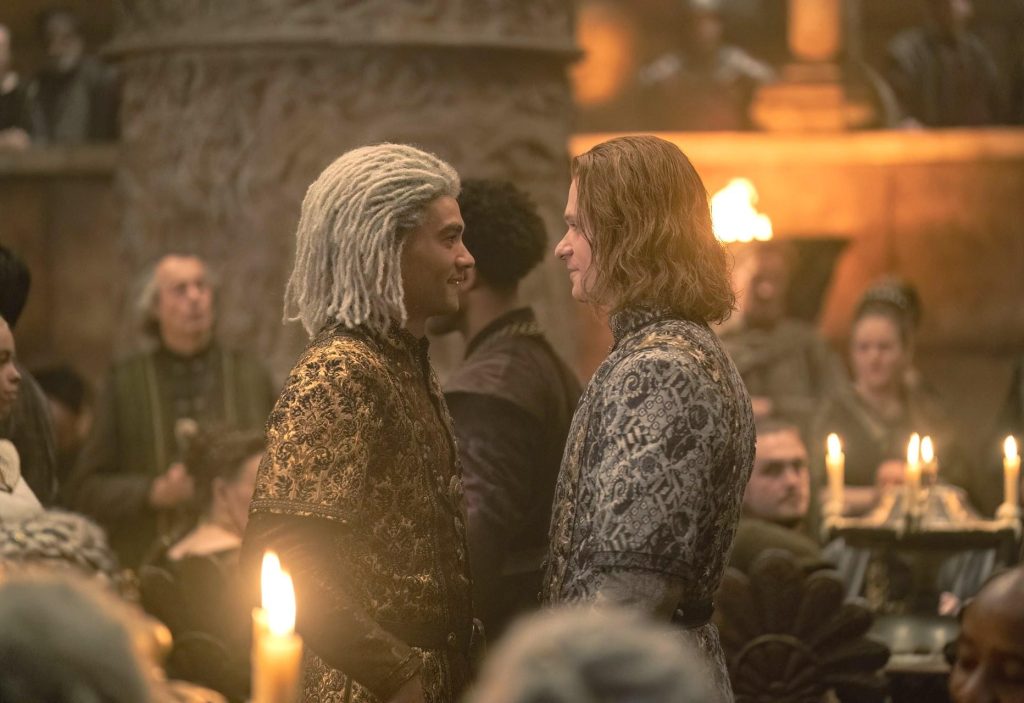 Fans of Fire & Blood, the book House of the Dragon is based on, may be familiar with the gay rumors surrounding Laenor Velaryon. While never confirmed in print, the show took the leap and even gave Laenor a partner. There are some complications, however. You see, Laenor is betrothed to Rhaenyra Targaryen, Princess of the Targaryen. This is a marriage of convenience, intended to merge two powerful families and strengthen Rhaenyra’s claim to the iron throne. Martin’s books draw a lot of inspiration from European history, and this kind of arrangement is all too common.

The couple is expected to maintain a sense of relative normalcy, upholding their marital duties to one another and their families. They can, however, continue to “dine separately,” which here means they can each maintain their own separate love affairs. For Rhaenyra’s part, she is secretly in a relationship with Ser Criston Cole. A gay love affair within a marriage of convenience would be disappointing on its own. If you ask us, it’s a trope that has already been played out. We wish the disappointment ended there. 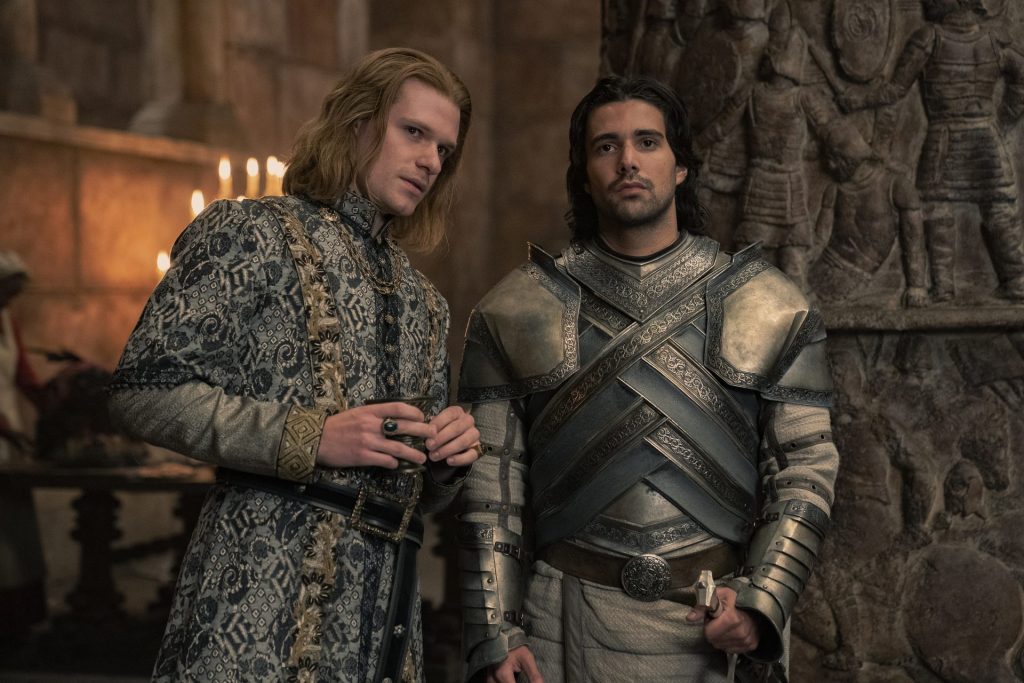 House of the Dragon: Bury Your Gays

You knew where this was going. The Game of Thrones franchise is notorious for killing people off, but this couple didn’t even make it past one episode. Not long Rhaenyra and Laenor’s married, Ser Joffrey told Ser Criston that he knew about their love affair. He implied that both he and Ser Criston should vow to keep one another’s interests private. Ser Criston eventually responds by brutally beating Ser Joffrey to death. Honestly, that has to be some kind of “bury your gays” record.

For those uninitiated, the “bury your gays” trope is a long-standing tendency for media to kill off queer characters. It’s especially egregious when the circumstances surrounding the death hold relatively less emotional weight. A good example of that is when there has been little or no time taken to develop the characters or provide any real meaning to their death. There are lots of reasons this trope exists, but make no mistake, this is a well-documented phenomenon. Then there is also the matter of the “gay panic” in this storyline. It could be argued that Ser Criston responded in this way to keep his secret safe, but that falls apart when you consider how publicly he lashed out. This all smacks of homophobia and, in all honesty, it’s boring and painfully disappointing.

There is simply no excuse for giving your LGBTQ+ audience crumbs, while everyone else has full bellies.

First Confirmed Gay Characters Come to ‘House of the Dragon’