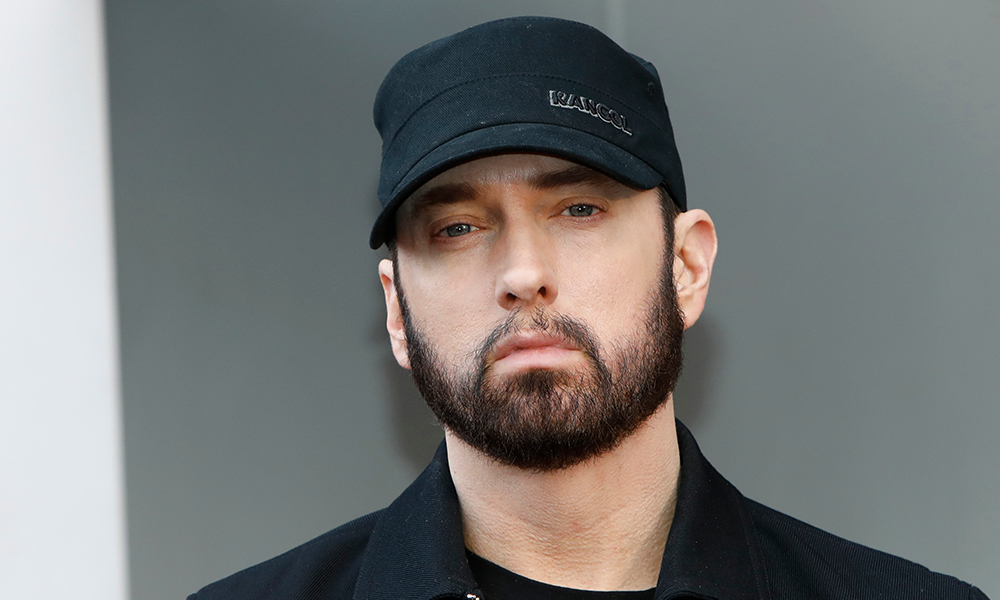 Does Eminem Support The LGBTQ Community? Or Is He Still Homophobic?

Is Legendary Rapper Eminem Homophobic To This Day?

Legendary rapper Eminem has gotten himself in hot water with the LGBTQ community on a few occasions. This is usually because of the homophobic and disrespectful lyrics across most, if not all, of his songs.

But is Eminem truly homophobic? Does Eminem support the LGBTQ community? Let’s take a look at the rapper’s eye-opening lyrics and thoughts on the gay community.

Eminem (a.k.a., Slim Shady or Double M) is an American rapper, songwriter, and producer. He’s known as the white rapper who popularized hip hop in middle America. Eminem is considered one of the greatest rappers to date.

His fame wasn’t without controversy, however, since the release of “Criminal” on his 2000 album, The Marshall Mathers LP. The lyrics read, “My words are like a dagger with a jagged edge / That’ll stab you in the head, whether you’re a f*g or les’ / Or the homosex, hermaph or a trans-a-vest / Pants or dress, hate f*gs? The answer’s yes.”

The media and his fans severely criticized him for the homophobic lyrics. This lead Eminem to do a Grammy collaboration with Elton John who has been famously gay since 1988. He even gifted Elton John and his husband David Furnish a pair of diamond penis rings for their civil union and expressed his support for gay marriage while talking to the New York Times.

“I think if two people love each other, then what the hell. I think that everyone should have the chance to be equally miserable if they want,” he commented, adding, “It’s the new tolerant me!”
It wasn’t exactly an apology and it still had a hint of homophobia, but it was a start. Whether the hip-hop community or gay people liked Eminem’s response or not, there was no further backlash or reaction at the time.

Eminem’s Attack Against Tyler, The Creator

It seems like Eminem didn’t learn his lesson. He released a song called “Fall” on the album Kamikaze nearly two decades after “Criminal” was released, with the lyrics directing homophobic slurs towards Tyler, The Creator:

“Tyler create nothing, I see why you called yourself a f****t’, bitch / It’s not just ’cause you lack attention / It’s because you worship D12’s balls, you’re sack-religious.”

It’s not clear why he was frustrated at Tyler The Creator. Possibly due to pressure, he later explained in an interview, “I was angry when I said the shit about Tyler. Every time I [see] this kid, [he’s] always so cool to you. I loved his energy… [But] at what point do I have to say something just to defend myself? And I think that the word I called him on the album on that song was one of the things where I felt like this might be too far.”

“In my quest to hurt him, I realize that I was hurting a lot of other people,” Eminem admitted.

Many celebrities criticized Eminem for his comments. Bon Iver lead singer Justin Vernon (who collaborated with the rapper on the song) said he called Eminem out and asked the producers to remove the homophobic slur on “Fall.” Imagine Dragons’ founder-singer Dan Reynolds also expressed his frustration towards the apparent homophobia.

However, big-name rappers like Jay-Z, The Notorious B.I.G., and Drake didn’t challenge Eminem on his lyrics, and nobody knows why. The rap community has been oddly quiet and hasn’t held him accountable for his “quest to hurt.”

As if to solidify his insincerity, Eminem released “Killshot” just days after, where he fired homophobic lyrics in retaliation against Machine Gun Kelly. This all began when Machine Gun Kelly tweeted, saying Eminem’s daughter Hailie is “hot as f*ck,” in which Eminem responded with, “You would suck a d*ck to f*kin’ be me for a second / Lick a ballsack to get on my channel.” However, Machine Gun Kelly doesn’t identify as gay.

Is Eminem Homophobic To This Day?

Eminem is still popular to this day despite his lyrics being violent, misogynistic, and homophobic. His recent album Music to Be Murdered By uses similar themes and language.

He later followed the surprise album with Music To Be Murdered By: Side B, where he tried to redeem himself for the diss against Tyler, The Creator, saying on the track “No Regrets”: “I can make a mistake and erupt and end up takin’ a dump / Or sayin’ some dumb shit, thinkin’ I run shit / Misplacin’ my anger enough to give / Earl and Tyler, The Creator the brunt / Shoulda never made a response to the disdain.”

But homophobia isn’t the only controversy that Eminem seems to be involved in. Through his lyrics, he also apologized for siding with Chris Brown on his assault against Rhianna and for flippantly referring to the 2017 Manchester bombing before.

Moreover, he taunted Billie Eilish in “Alfred’s Theme.” The young neo-goth pop star has shared that she’s scared of Eminem, preferring Childish Gambino. Eminem responded to this with: “But really I’m just fulfilling my wish of killing rhymes / Which is really childish and silly, but I’m really like this / I’m giving nightmares to Billie Eilish.”

In the track titled “Tone Deaf,” Eminem included a lyric about Bill Cosby, who was found guilty of sexual assault. Eminem raps, “Does Bill Cosby sedate once he treats the cheesecake and the decent steak?”. In another track, he dissed his ex-girlfriend Mariah Carey with the lyrics “What rhymes with Pariah?” on “These Demons.”

Is Eminem homophobic in real life? It seems like it. Does Eminem support the LGBTQ community? Probably not.

But for all his vaunted “honesty” and aggressive teenage-like vulnerability, Eminem’s hypermasculine persona continues to please his fans, allowing him to be a legend in hip hop.

With 220 million Eminem records sold worldwide and 52 million listeners on Spotify, Eminem remains one of the most iconic rappers of our lifetime – despite the disrespectful and homophobic slurs.

Does Eminem Support The LGBTQ Community? Or Is He Still Homophobic?