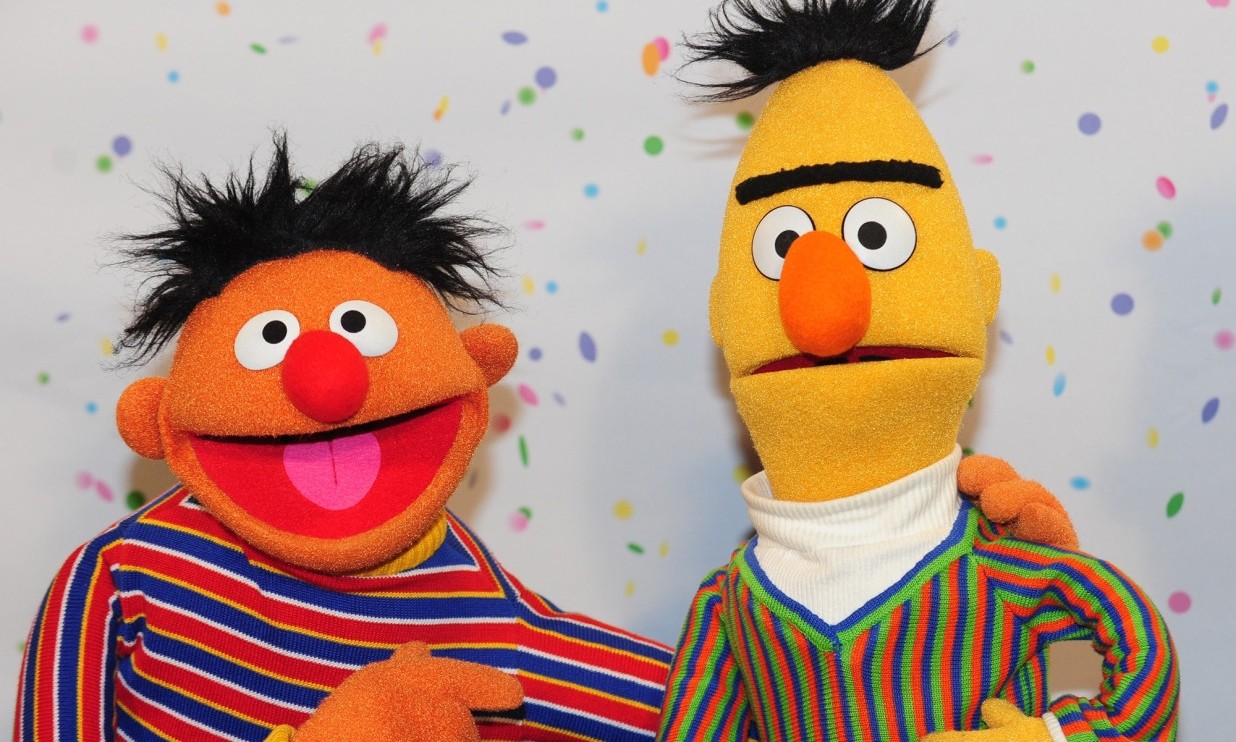 The Sesame Street characters Bert and Ernie have been under the relationship microscope recently. They are either “a loving couple”, according to a former writer of the show, or “best friends” with no sexual orientation, if you believe the program’s producers.

Like it or not, the duo have become gay icons since their creation in the 1960s. There was even a petition in 2011 calling for Bert and Ernie to get married on screen following the legalization of same sex marriage in New York.

Despite this, Sesame Workshop, the non-profit organization behind Sesame Street, has always maintained that there is nothing more to Bert and Ernie than friendship. In their latest statement, the company said that although they look human, they are puppets who teach that “people can be good friends with those who are very different from themselves”.

Please see our most recent statement regarding Bert and Ernie below. pic.twitter.com/gWTF2k1y83

The positive and negative influence of media on childhood has been debated for many years — from the impact of violence and consumerism to its role in cognitive and social development. But it certainly has a role in teaching — so why not about relationships?

The success of Sesame Street is partly down to a clever use of the television medium to represent “mundane contents in a highly appealing manner”.

When watching preschool television programs as an adult, we usually see the obvious educational links quite quickly. There is the schematic play of the Twirlywoos, the sustained shared thinking of the Imagination Movers, and the mathematical development of the Numberblocks who even have their own page on the website of the National Centre for the Excellence in the Teaching of Mathematics.

But do children see these in the same way? My own three-year-old watched an episode of the Numberblocks which focused on how 1 + 1 = 2, and at the end of the program she told me that “1” and “1” are best friends — in the same way that she and her friends are. When I asked her why, she replied that they must be friends because “1” let “1” stand on its head to make “2”.

To be completely honest, I had never thought of this. I was looking at the episode as a way of supporting basic mathematical understanding. But it got me thinking: am I, as an adult, missing messages or reading into children’s program too much? (In the UK, the CBeebies channel has a grown-up twitter account which includes the opportunity for parents to contribute their own “interpretations” of program.)

So it seems the main role of Bert and Ernie is to support children’s understanding of positive relationships. The makers of the show clearly consider this to be a hugely important developmental theme. And they are not alone. According to the most recent Early Years Foundation Stage Statutory Framework, positive relationships are part of the overarching principle of the learning, development and care of children from birth to five years old.

When analyzing television for preschoolers, positive relationships appear as a theme in a variety of ways. We have the cereal packet image of family with the married mum and dad of two children in Topsey and Tim.

Then there is the non-traditional family of Bing, a rabbit who lives with his carer Flop and all their friends based on the books by Ted Dewan. While these two program have different family set-ups, they both focus on how, whatever happens, if we are kind to one another our relationships will be strong enough to survive.

Problem solving as a means of strengthening relationships is a theme which continues through two of the most popular pre-school program of recent times: Paw Patrol (about a crack team of puppies and their human leader Ryder) and Blaze and the Monster Machine (featuring the machine and his human friend AJ).

In both, the characters face problems which they need to work together to solve. Blaze even includes an example of how not to behave through the cheating of Crusher and the way he uses his friend Pickle. Children find the resulting punishment of negative behavior hilarious and, in the case of my daughter, a strong feeling of superiority as she tells me why it happened and why he should not have done this.

She sees the content of these program as presenting the “right and wrong” way of carrying out relationships. She then uses these lessons to talk about other situations and what should and should not happen.

Regardless of the adult program writer’s narrative ideas, a child can reduce this back to the key themes of relationships, belonging and ultimately positive mental health — a skill we need to survive. As my daughter and Blaze both say: “Nothing beats best friends.” No doubt Bert and Ernie would agree.

Kerrie Lee is a Lecturer in Early Childhood Education at the University of Hull.