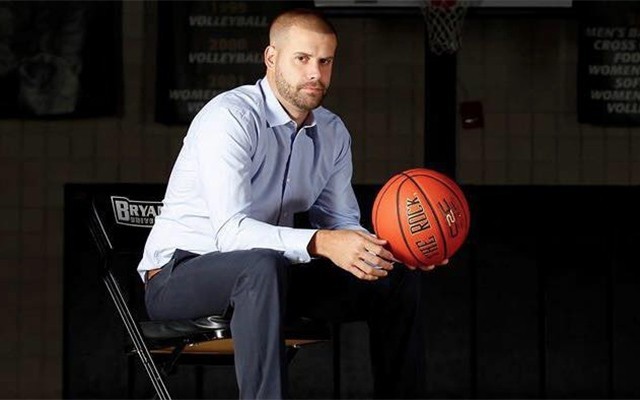 When a Division 1 basketball coach comes out, it’s a big deal for sports.

For the first time in Division 1 men’s college basketball there is an openly gay coach. Chris Burns of Bryant University in Rhode Island is blazing the way for athletes everywhere to come out and play openly. Although the internal struggle with his sexuality negatively affected him, the acceptance of those around him has been overwhelming positive. In an essay published in Outsports, Burns discussed his renewed faith in people.

“I’ve realized my fears were far worse than reality. I’ve realized that people, for the most part, are human beings first. For a guy who’s relatively cynical and can be negative, the reactions of people in my sport and in my life have shut me right up and reenergized my hope in the human spirit, in empathy…”

Does being gay mean athletes can’t hit as hard, shoot as far, or jump as high? No. But many participating in college and professional sports face adversity due to their sexual orientation. But, why?

Many believe the stereotypes associated with homosexuality directly challenge the attributes, although often stereotypes themselves, associated with athleticism and masculinity. When addressing his team, Coach Burns worried he too would face similar discrimination.

“There are parts of this business that lead me to believe what I’m about to tell you is not acceptable here… This is something I struggle with. It’s made me think I’m not supposed to be here… I’m a gay man.”

While every scenario is different, Burns hopes his public declaration empowers others to do the same.

“My advice: Take your time and be comfortable. Everyone’s personal journey is special and unique, and no one should feel pressure to do anything they aren’t comfortable with. But always know this: When the time comes to share your true self, you will feel so much love and relief and hope and freedom. It’s a truly special feeling, and I just can’t thank enough every single person who has helped guide and support me to this point.”

Congratulations, coach! Sounds like this experience was a slam dunk … or some other sports reference that makes sense.