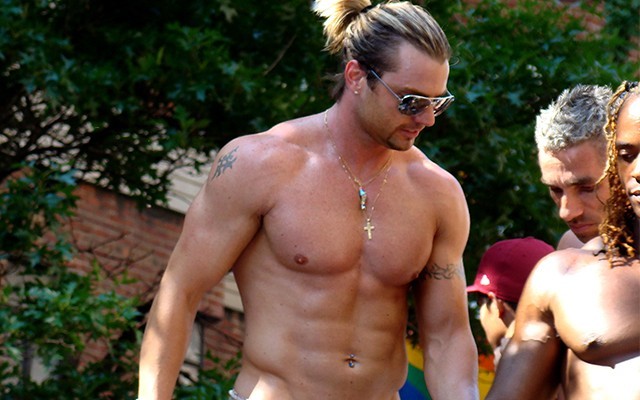 “All guys do it,” some gay guy told his girlfriend when she saw Grindr downloaded on her boyfriends phone.Really, all straight guys download a gay app used find hook-ups within walking distance? Guess this is part of the new bro-job phenomenon. Excuse us while we pick our eyes up off the floor, we rolled them so hard they fell out of our head.

“So the other day I found out that my boyfriend of like four years had downloaded Grindr (shamefully I was looking through his phone). He didn’t have a profile or anything but I confronted him and he told me that he looked as a joke and that all guys look up weird stuff like this. He said it was “just to see what the app was like” but that he is not gay or curious in any way.

Is the whole ‘all guys look at it’ thing true, should I trust him, or should I try to talk to him more about it? Kind of freaking out and really confused.”

What do you think? When a straight guy uses Grindr, Scruff or Jack’d, are they really straight?