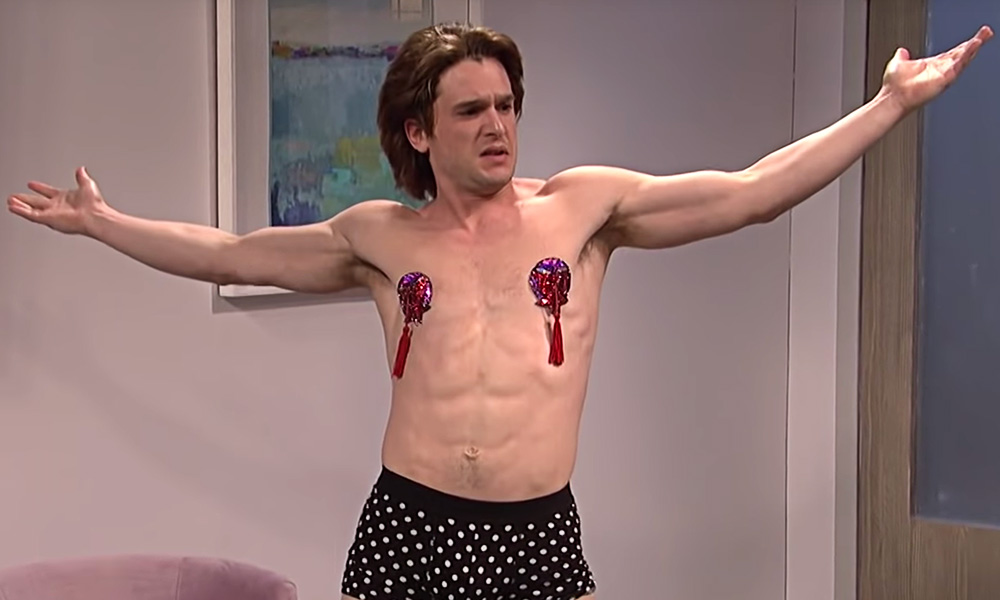 A Hairless Kit Harington Bares It All for SNL Bachelorette Party

It’s been so long since the seventh season of Game of Thrones that the sight of a smooth-faced Kit Harington on Saturday Night Live this weekend was jarring. His freshly-shaved face was swiftly overshadowed, by his performance in one of the show’s sketches. The scene involved a steamy striptease from Harington, which reminded us why we love Jon Snow.

In his first SNL appearance, the GoT alum co-hosted with songstress Sara Bareilles. Harington showed off his comedy chops in each fun sketch, many of which played off his most famous role, such as Game of Thrones: Special Victims Unit. He even addressed fans of the show who are hungry for spoilers about the upcoming final season.

Although everyone is smitten with his GoT role, on Snow, his performance on SNL stole the show. In the scene, Harington appeared on stage in a trench coat planning to surprise his fiancée at her bachelorette party. Though the world caught a glimpse of Harington’s heinie in the seventh season of GoT, the audience went bonkers when he appeared on stage in tasseled pasties and black pumps.

His dazzling performance was choreographed from the sidelines by his instructor (Kate McKinnon), a French woman who smokes two cigarettes at a time and introduces herself as a “teacher, prostitute, and ghost.”

Last week at the GoT premiere, Harington rocked his iconic Jon-Snow scruff, but by Saturday, he was beardless. Last year, he said that his most significant post-finale plan was to cut his hair.

Harington told Entertainment Weekly, “I’d like to step away and enjoy the obscurity, cut my hair, make myself less recognizable as the character, and go do and some other things with a completely new look and tone.”

A Hairless Kit Harington Bares It All for SNL Bachelorette Party