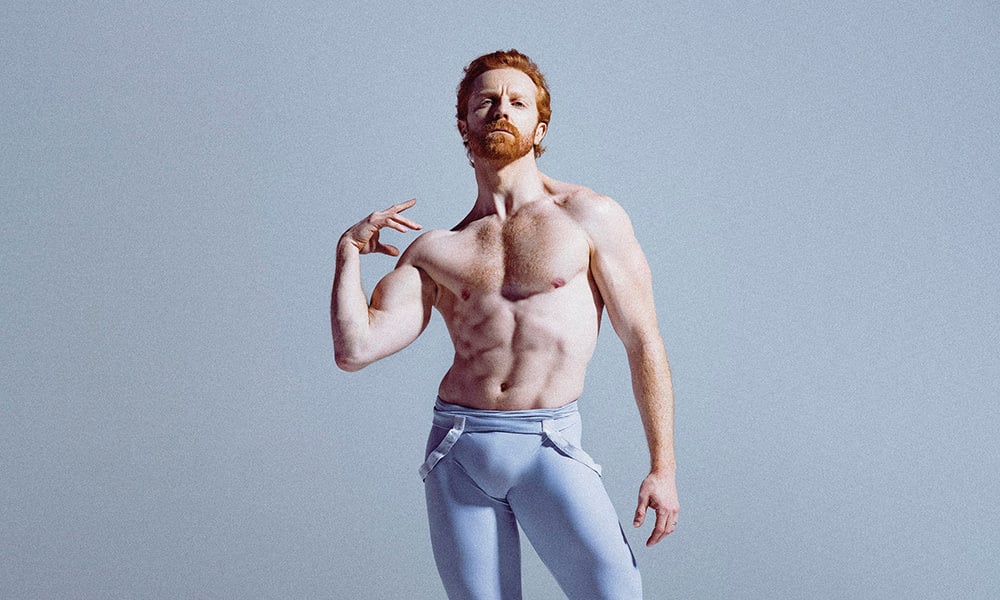 The new year is fast approaching and you have the decision to make. No, it’s not what gift to get your mother-in-law. No, it’s not some grandiose New Year’s resolution. It’s much more important than that. You have to decide what calendar to hang on your wall. All joking aside, there is quite a selection of calendars right now. To make matters worse, yearly frontrunners Red Hot have two calendars to choose from. Of course, there is everybody’s favorite Red Hot 2023, but this year they also did something a little different. Own It 2023 is a calendar for the risk-takers and trailblazers.

Internationally acclaimed photographer Thomas Knights captured redheads from all over the world, each of them the main characters of their own success stories. Dancers, singers, models, and athletes, these redheads are showcased in a calendar that celebrates what makes them unique. More than that, it asks them to own it.

Own It For A Cause

Red Hot has a history of showcasing ginger excellence while also raising over £70,000 for various charities. They include Movember, the Elton John AIDS Foundation, Athlete Ally, The Anti-Bullying Alliance, and The Diana Award. This year Red Hot is supporting the Terrence Higgins Trust, which is working to end HIV transmission in the UK.

Join us as we travel forward through time on a walk through 2023. There we can get to know the stories featured in the Own It 2023 calendar, and see what lessons we can learn.

We start the year strong with a professional figure skater, Joe Johnson. For Joe, doing what you love is what counts and success often follows. “Every time something is enjoyable it is worth it,” says Joe. “As long as you’re being kind and gentle and not hurting anybody.”

Owning who he is did not come automatically to Joe. Joe says he was originally convinced to dye his hair brown when competing. Thanks to guidance from an Olympic coach, Joe eventually stopped. She told him his red hair would be “his signature,” and help him stand out. 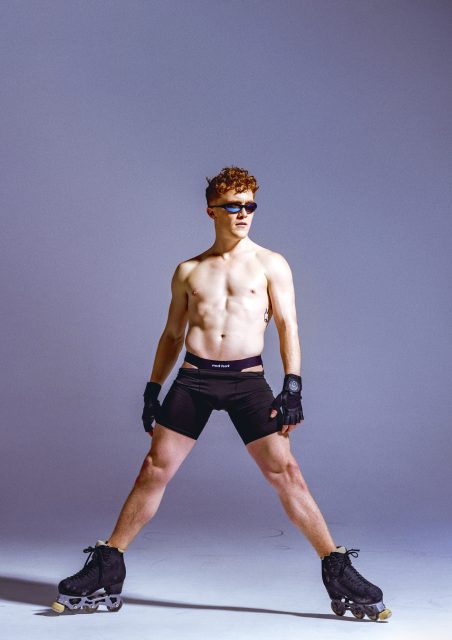 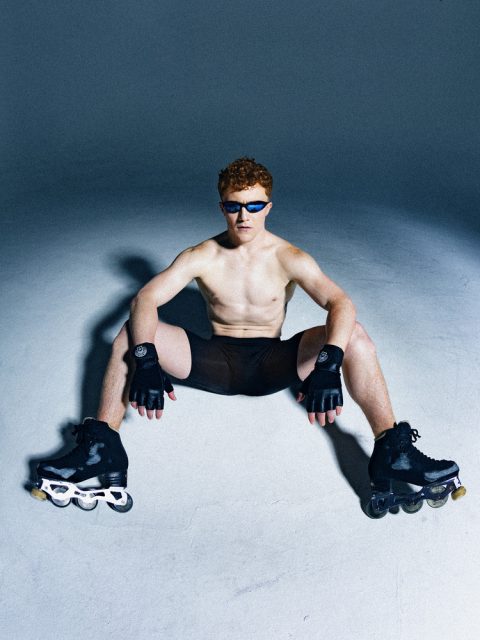 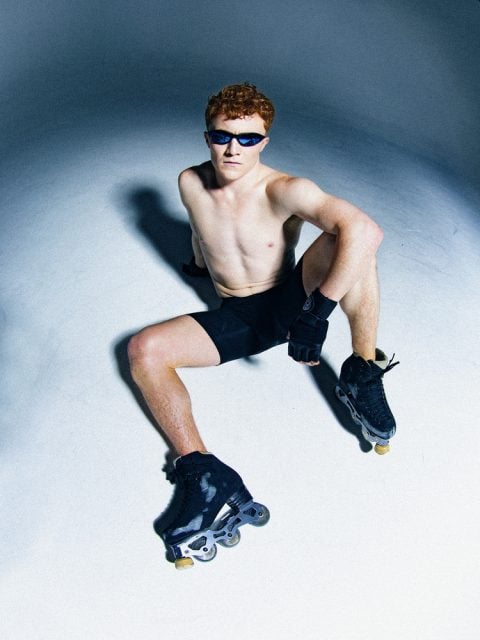 Next up is Daniel James Greenway, a freelance dancer who took this opportunity to share his HIV-positive status with the world. “This campaign is the first time that I’m going public with my status,” says Daniel. “My journey took time, but I can now say that I’m HIV positive and undetectable.”

Daniel says that since his diagnosis he has grown to be a more compassionate, understanding person. “I genuinely believe that it’s one of the best things that ever happened to me,” says Daniel. “That journey took time, but I’m so glad that I’ve come out the other side.” 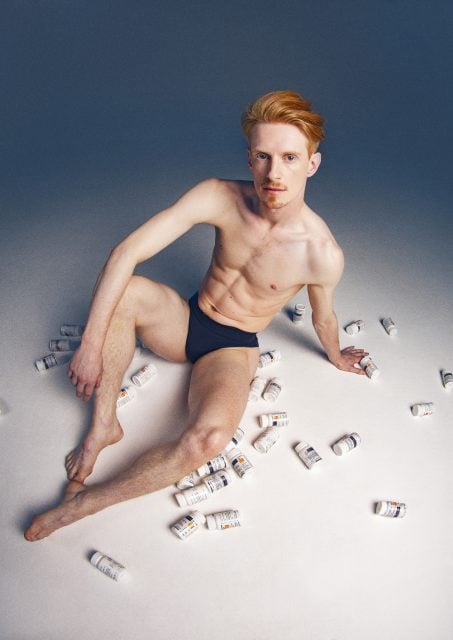 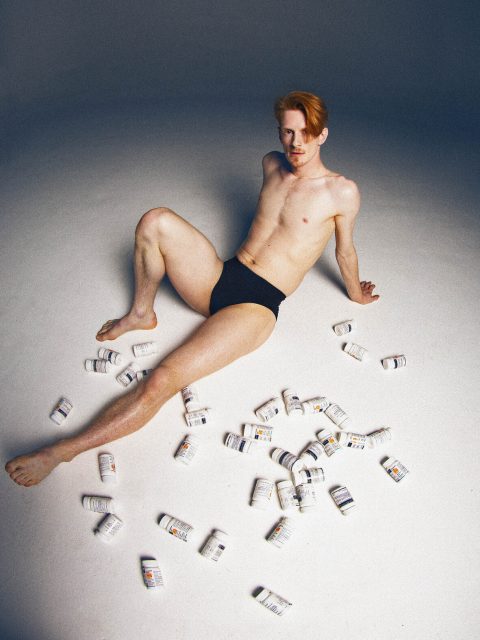 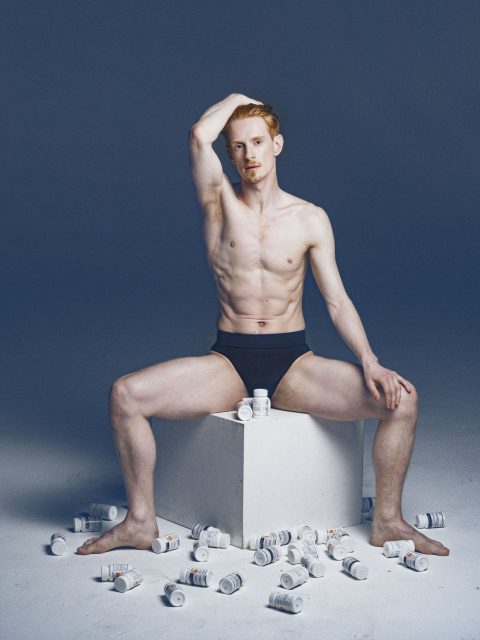 Our March model is TikTok star, Jay Beech. Jay is known for his dance, lip sync, and vintage fashion content. “Being on TikTok, the main turning point in my confidence was that I finally felt seen,” says Jay. “It completely changed my mindset: don’t sit behind the screen admiring them, become them.”

Related | 94 Photos of Wild Boys and Birds by Walter Jenkel

Jay also opened up about his journey with ADHD, something he once thought was his biggest weakness. Now Jay is owning it, saying he now views it as his biggest strength. 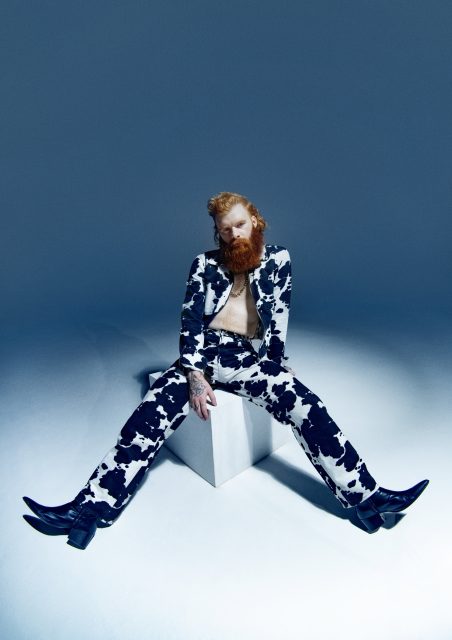 As we enter into April we meet Jamie Boy King, a tattoo artist based in London. Jamie says he started tattooing himself around the time that he came out. “It was a way of me creatively guiding myself through that phase,” says Jamie. The art form unlocked a new world for Jamie, one that gave them autonomy over their body.

It is this kind of bodily autonomy that empowers Jamie to live more fluidly, just as he is. “Fluidity to me is the freedom to be who you are and to change.” 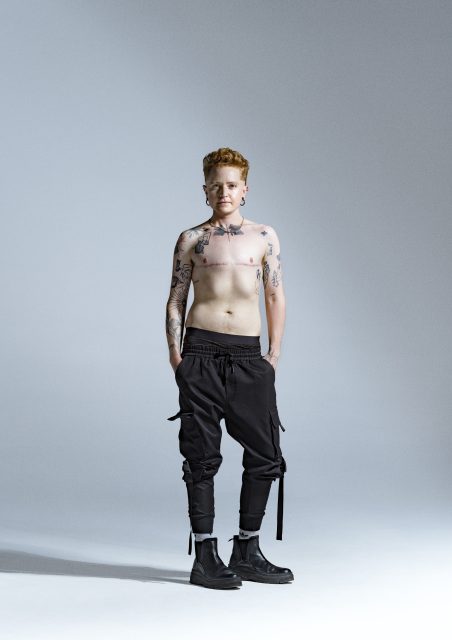 As may flowers, we are introduced to 30-year-old British actor and model Max Parker. His story as a gay, ginger actor may surprise some. Redheaded male leads aren’t exactly common, much less gay ones. Max says he’s been very lucky with his experience and credits his success with embracing who he is.

“Just being yourself opens so many more doors than you would think,” says Max. “The world is better in technicolor, and red definitely deserves to be on the big screen.” 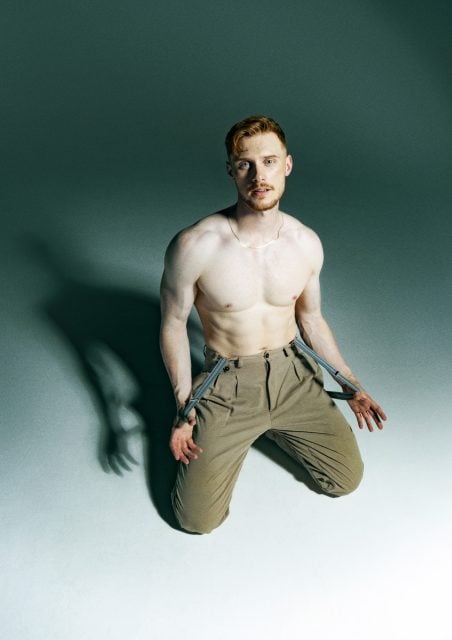 We are now firmly in summer, and as you may know, June is the month for Pride. But Pride isn’t so easily won. Oftentimes you have to fight for it. Personal trainer and gymnast Sam Okojie is intimately familiar with this fight. Sam says his experience growing up ginger as a Black man was disbelief.

“People didn’t really believe it,” says Sam. “The average white person doesn’t have to prove they are ginger. I constantly have to prove who I am.” Although he shouldn’t have to, Sam is not one to back away from a challenge. “I think being vulnerable is one of the best things you can do,” says Sam. “You get to know people for who they are.” 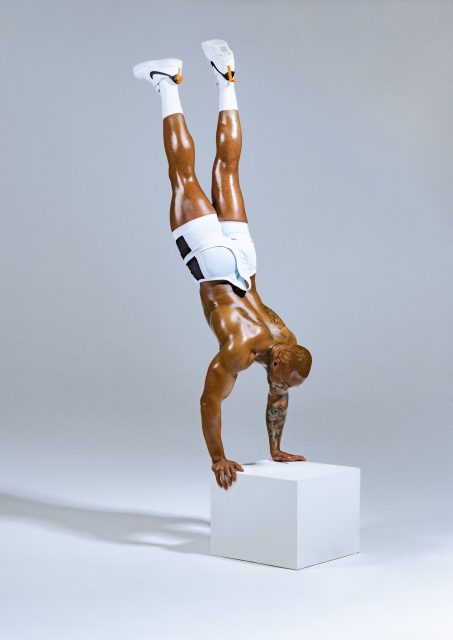 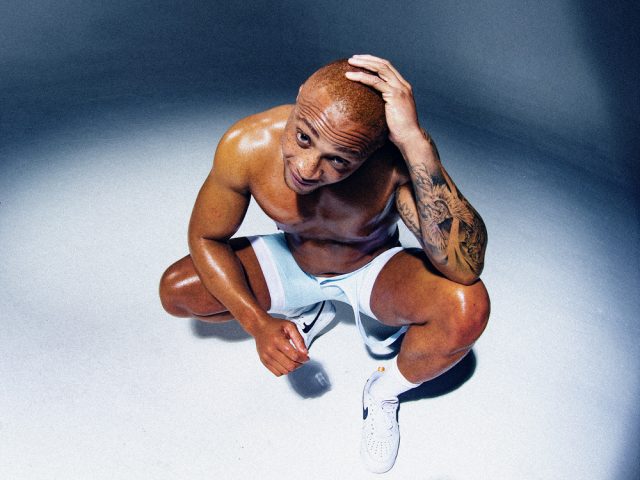 As the summer continues to heat up we meet burlesque performer and choreographer, Dale K. Also known by their stage name, Ego Valentino, Dale has been on quite the journey with their gender identity. “For a long time I would say I was toxic masculine actually,” says Dale. “I was really trying to overcompensate for myself.”

Dale says that things changed when they started working with drag queens and meeting people with different gender identities. Although they say they had a lot of unpacking to do, they eventually arrived at a place of owning their femininity. “Once you’ve identified what’s special about you, take it from there, and own that sh*t,” says Dale. 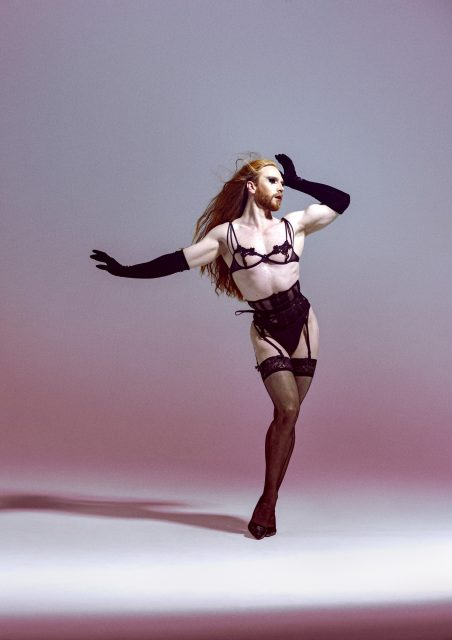 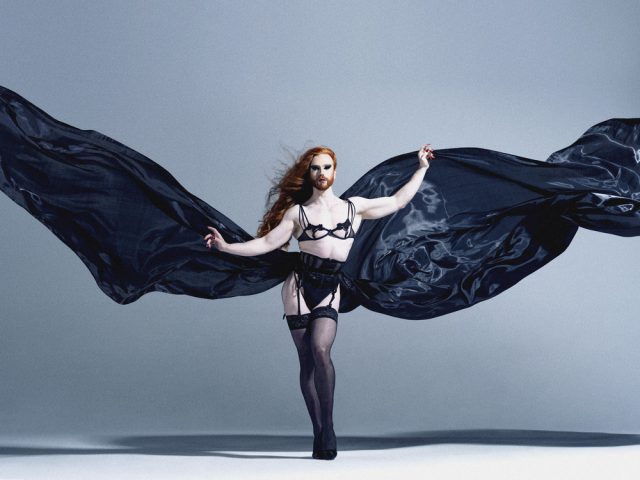 Photographer of this series and Red Hot’s very own Thomas Knights is here to greet us for August. Thomas recounts a time when he dyed his hair blond, ashamed of being a redhead. Thomas says that shaving off his badly dyed hair and embracing who he is, took over 10 years.

“I would love this Own It campaign to inspire young people and anyone struggling with being different,” says Thomas. He hopes it can help empower them to “celebrate the things that make them unique.” 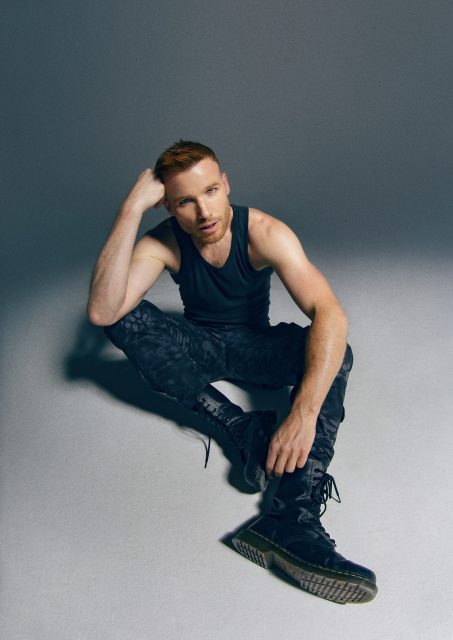 Autumn has arrived and with it, actor, model, and gogo dancer, Chris O’Mara. It’s very appropriate then that Chris’ rise is made more poignant because of his fall. Chris talks about an injury that he refused to allow power over his future.

“I can do a hell of a lot and I have worked incredibly hard to be able to do these things now,” says Chris. “I own what I can do and am proud of where I got to.” 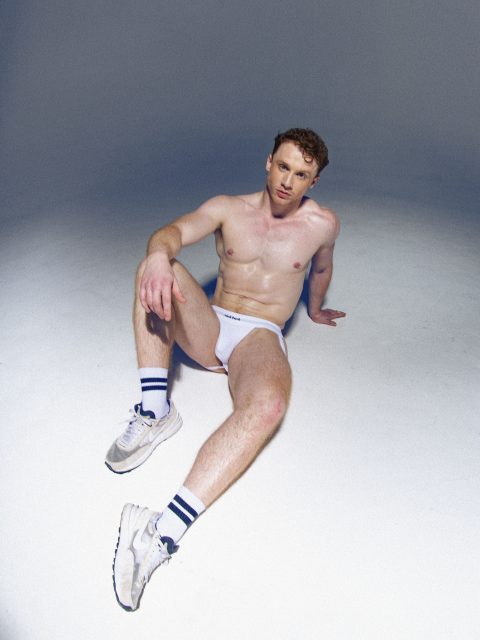 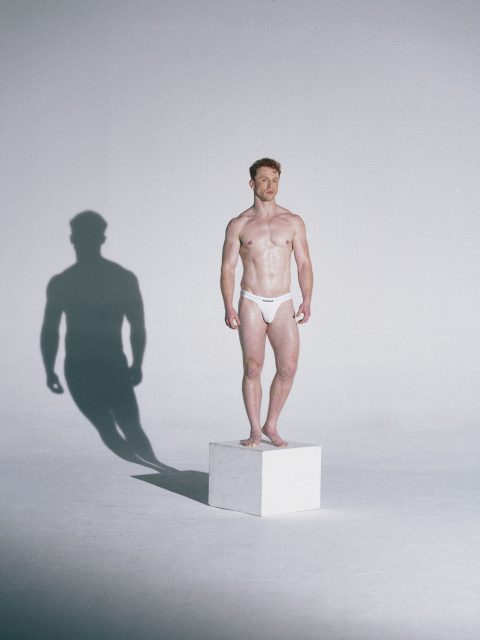 Fall is in full swing when we are introduced to Welsh artist Nathan Wyburn. Nathan says he uses art to express the things he may not be able to confidently say out loud. “When I decided to really own it and to create the work I want to create […] a fire ignited inside me,” says Nathan. Whether it’s through art or any other medium, being authentic is the key to building confidence.

“The things I was bullied for in school, both being ginger and gay, have actually given me the confidence to be myself.” It may sound cliché, but this Nathan can confirm that this confidence is key to success. 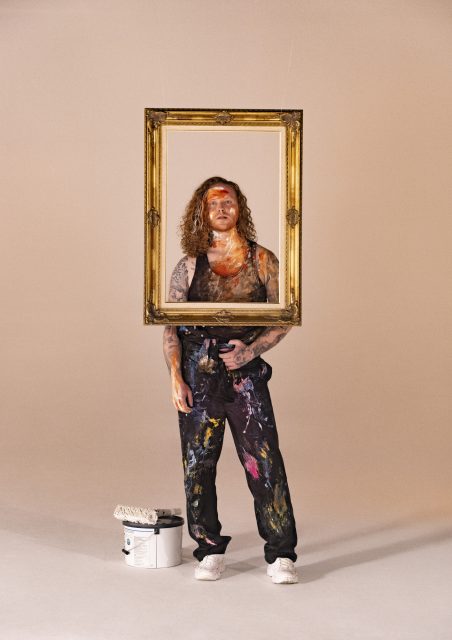 As fall comes to an end we meet Red Hot veteran Gwilym Pugh. Gwilym went viral back in 2018 when Wales Online printed a story about his journey from businessman to model. Part of that involved quitting his desk job and losing almost 100lbs. Now, over a decade later, Gwilym says his relationship with his body image has ended. 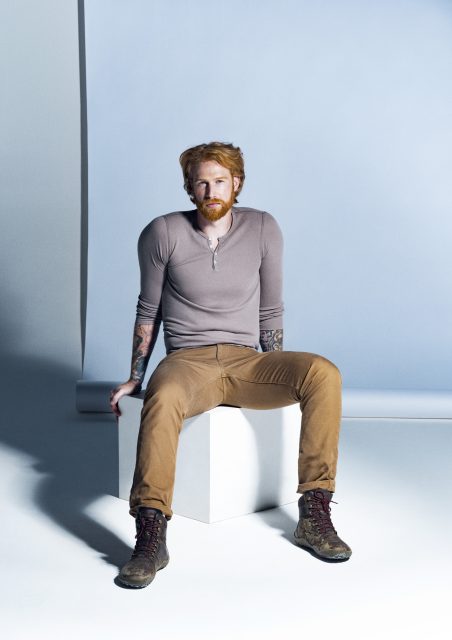 It’s the most wonderful time of the year, and Steven McRae is here to usher in the holidays. As a principal dancer with the Royal Ballet in London, Stephen has passion in spades. “You have to love every ounce of dance,” he says. “It’s impossible to do it without that.” Without an unquenchable love for dance, it’s possible Steven would have let his injury overcome him.

“My Achilles snapped live on stage,” says Seven. “It took two years almost to the day to get back onto that stage.” Steven credits his passion and his inability to accept no for an answer. “We made the impossible possible.” 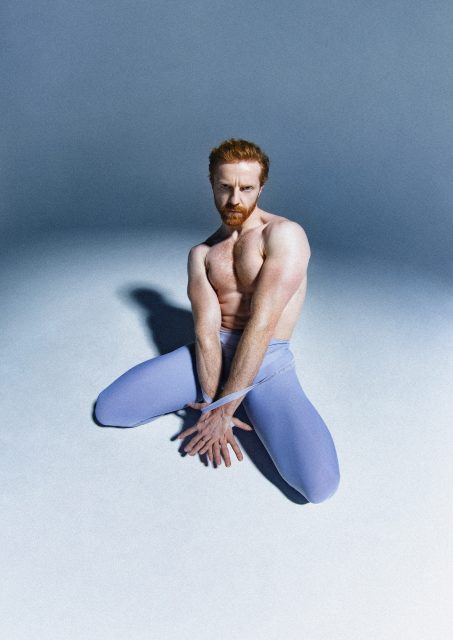 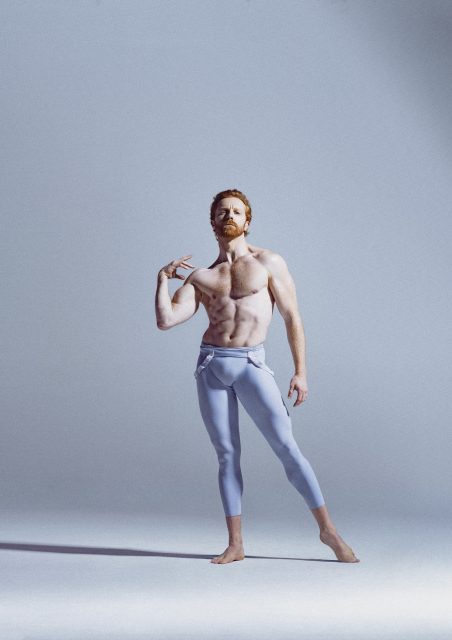 Consider it a New Year’s bonus, and Irish-born rugby union player and gridiron football placekicker is here to ring it in. Tadhg says there weren’t a lot of redheaded athletes growing up. Not even in Ireland. He hopes that with his appearance he can shine a bit of a spotlight on that today. 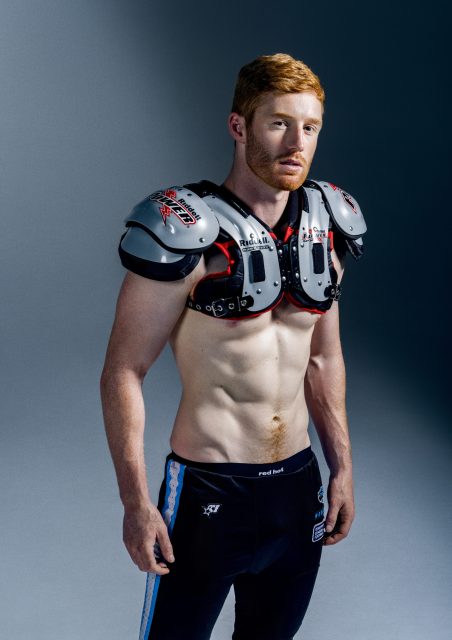 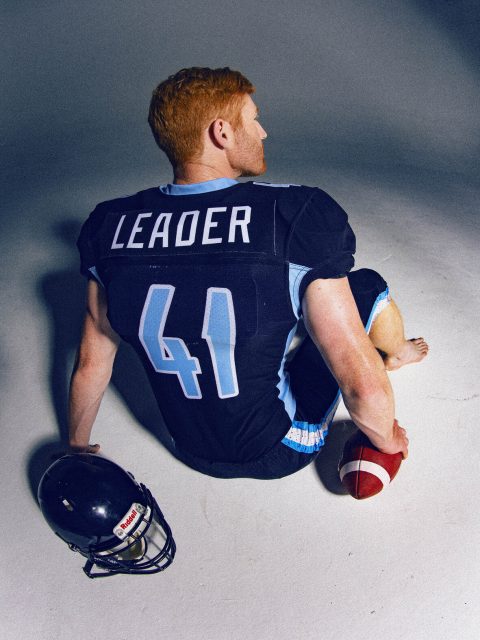 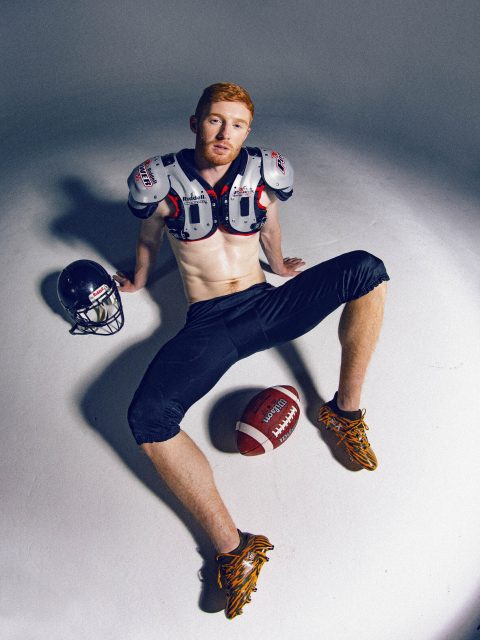 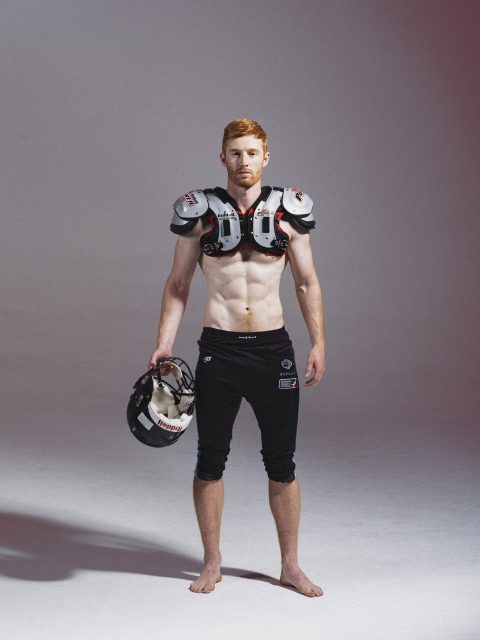 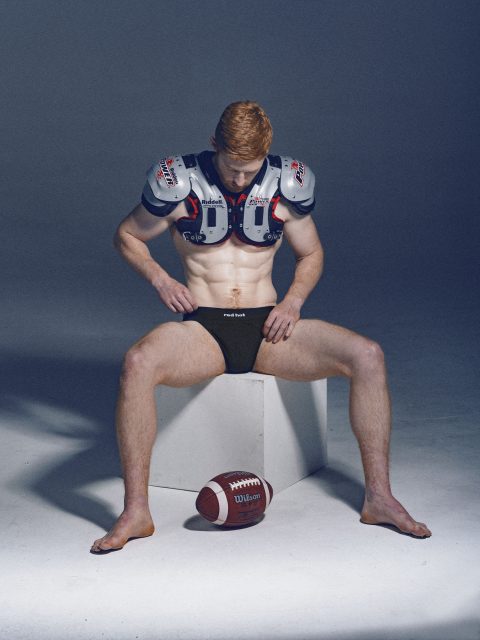 We’ve come to the end of our journey. Hopefully, by now you see the photographer, Thomas Knight’s vision. What sets you apart is your advantage, not your shortcoming. If something is holding you back, ask yourself if it’s simply trying to guide you in another direction. Pause, take note, redirect, and own every single inch of yourself. We’ll leave you with some powerful words from photographer Thomas Knights.

As a child, anything that sets you apart from everyone else feels uncomfortable. When you grow up, it’s the very same things that end up being your calling card. Suddenly, being different feels amazing. Being unique is an asset. It’s a journey of self acceptance.