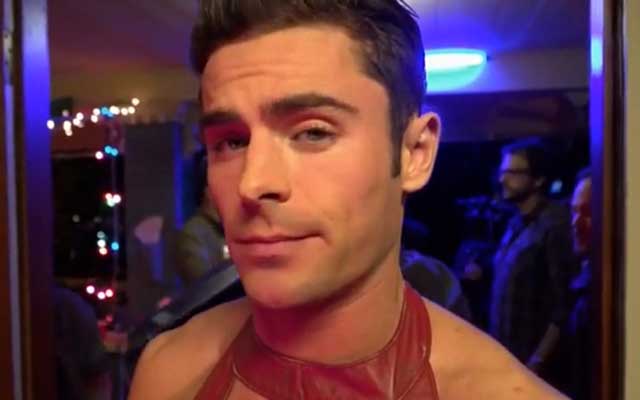 These days, finding photos of Zac Efron shirtless and/or in precarious situations is easy. The ex-Disney stud is always willing to show off his ridiculously ripped bod, even it it requires squeezing into a dominatrix-worthy leather dress. Seriously, he must have used a lil bit of Crisco to pull that thing over his bubble butt.

The last time we talked about Efron’s style choices, he was spotted sporting a patriotic Speedo, and we like this hot number way more! Last week, Efron posted a video while wearing the dress to his Instagram and it already has more than 390,000 Likes because duh.

Efron has the bod to pull off pretty much anything, so hopefully he starts modeling some skimpier numbers. All those in favor of jockstrap post from Efron, say “Aye.” Those opposed say “Nothing.” Watch the clip below!