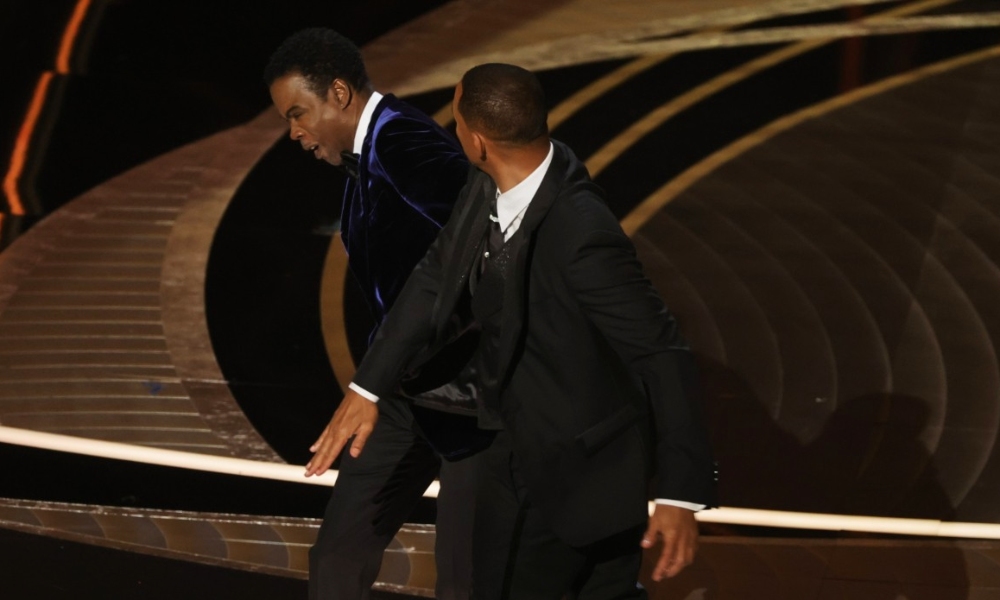 Will Smith Hit Chris Rock During the Oscars

Ok, was that scripted? Was that real? Did Will Smith hit Chris Rock at the Oscars? Yes. He did.

An altercation seemingly took place on stage tonight at the 2022 Oscars just before Chris Rock presented the Academy Award for Best Documentary. Rock attempted to make a joke about Jada Pinkett Smith, who recently revealed she’s suffering from alopecia. Rock joked that he was excited to see G.I. Jane II saying, “Jada, I love you. G.I. Jane II, can’t wait to see it.” It was obvious Jada didn’t find the joke funny and Will quickly took the stage.

In uncensored footage from the award shows Japanese airing, which quickly hit social media, Will clearly walks on stage and forcefully smacks Rock. The two then exchanged words with Rock explaining that it was a “G.I. Jane joke.” Will repeatedly yelled, “keep my wife’s name out of your f*****g mouth,” before Rock attempted to regain composure. “Will Smith just smacked the shit out of me,” Rock said before continuing with the award announcement.

You can watch the unbelievable moment Will Smith hit Chris Rock below.

MAYHEM BETWEEN CHRIS ROCK AND WILL SMITH AT THE #Oscars pic.twitter.com/265hGbsEDg

On a lighter note, congratulations to Summer of Soul!

Update: Will won Best Actor for his performance in King Richard, marking the first Oscar win in the three-decade career of one of Hollywood’s biggest stars. During his acceptance speech, Will apologized saying, “I want to apologize to the Academy and to all my fellow nominees … love makes you crazy things.” He concluded by adding, “I hope the Academy invites me back”

Sean Combs took the stage later in the night and addressed the incident saying, “Will and Chris, we’re gonna solve that like family at the Gold Party.”

Will Smith Hit Chris Rock During the Oscars