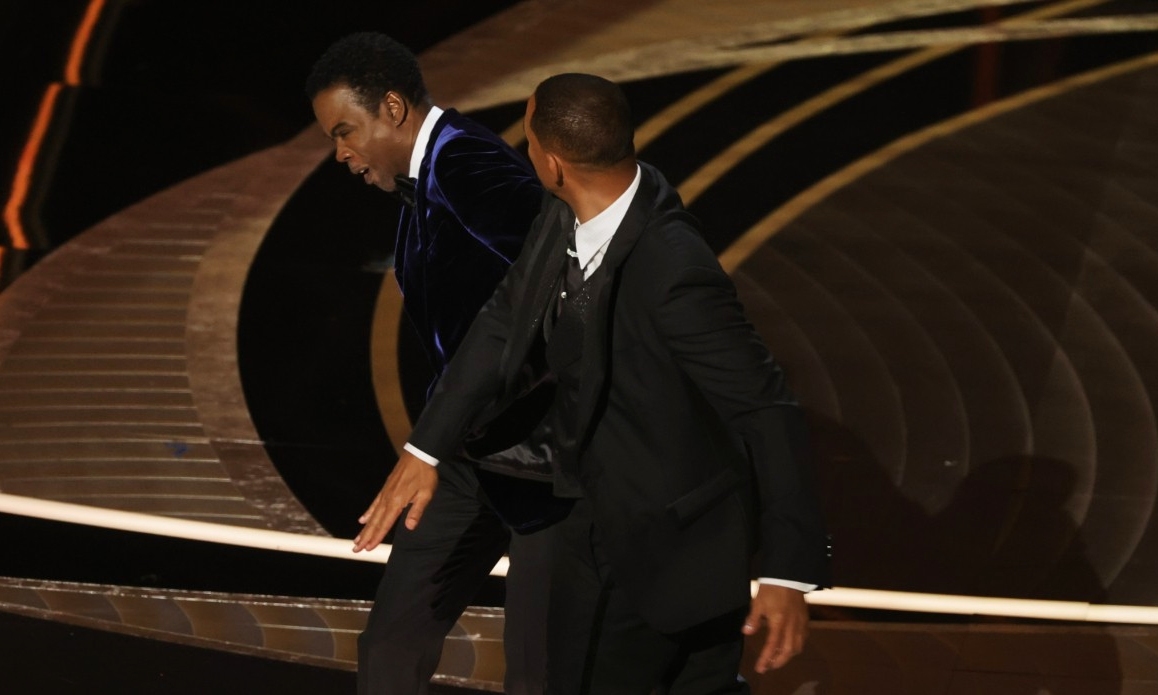 Will Smith Banned From Attending Oscars After Chris Rock Slap

Will Smith just got a decade-long ban from all Academy events and programs.

“The 94th Oscars were meant to be a celebration of the many individuals in our community who did incredible work this past year; however, those moments were overshadowed by the unacceptable and harmful behavior we saw Mr. Smith exhibit on stage,” read a statement issued by the Academy.

After a meeting set up to discuss Smith’s actions, the Academy decided to ban the actor from all Academy events and programs for 10 years as of April 8, 2022.

What Happened at The Oscars?

In case you somehow missed it, here is a short recap of what went down that night. Chris Rock made a tasteless joke while presenting about Jada Smith’s shaved head, a result of her hair-loss condition called alopecia. In response, Smith walked up on stage and slapped Rock for everyone at the event and at home to see.

Related| Will Smith Hit Chris Rock During the Oscars

Smith apologized to the Academy and to his fellow nominees during his acceptance speech for Best Actor for his role in King Richard. After the event, the 53-year-old actor resigned from the Academy.

The Academy Of Motion Picture Arts and Science apologized after it failed to “adequately address the situation in the room”. They claimed to have been “unprepared for the unprecedented”. The statement then thanked Rock for his composure as well as hosts Amy Schumer, Wanda Sykes, and Regina Hall. The Academy said that the hosts handled the situation with “grace and poise.”

“This action we are taking today in response to Will Smith’s behavior is a step toward a larger goal of protecting the safety of our performers and guests, and restoring trust in the Academy,” they added. “We also hope this can begin a time of healing and restoration for all involved and impacted.”

Smith told People he accepts the decision made by the Academy.

Will Smith Banned From Attending Oscars After Chris Rock Slap