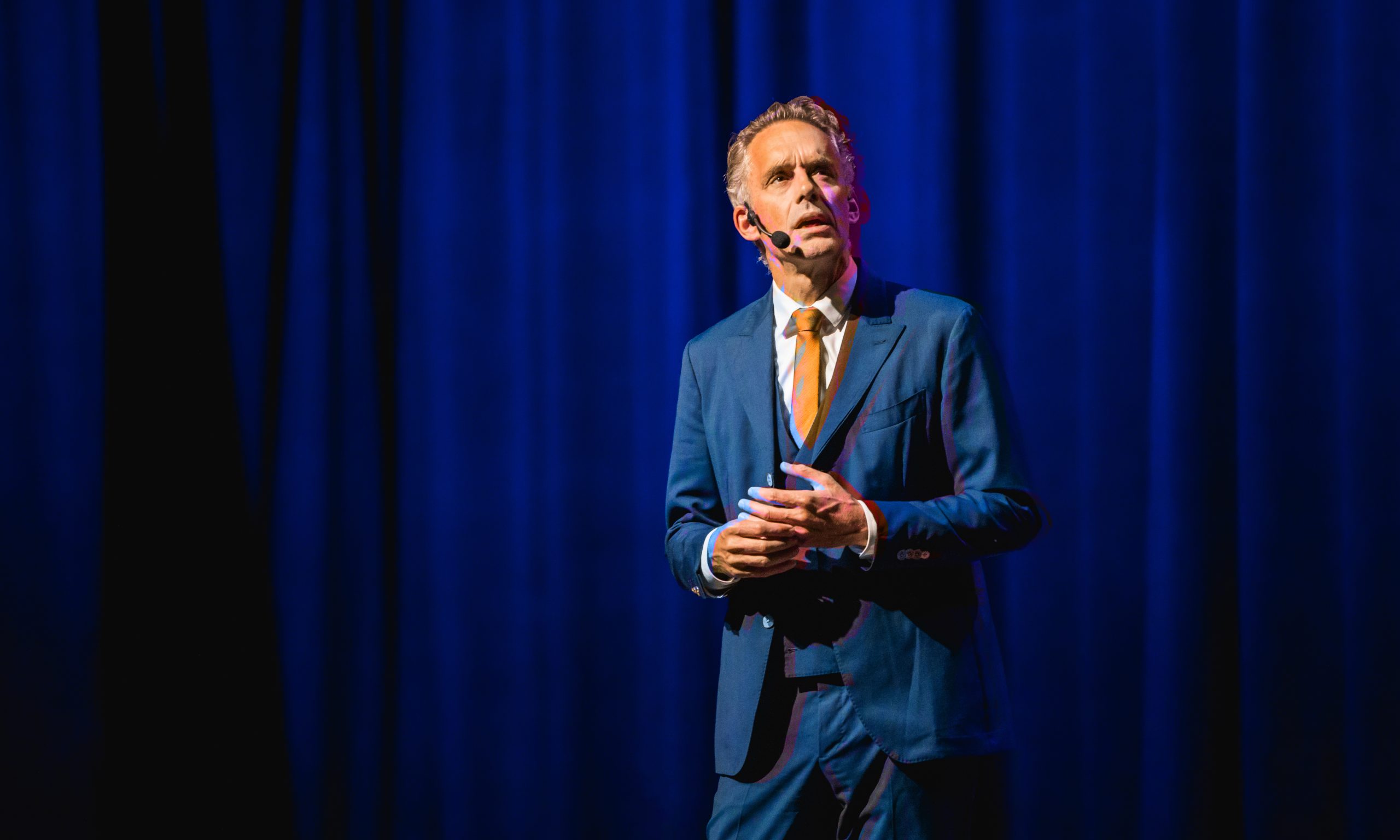 Why Jordan Peterson Is Problematic

With over 5 million followers on social media, psychology professor, author, and podcaster Jordan Peterson has a substantial online following. He is also one of the most polarizing figures in the online world. He’s been called everything from “Incel God” to “Custodian of the Patriarchy” and he was suspended from Twitter up until Elon Musk unbanned his account under the guise of protecting “free speech”.

But what exactly makes Jordan Peterson problematic and why do reputable publications label him “dangerous”? Let’s find out.

Who Is Jordan Peterson?

Jordan Peterson is a retired professor at the University of Toronto, clinical psychologist, and media personality. He has built a large following for his controversial takes on “political correctness”, gender, white privilege, and other right-wing discourse. His latest book 12 Rules for Life: An Antidote to Chaos functions as a self-improvement type guide. The book claims it “combines hard-won truths of ancient tradition with the surprising revelations of cutting-edge scientific research”. The book became the best-selling nonfiction book on Amazon US.

Jordan Peterson first gained prominence after posting a series of YouTube videos in 2016 titled “Professor Against Political Correctness”. In it, Peterson spoke in length about his rejection of the Canadian parliament’s Bill C-16. The bill would ban discrimination against people based on gender identity and gender expression. He also discussed his refusal to use transgender students’ pronouns. In Peterson’s view, making a distinction between biological sex and gender constitutes “radically politically correct thinking”.

The right-wing and “alt-light” communities, treat Peterson like an authority figure. His videos are often used as discussion points and “evidence” of how to “take down SJWs” using “scientific reasoning”. Peterson has been heavily criticized for peddling a “wishy-washy philosophy of individualism” and for “misusing science for unacknowledged political ends”. 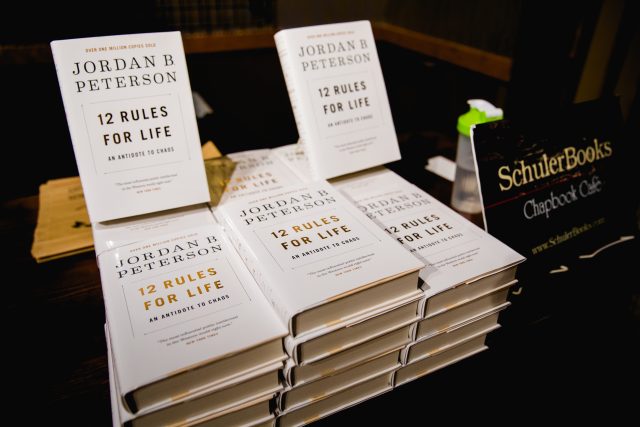 What Is Wrong With Jordan Peterson?

In other words, what beliefs has he shared to have earned him the kind of notoriety that he now enjoys?

Peterson has been a staunch believer that left-wing academia has become corrupted and that political correctness threatens free thought and speech. Peterson says that marginalized groups infantilize and victimize themselves. He says they do this by seemingly taking offense to everything. He often talks about what he calls “cultural Marxism” or his belief that identity politics will eventually lead to totalitarianism.

In an October 2016 confrontation with student activists at the University of Toronto, Peterson warned protestors of the potential of political correctness leading to a resurgence in Nazism.

“I’ve studied Nazism for four decades and I understand it very well. And I can tell you there are some awful people lurking in the corners,” he said. “They’re ready to come out and if the radical left keeps pushing the way it’s pushing, they’re going to come out.”

He’s also frequently spoken about his belief that white privilege is a “Marxist lie” and views race and ethnicity as “post-modernist”.

The “political correctness” that Peterson likes to hone in on often centers on discussions of gender and sexuality. Using academic language, he often attempts to delegitimize the idea that patriarchy and structural oppression are harmful. He’s even denounced the historical oppression of women as “an appalling theory” and claimed that feminists have “an unconscious wish for brutal male domination”.

In an interview with the New York Times, Peterson said he believes “the masculine spirit is under assault.” In Peterson’s world, wrote Nellie Bowles for the times, “order is masculine. Chaos is feminine”.

When asked about the rise in incels Peterson made an astounding statement in support of “enforced monogamy”. Incels, or “involuntary celibates” believe in the superiority of men. They claim that society pushes men to violence when they don’t get what society owes them. Unsurprisingly, they believe that society owes them, women. In reference to a Toronto man who killed 10 people with a van after declaring himself an incel, Peterson said, “He was angry at God because women were rejecting him. The cure for that is enforced monogamy. That’s actually why monogamy emerges.”

“Violent attacks are what happens when men do not have partners”, said Peterson. “Society needs to work to make sure those men are married.”

Aside from his sexist remarks, Jordan Peterson’s homophobic and transphobic comments have also been the subject of outrage. There are countless examples of this all over Peterson’s content online. Two particular examples from this year paint a clear picture of his views on trans people.

In January 2022, Peterson guested on The Joe Rogan Experience and claimed that being trans is “a sociological contagion”. He compared it to “the satanic ritual abuse accusations that emerged in daycares in the 1980s”.

When Rogan cited a conversation with British columnist Douglas Murray, who said that trans issues and an “obsession with gender” are signs of “civilizations collapsing”, Peterson agreed, saying, “I think probably it’s not so much an obsession with gender, it’s a disintegration of categories as a precursor — like so it’s a marker for — if categories just dissolve, especially fundamental ones, the culture is dissolving because the culture is a structure of category.”

In June, Twitter banned Peterson for deadnaming and misgendering transgender actor Elliot Page in a tweet. “Remember when pride was a sin? And Ellen Page just had her breasts removed by a criminal physician,” Peterson tweeted.

Peterson’s daughter, Mikhaila, posted screenshots of the tweet, along with Twitter’s suspension notice. She then commented that the site was “definitely not a free speech platform at the moment” and tagged Elon Musk.

Weeks later, Peterson posted a video to rant about the ban. YouTube subsequently demonetized the video.

What Makes Jordan Peterson So Dangerous?

What truly makes Jordan Peterson problematic is his ability to influence. As a former professor of psychology, his followers prop him up as a credible source of truth. They feel certain that he can dissect human psychology, philosophy, and politics with scientific language. As such, they use his words as ammunition to defend right-wing ideologies and oppose liberal ideas. These include trans rights, women’s rights, and racial equality.

The worst part? His words have the potential to incite violence. Fanboys have harassed and doxxed critics of Peterson’s work. While Peterson doesn’t explicitly condone or condemn these acts, it’s hard to ignore the violent language with which he delivers his dogma. He frequently calls debates “combats” and “battles” and his fans love to celebrate how he “destroys” his detractors.

Peterson’s become a mentor “for men and boys who feel displaced by a world where white male privilege is under attack,” a Vox article says of Peterson’s popularity. “He’s emblematic of the way white male anxiety is producing new and powerful political movements across the West today.”

Why Jordan Peterson Is Problematic