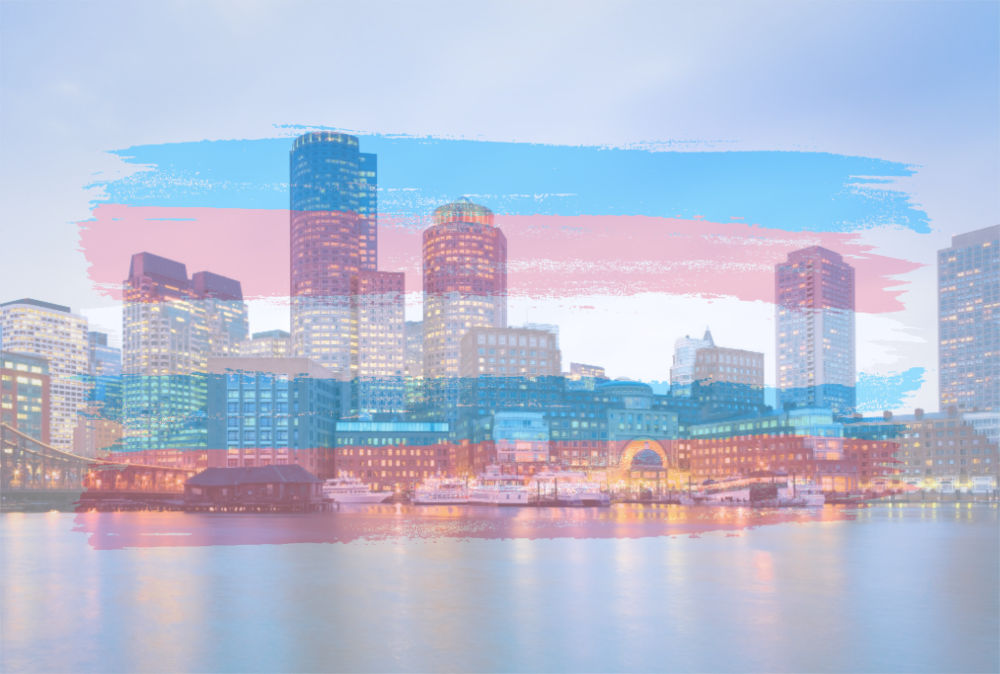 The Top 5 Transgender-Friendly Cities in the U.S.

Are there transgender-friendly cities? There have been significant improvements in recent years with the acceptance of queer people in the United States. Progressive laws and the mainstream media’s portrayal of transgender folks have helped. In addition, there is an upward trend of Americans who support marriage equality, access to healthcare and jobs, and equal treatment of LGBTQ+ folks.

Still, not every city shares this mindset, and trans people face the brunt of this discrimination. Between prejudicial legislation and a societal normalization of transphobia, some places may feel unwelcoming or unsafe for trans people to live in or visit. On the other hand, there are some great, progressive areas where this is  less of an issue. These cities have flourishing communities, local events for queer people, Pride festivities, and politicians who support the trans experience.

We’ve rounded up the best US places for transgender dating, safety, working, and well-being.

San Francisco is typically found at the top of lists ranking LGBTQ-friendly cities. So much so that it’s even affectionately called the “gay capital of the world.” The city isn’t just a trendy hotspot for queer people; it has the history to back it up. SF was the first US city that legalized same-sex marriage. It also was the first city to elect an openly gay official, the trailblazing Harvey Milk.

Even though San Francisco has world-renowned Pride celebrations, from parades to parties visited by over 50,000 people, you can find events celebrating queer and trans folks all year round. In addition, San Franciscans can support their local queer community by shopping at one of many LGBTQ+-owned businesses or strolling down the beloved Rainbow Honor Walk to connect with the heart of the city.
San Francisco has as much love and pride for its trans folks as it does for everyone  in the LGBTQ+ community. The Golden City has been ranked highly for healthcare access and community support.

Additionally, the local government has a department called the Office of Transgender Initiatives, considered the first — and only — trans-led office in the US to advance equity and policies for trans and gender nonconforming people. The city additionally has a Gender Inclusion Policy that strictly prohibits gender identity or expression discrimination in the workplace.

New York City, New York, has the history and the community

It’s not surprising that New York City is on this list of transgender-friendly places in the US. The Big Apple is not only incredibly progressive today, but it’s also the birthplace of many important events in the LGBTQ+ community’s rich history. One of the earliest places with a thriving queer community, NYC was home to protests and riots over gay rights. One of the most famous of these was 1969’s Stonewall Riots in Greenwich Village. Many trace this event, which saw Black trans women at the forefront, to be what incited the modern gay rights movement in the US.

Today, New York’s self-identifying queer population is higher than most other places around the country, and over 50,000 people self-identify as transgender — that’s more than any other city’s trans population.

People from around the world flock to New York in June for its annual Pride March, and the city has begun championing trans Pride events in particular, like the Queer Liberation March, which advocates for trans and BIPOC people.

The local politics offer laws protecting trans and queer people against discrimination based on sexual orientation and gender identity in workplaces and in public. For the lesbian-identifying trans folks out there, NYC is also home to Henrietta Hudson, one of three lesbian bars that remain in the city.

Chicago, Illinois, is considered to be a top progressive city

Chicago has a booming population of queer people. Not only can it be a fun place for trans dating or socializing, but the local politicians are doing the work to ensure a safe and equal environment for everyone regardless of sexual orientation or gender identity.

In 2019, Illinois was one of three states to pass a law that designated public single-occupancy restrooms to be gender neutral. In addition, it was one of a handful of states that banned LGBTQ+ “panic” defenses, which have historically been used to justify violence toward gay and trans people. Banning panic defenses has been crucial in reducing attacks on queer and trans folks.

Illinois also was the fifth US state that required schools to teach LGBTQ+ history. The law also mandates that schools’ curricula include positive contributions of transgender, lesbian, gay, and bisexual people.

Chicago received a perfect score on the Human Rights Campaign’s 2021 Municipality Equality Index scorecard, which evaluates how a municipality’s laws are structured to protect and empower queer and transgender people. The report found that the city provides the highest amount of transgender-inclusive healthcare benefits as an employer. In addition, HRC determined the municipality is committed to treating LGBTQ+ employees equally by offering these benefits and protections.

Portland, Oregon, is a must-visit in the Pacific Northwest

Portland, Oregon, is beloved for its quirky culture and personality. There’s always something to do, especially for queer people looking to connect with their community at LGBTQ-friendly events. For example, the Portland Queer Film Festival is a showcase for LGBTQ+ artists and entertainers; you can hang out every month at skating sessions around town; there is plenty of queer and transgender business owner whose shops would love your support.

Portland’s history speaks to its acceptance of those in the queer and trans communities. In 2008, it became the first major city to elect an openly gay mayor, Sam Adams. The community typically shows up loud and proud to Pride events and protests. And the city government itself offers diverse resources for transgender individuals, from vocal training to a coalition for Black trans folks to education on changing one’s gender marker on their driver’s license.

Portland is notably close to Seattle, another PNW city favored for being trans-friendly, so it’s an ideal location if you’re looking to travel locally and still find that welcoming quality people know and love in Portland.

Boston, Massachusetts, rounds out our list of the top 5 transgender-friendly cities in the US. The city is inclusive and diverse, with many trans and gay nightlife and celebratory events.

Boston was also given a perfect score from the Human Rights Campaign on its 2021 Municipality Equality Index scorecard. The report, which evaluates how a city is enacting equality policies, found the municipality offers the top trans-inclusive healthcare benefits to LGBTQ+ employees, which shows a commitment on a local level to progressing the queer community.

As for nightlife, Boston’s esteemed Jacques’ Cabaret features regular drag performances and cabaret shows. The establishment has rave reviews about the club’s transgender staff. Other queer bars can be found throughout the city, with the traditionally gay neighborhood concentrated near the South End.
The city offers compassionate and inclusive resources for transgender community members, with unique providers for transgender veterans and queer Asian Pacific Islanders. Trans people can also find support in the Trans Community of New England’s social club. Still it’s great to remember that transgender dating and social apps are an easy way to connect with people when you’re new to an area or are just looking to expand your community.

Looking to the future

As is often the case, major cities in the U.S. can often become islands of progressivism. What sets these cities apart are the local policies that protect trans folks’ access to lifesaving healthcare, employment, and housing. They also enrich the lives of trans folks with vibrant nightlife and trans-inclusive places to socialize. We hope for a future where lists like this can continue to grow. A future where trans folks can simply look around and find that they are already home.

The Top 5 Transgender-Friendly Cities in the U.S.