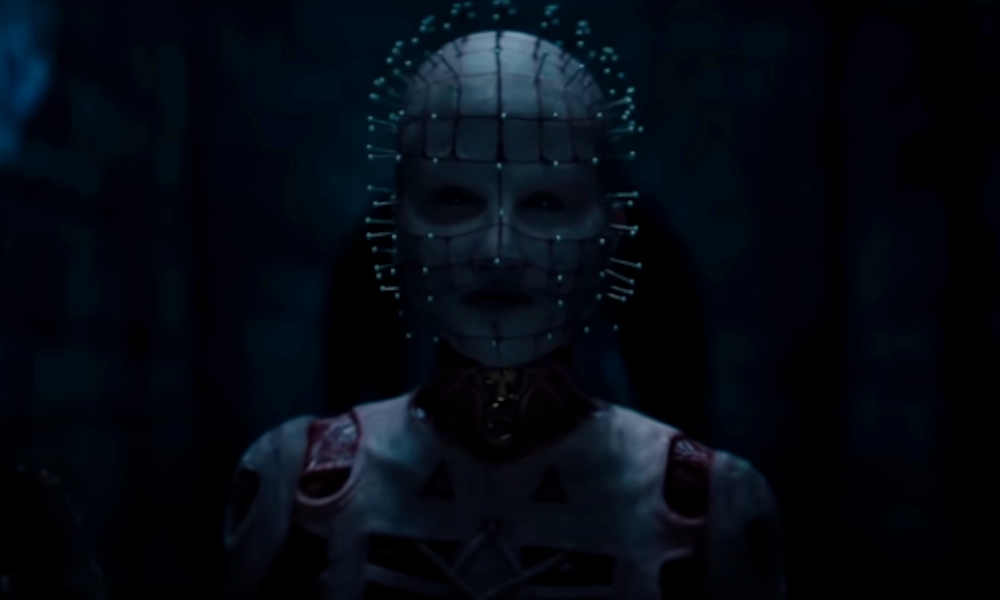 The reboot of the classic 1987 horror film Hellraiser looks scary good. Starring transgender actress Jamie Clayton as the terrifying Hell Priest, the film is the 11th addition to the franchise. It follows another unlucky group as they discover the terrible secrets of the ancient puzzle box.

The two-minute trailer introduces us to the movie’s main cast and gives us a good look at Clayton as Pinhead. “In Hellraiser, a young woman struggling with addiction comes into possession of an ancient puzzle box, unaware that its purpose is to summon the Cenobites, a group of sadistic supernatural beings from another dimension,” an official description of the movie reads.

Though the franchise is not explicitly queer, it has been beloved by the LGBTQ+ community for decades. The new reimagining will breathe new terror into the already frightening story created by horror mastermind Clive Barker.

“Sex is a great leveler,” Barker told The Guardian. “It made me want to tell a story about good and evil in which sexuality was the connective tissue… Hellraiser, the story of a man driven to seek the ultimate sensual experience, has a much more twisted sense of sexuality.”

See Pinhead in Action in the New Trailer

Queer horror fans are incredibly excited to see Clayton debut as Pinhead and based on what we can see in the trailer, she will haunt our nightmares for a while.

“Jamie was just the right person for the role,” director David Bruckner told EW.”A person’s identity can be really exciting for a role in many ways, but I have to emphasize that Jamie absolutely killed, that’s how we got there.”

Hellraiser will premiere on Hulu on October 7. Check out the spine-chilling trailer below.