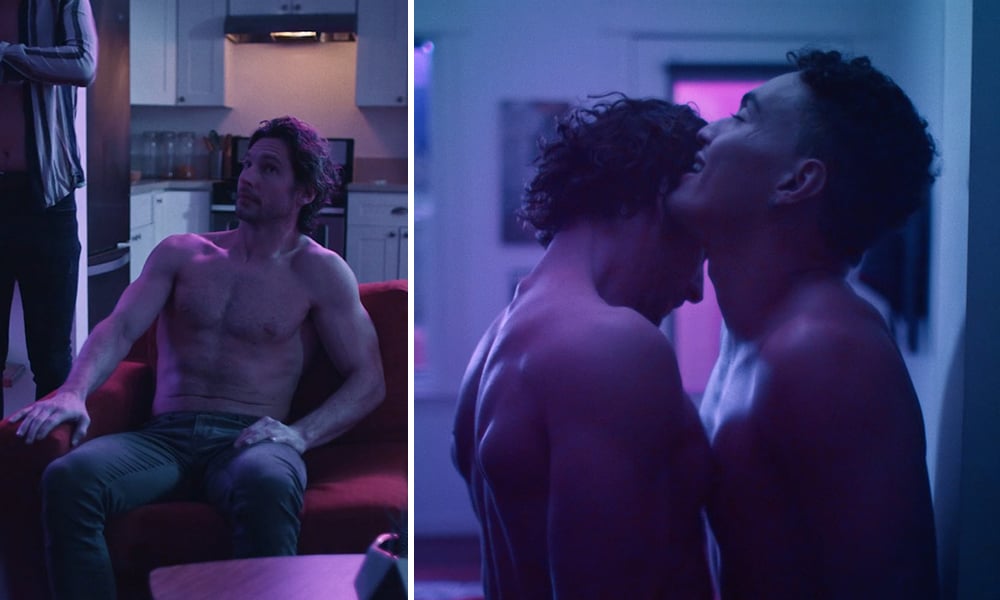 Introducing a show you can binge while brushing your teeth!

Admit it. Your attention span is shot. You can barely make it through your breakfast bagel without tweeting twice and finishing the day’s Wordle for good measure. It took you three tries. Not too shabby. Out of nowhere, just for a moment, you wonder, “Will I be able to just do one thing at a time ever again?”. Then you immediately open TikTok and lose 45 minutes of your life. If only there were a gay soap opera to keep your attention.

Sound familiar? Well, you’re in luck because the gay soap opera gods have come to answer your prayers. Enter Hidden Canyons. This game-changing queer soap opera is divided neatly into one-minute episodes. Each clip follows strangers’ lives in steamy and fast-paced scenes that end on wild cliffhangers. In fact, the show is revolutionizing the way we consume narrative content by embracing platforms like TikTok and Instagram. Also, they get bonus points for uplifting LGBTQ+ stories and increasing queer visibility. Brant Rotnem writes, produces, and directed the series, and Fawzia Mirza is the co-director.

Related |This Viral TikTok Clip Is Full of Homoerotic Tension

You might even know some of the cast which includes VEEP’s Sufe Bradshaw and Daytime-Emmy-nominee Sean Samuels. There’s also VIDA‘s Tonatiuh, Rust Creek‘s Jeremy Glazer, Brant Rotnem from 13 Reasons Why, Jackson Davis from NCIS, Jamie Renee Smith from Weeds and True Blood — deep breath — and Sean-James Murphy from Danger 5. The entire first season is already up in its entirety. It also has over 3.5M views on TikTok. It also won best “episodic” at Outfest 2020.

Despite how it may seem, queer creators still have to jump through hoops to get their ideas out there. Today, we’re used to watching people’s lives in short-form videos. Indeed, the landscape of media is changing rapidly, and this show is the latest in Hollywood’s move toward short content production. With Hidden Canyons, Rotnem and his team of talented actors created an opportunity for himself and also the community. With a little out-of-the-box thinking, perhaps anything is possible. We’ll worry about our attention spans later. Meanwhile, check out the first season below.

The second season is well underway. Follow along with the drama on Hidden Canyons‘ TikTok and Instagram.