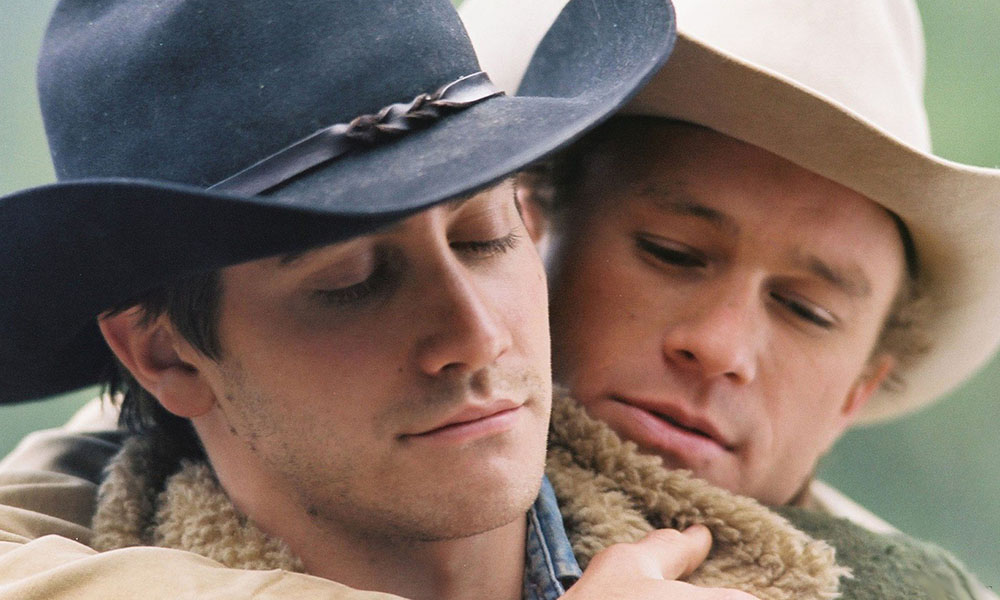 Fans remember icon and ally, Heath Ledger, on his birthday.

In 2005 Heath Ledger and Jack Gyllenhall delivered arguably one of the greatest queer love stories in cinema. Of course, I’m talking about Brokeback Mountain. Directed by Academy Award-winner Ang Lee, the western drama tells the heartbreaking story of two young cowboys forced to face the reality of loving another man in rural North America in the 1960s.

Though Brokeback Mountain lost the best picture Oscar to Crash, the film continues to impact the film industry and the LGBTQIA+ community today. Similarly to how Ledger continues to live on in our hearts 14 years after his passing.

In celebration of what would have been the Australian actor’s 43rd birthday this month, fans recounted some of Ledger’s greatest moments. Including the time he stood up for the LGBTQ+ community in a press interview.

When the press asked Ledger for his response to comments saying Brokeback Mountain is “disgusting,” Ledger said he feels nothing but pity.

“I think it’s an incredible shame that people go out of their way to voice their disgust or negative opinions against the ways in which two people choose to love each other,” he said. “At least voice your opinions about how two people show hate and violence and anger towards each other. Isn’t that more important? I think so.”

We think so too. Well said. Though Ledger could have left it there, he went on to describe how unfair it is for people to write off a movie solely for including a same-sex relationship.

“I also feel like it will surprise people. It’s obviously about two men in love and it’s obviously gay-themed and it’s very easily labeled, but unfortunately, people are quick in life to label something that they’re uncomfortable with. The pure fact of it is that it transcends a label. It’s human. It’s a story of two human beings, two souls who are in love. Get over the fact it’s two men. That’s the point. The movie is not the story of an epidemic or a virus or something that can be cured in a hospital. We’re showing that love between two men is just as infectious and emotional and strong and pure as it is with heterosexual love.”

“And if you can’t understand that, just don’t go see the movie.”

Happy Birthday, Heath Ledger. Sometimes we miss you so much we can hardly stand it.

Thinking about Heath Ledger on what would have been his 43rd birthday 💔 pic.twitter.com/L4K2Bw4uSH