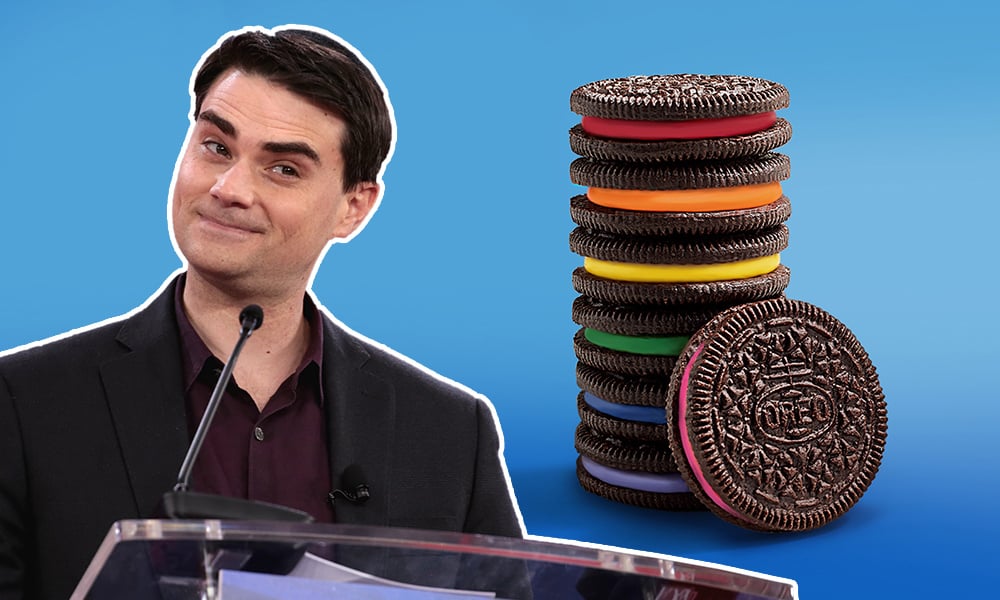 Oreo Released a Video About Coming Out and Conservatives Are Mad

Haven’t we been through this already?

As Pride month inches closer and closer, we can already feel the tension building. Conservatives’ fingers are twitching in anticipation of tweeting their latest hot take. Major corporations are printing out reams of rainbow stickers to slap onto their latest products. It’s a battle that rages on year after year — with queer folks planted firmly in the middle — and this year they’ve started early. The stars of the show this time? Oreo and Ben Shapiro.

Let’s talk about Oreo’s campaign. The brand shared a two-and-a-half-minute video where a son practices coming out to his extended family. The film, called The Note, is beautifully composed, with compelling shots and an immersive soundscape that pulls you right in. The message is solid too. The son, a child of an immigrant family, speaks about not wanting to upset those who sacrificed so much for him. This message will surely resonate with many folks out there, not just the LGBTQ+ community.

Coming out doesn’t happen just once. It’s a journey that needs love and courage every step of the way. Share our new film 👇 and let someone know you’re their #LifelongAlly. pic.twitter.com/S5ipPxZRON

As for the queer message, that one is solid too. “Coming out doesn’t happen just once,” tweeted Oreo. “It’s a journey that needs love and courage every step of the way.” There is certainly an argument to be made that messages like this coming from big corporations can sometimes feel hollow. There are many big players that can be accused of rainbow washing for monetary gain, and perhaps there is an element of this at play here. The simplest answer is more often the right one, and here the simple answer is clear. Companies like Oreo have been targeting families and couples with their advertising since the advent of advertising. Now they’re targeting queer families too. Like it or not, for-profit companies are gonna for-profit.

At least in this particular instance, the concept and execution were solid. Perhaps that is because they collaborated with PFLAG. More likely, it’s because they worked with lesbian filmmaker Alice Wu. Her parents were immigrants from Taiwan by the way. Therein lies the value of working with folks who intimately understand the subject matter.

Enter Ben Shapiro, the man famous for losing an argument with a child. Shapiro has a habit of being loud and wrong at the same time, so of course, he felt compelled to respond to this video.

Let’s break this garbage response down a bit, shall we? First, he comes swinging right out the gate with the “sexual lifestyle” remark. Only Shapiro could watch this tender video about common family dynamics and equate it with a “sexual lifestyle”. Then there’s his follow-up which contains a crumb of truth buried under a mountain of queerphobia. Can we honestly pretend that anyone who says “LGBTQIA+-%6&” is making an argument in good faith? Please. It’s like arguing with a third-grader.

I dare @Oreo to air that same ad in China.

Like we said, keeping a critical eye on for-profit businesses that sell queer allyship is generally a good practice. That’s not what Shapiro is doing here. This is not a call for more authentic queer activism. It’s a grown man mad about a gay cookie. Now that I mention it, haven’t I seen this play out before?

Advertisements that feature products alongside messaging promoting family values, supporting workers, or promoting public health initiatives are mainstays of advertising. The issue here for Shapiro is queerness. That much is abundantly clear. If you’d like to support Oreo’s message, you can visit their website now and donate to PFLAG. In the meantime, we’ll be celebrating this project for what it is—a beautiful short film by a talented queer director. Keep pissing off the homophobes, Wu.

Oreo Released a Video About Coming Out and Conservatives Are Mad