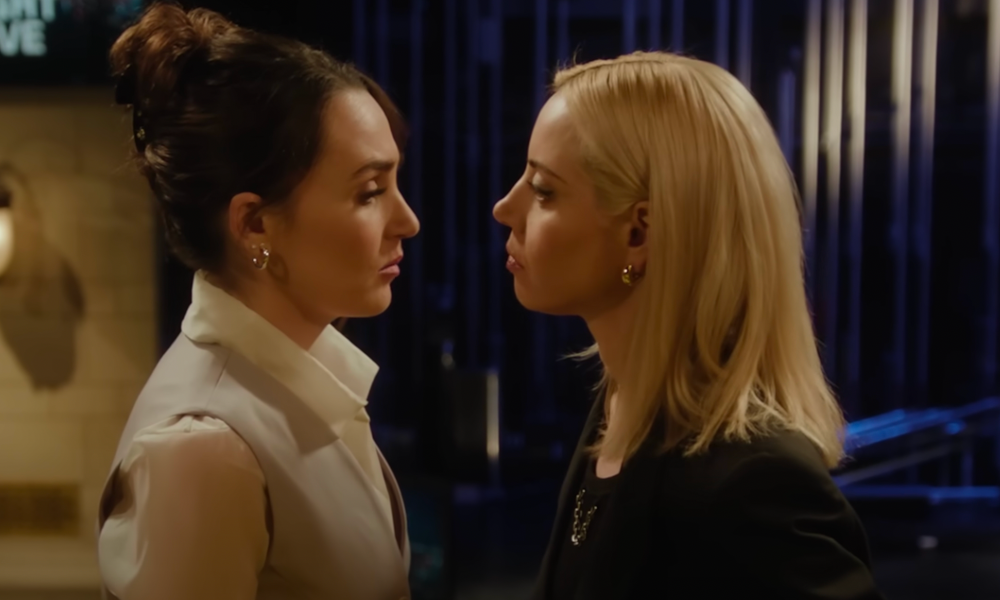 How many times have I watched this Saturday Night Live video? Yes.

Aubrey Plaza is gearing up to host the NBC comedy series Saturday Night Live for the first time. In a new promotional video for the episode, The White Lotus star is chatting with SNL actor Chloe Fineman about celebrity impressions. After Fineman says a few lines as Drew Barrymore, Plaza points out that she, too, has a knack for imitating stars.

“You’re gonna love this one,” Plaza says before launching into an intense but accurate portrayal of Lee Krasner in the 2000 drama Pollock.

Fineman describes the impression as “intense” and asks the host if she can try a more lighthearted one. Immediately, Plaza starts weeping and slapping herself like Annette Bening in American Beauty.

“Why are you like this?” Fineman finally asks Plaza.

“Because I’m insane, and I’ve been waiting to do this show since I was 12 years old,” she replies.

Suddenly, the two girls lean into each other and start passionately making out. Is it getting hot in here?

We’re just as confused as the janitor as to why the actors start kissing. However, if this is the passion Plaza will bring to SNL, we cannot wait for Saturday.

Plaza revealed to Jimmy Fallon earlier this week that she used to be an intern for SNL’s set design department. She also recalled the time she auditioned for the show but did not get a callback. One of the characters she brought to the audition was a “Puerto Rican news reporter that was always trying to make all of the news stories sexy.” Okay, who has the audition tapes? Her second character was a housewife who had a show about assigning animal tails to celebrities.

“Bill Clinton would have like a polar bear’s nub… anyway, I did not get on the show.”

Aubrey Plaza will host SNL alongside musical guest Sam Smith on Saturday at 11:30 p.m. on NBC and Peacock.