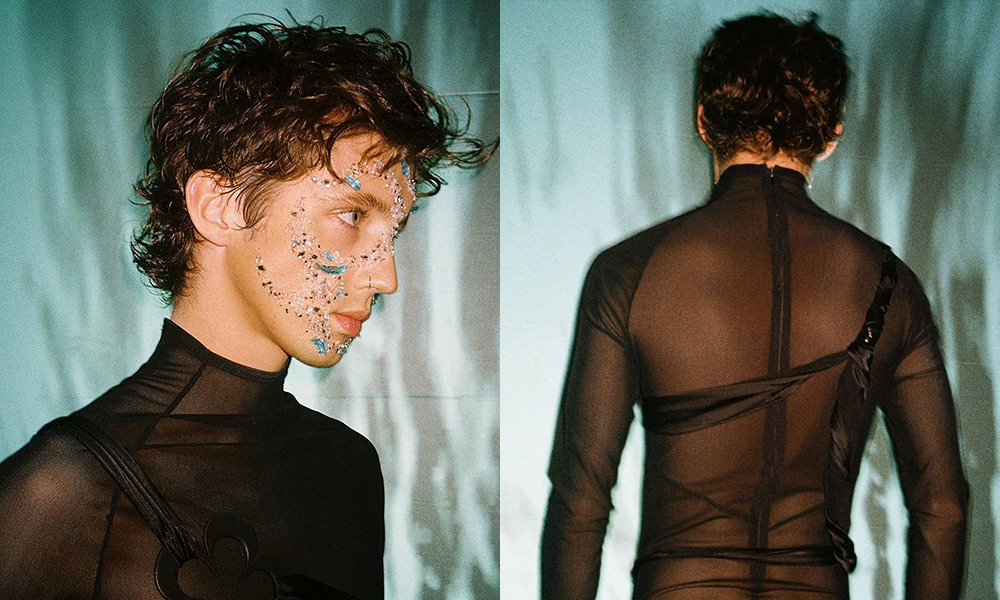 Troye Sivan has a new marketing strategy for his music and it is a lot cheekier than we expected.

On Thursday the Australian singer-songwriter premiered the music video for his April release, “You.” The track is a collaboration between Sivan, DJ Regard and Canadian singer Tate McRae.

Shortly after he tweeted a link to “You,” Sivan posted a behind-the-scenes photo on Twitter showcasing his wardrobe from the video. He’s clad in only a black mesh bodysuit, thong and shiny red boots that reach just under the singer’s tush. It seems Sivan is becoming more comfortable with sharing more of his life with us online as he captioned the image, “Fine I’ll get cheeks out on main.”

The image also appeared on the “Youth” singer’s Instagram account and, unsurprisingly, gained over half a million likes in a few hours. The images also drew the attention of a few fellow musicians.

Pop icon Shawn Mendes, who Sivan has previously referred to as his celebrity crush, shared his approval of the photo by granting it a double-tap.

Over on Twitter, “Montero” singer Lil Nas X shared his feelings towards the image in a hilarious interaction with Sivan.

The 25-year-old sent Nas X an image of an emoji pulling his shades down to which the young rapper replied with his own photo of an emoji sucking someone’s toes. It’s a bewildering conversation and though fans have formed their own speculations, no one really knows what it means.

All the internet buzz seems appropriate with the release of Sivan’s music video which depicts deepfake AI, a technology used to steal someone’s likeness and create fake events. The singer spoke with i-D magazine on Wednesday and revealed he is always very cautious about what he puts on the internet.

“I feel like there’s this innate feeling within me that knew whatever I put on the internet lasts forever,” he said.

“I’m really grateful that I did because I worry a lot for young people online. The iPad kids. I don’t know if it’ll be innate to them, that they’ll understand [the risks], or if they’ll put everything online and pay for it later. That’s really scary to me.”

Watch the new music video for “You” below.
Troye Sivan Shared a Cheeky Pic on Instagram and Shawn Mendes Noticed