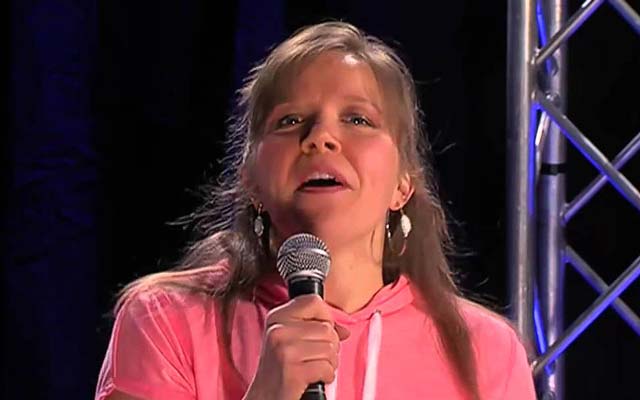 Normally, we try to stay positive and don’t like putting people down, but today we’re making an exception. Aspiring rap artist MH Weibe (aka the worst rapper ever) released a song called “Gender Bender.” It’s incredibly transphobic and ignorant, but besides that, it also sucks.

The song addresses some parent’s concerns around the Alberta school boards new LGBTQ guidelines. The policy outlines the clothing, sports and restroom options for queer kids, and MH Weibe isn’t having it. So she queefed this God-awful rap into existence and then shared it with the world like a moron.

Before you watch her stumble through the words and choreography (is she dancing or constipated? ¯\_(ツ)_/¯), check out some of the horrifically transphobic lyrics from this turd of a track:

“I am a concerned mother of three/keep male and female washing rooms where our children can pee! Mothers and fathers, the backbone of society, why would we change legislation over notoriety. This is just a fender bender, all over sex and gender…Can we pick another issue than to change our bathrooms for a few?”

Ok, that’s enough. Watch the video below, and if you despise it as much as we do, share this with anyone who needs a laugh.