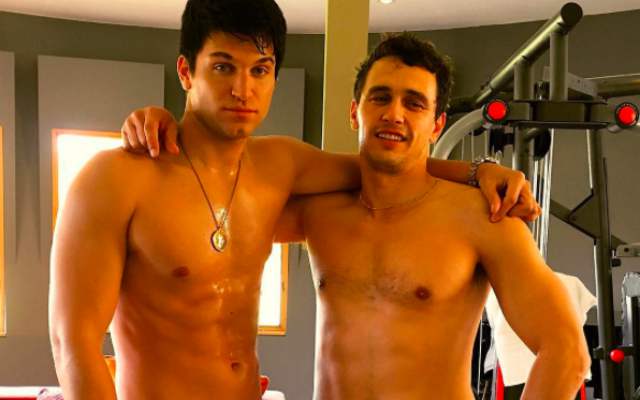 In an interview with Rolling Stone‘s Jonah Weiner, James Franco added even more mystery to his celebrity. The 37-year-old Oscar nominee opened up about his second career as a teacher and addressed rumors about his sexuality.

Franco currently stars in Hulu’s 11.22.63, which is amazing if you haven’t seen it, but in recent years he’s dedicated his time to several queer projects including Interior. Leather Bar. Franco defended his love for queer film saying, “When I was studying at NYU, I took classes in critical studies, and one of my favorites was on queer cinema.”

Franco also added clarity to his infamous “I’m gay in my life” quote:

“I’m gay in my art and straight in my life,” adding coyly, “I’m also gay in my life up to the point of intercourse.” But the line separating art from life can grow porous, as on Franco’s Instagram, where he’s posted numerous … shots of himself – bare-chested in an exercise room, his arm slung around an oiled-up actor in bikini briefs, or looking buff while getting his nipples shaved in a hotel room. Franco tells me he’s approached Instagram, at times, as “a way of finding out what boundaries are and pressing buttons.”

Related: James Franco Asks Himself ‘Are You F*cking Gay or What?’