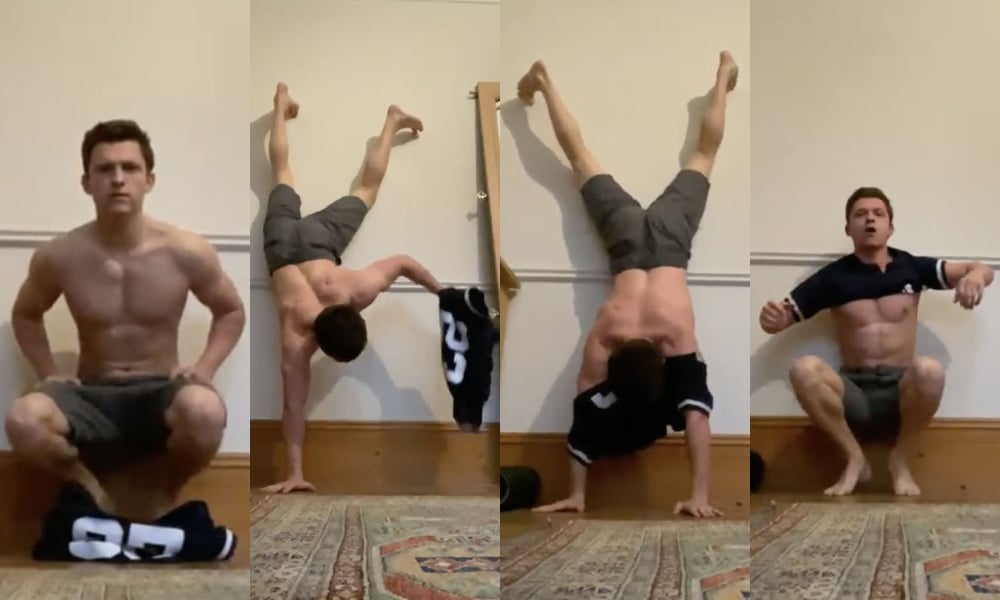 On Wednesday, Holland shared a series of videos as Instagram Stories and attempted to start the “Handstand Challenge.” The challenge sounds easier than it is; put on a shirt while doing a handstand without falling. Although we are not lucky enough to have Spidey sense, Holland’s videos still inspired some tingling.

After bracing against a wall for balance, Holland snags a jersey that was lying on the ground close by. Then, he does his best to pull the shirt over his arms and head. While this challenge looks like it requires some serious upper body strength to accomplish, Holland gets the job done relatively quickly.

In the last video of the series, Holland challenges Ryan Reynolds, Jake Gyllenhaal, and his friend Harrison Osterfield to attempt the challenge next.

Gyllenhaal accepted the challenge and completed it.

Sorry I’m late to our Zoom meeting, I was watching Jake Gyllenhaal put on a shirt while in a handstand. pic.twitter.com/UIlV5Wihyv