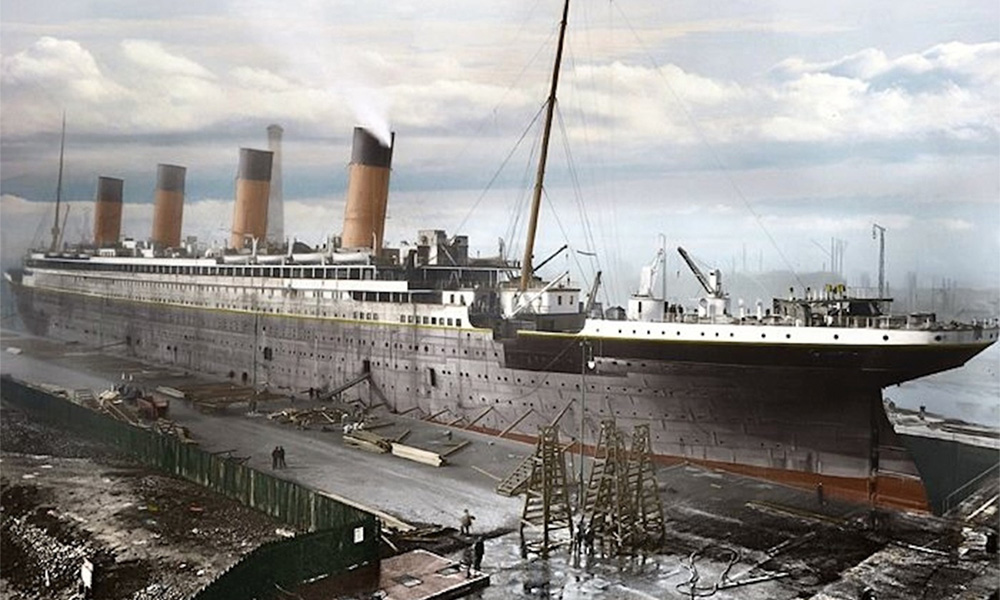 29 Rare Titanic Photos You Have to See

When Titanic foundered in the North Atlantic, the whole world watched in horror.

The Titanic struck a North Atlantic iceberg on April 14, 1912; 705 passengers survived. This collection of photographs captures the Titanic ​and its fatal voyage. The R.M.S. Titanic has gone down as one of the most famous ships in history for its extravagant design and tragic fate. It was a massive 46,000-ton ship, measuring 882 feet long and 175 feet high. The “Ship of Dreams” included a swimming pool, gym, Turkish baths, a photography darkroom, and three cigar rooms. However, its lack of proper safety features would become a critical flaw on the night of the Titanic’s sinking.

The lifeboats set in place for emergencies were only equipped to hold a total of up to 1,178 people, while the ship itself was capable of carrying 2,435 passengers and roughly 900 crew members.

At 11:40 p.m. local time on the cold, moonless night of April 14, 1912, the crow’s nest lookouts on board the R.M.S. Titanic sighted a large iceberg only 500m ahead. Despite quick action, the iceberg still struck the ship aft of the bows, and water flooded into the ship across several compartments; in little more than two and a half hours, the Titanic sunk, taking with her 1,514 lives.

Related | This Book Tells the Tales of Titanic’s Gay Passengers

The Titanic struck a North Atlantic iceberg at 11:40 p.m. on April 14, 1912, at 20.5 knots (23.6 MPH). The berg scraped along the starboard or right side of the hull below the waterline, slicing open the hull between five of the adjacent watertight compartments. If only one or two compartments had been opened, Titanic might have stayed afloat. However, with too many doors slashed open, the watertight integrity of the entire forward section of the hull was fatally breached. The ship carried 1,317 passengers, but only 705 survived.

The dramatic and sudden sinking of the Titanic, a ship touted unsinkable, inspired a worldwide fascination with the tragedy. That interest has spanned more than a hundred years and sparked the creation of countless films and books. 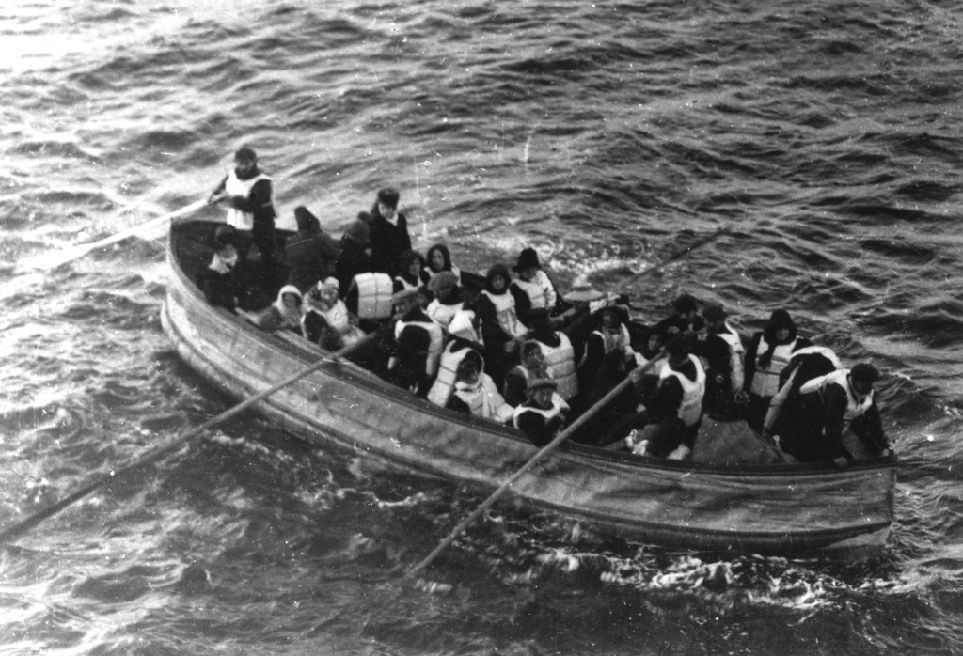 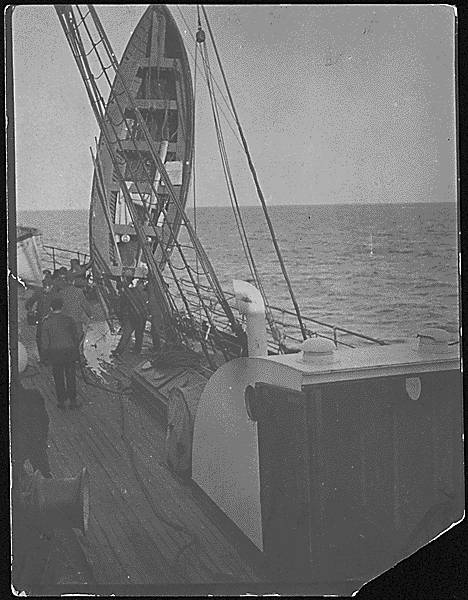 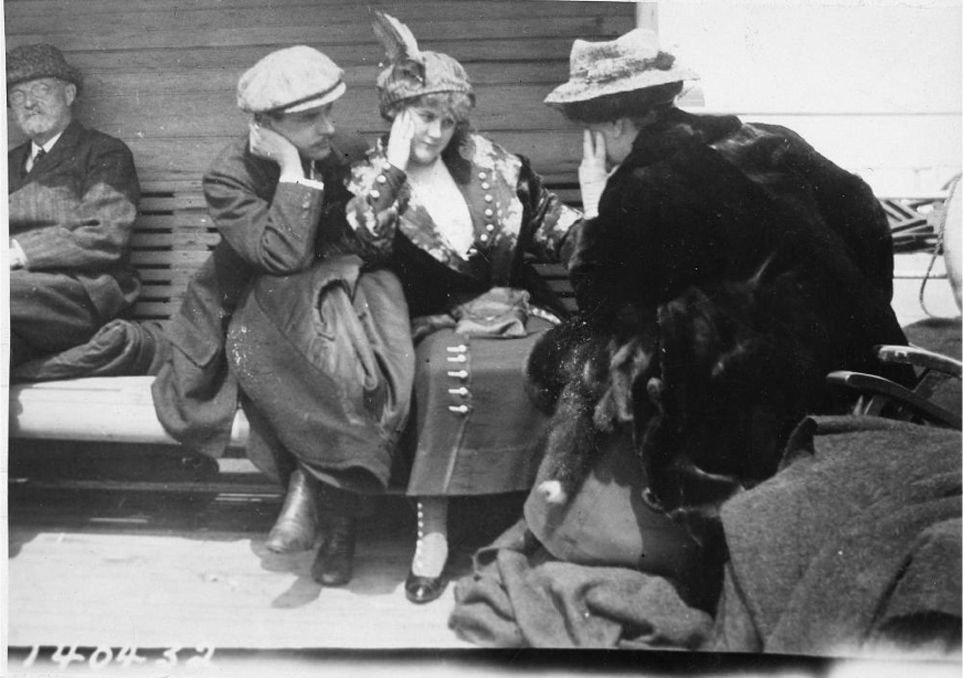 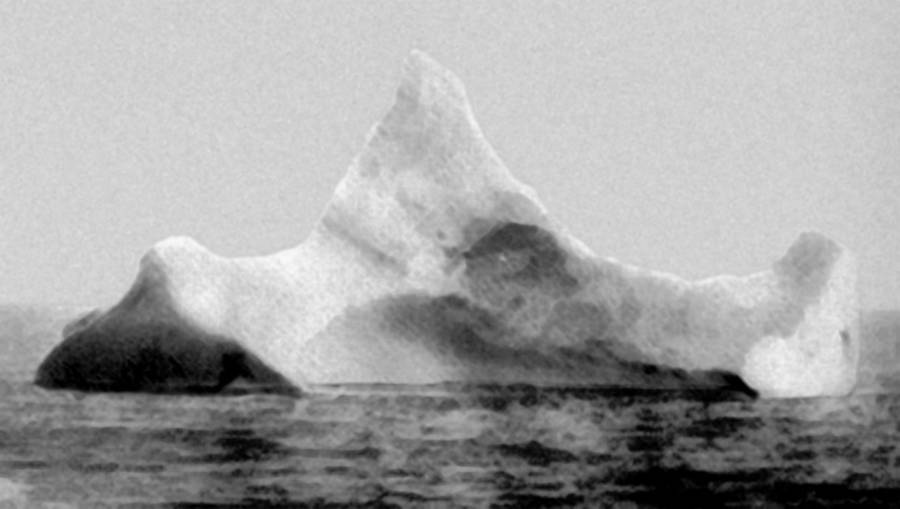 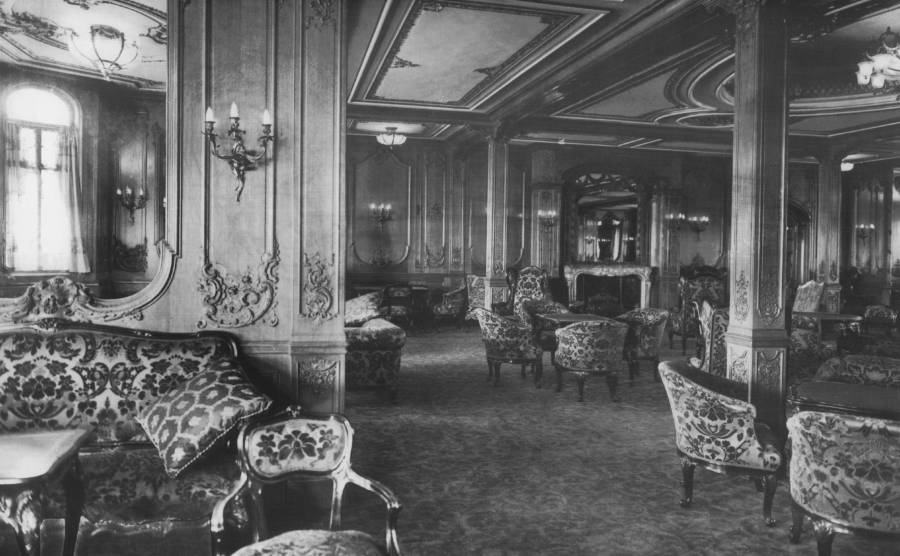 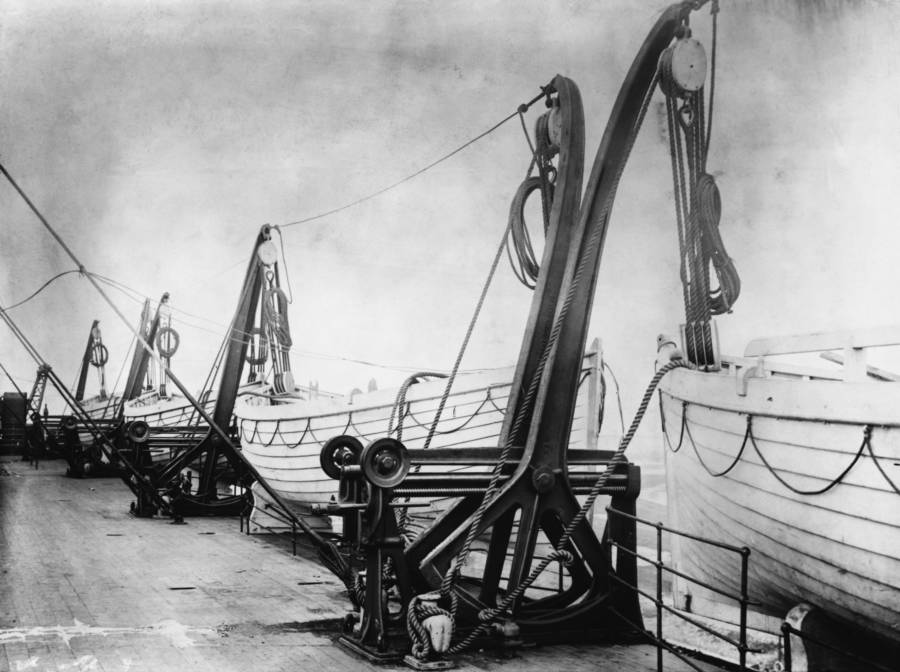 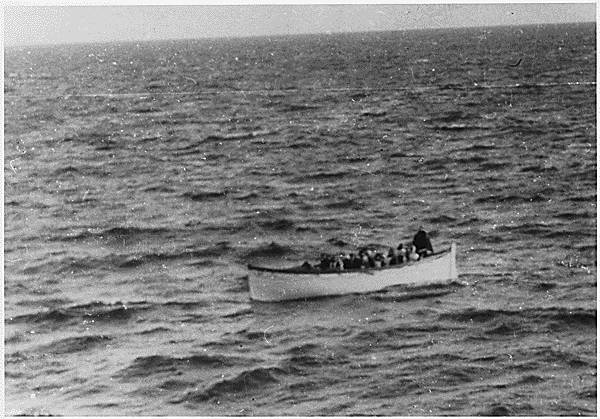 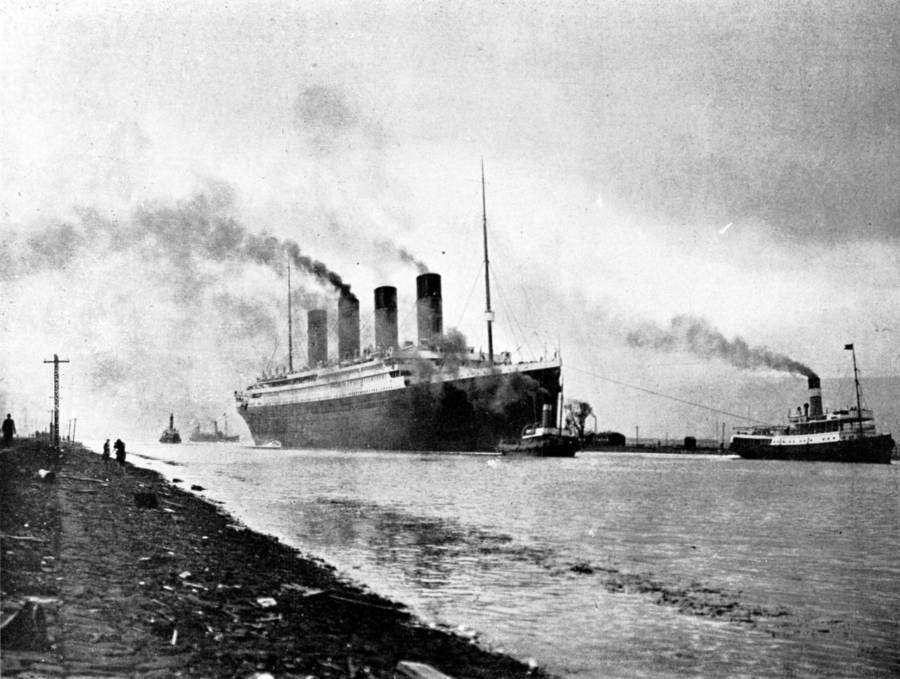 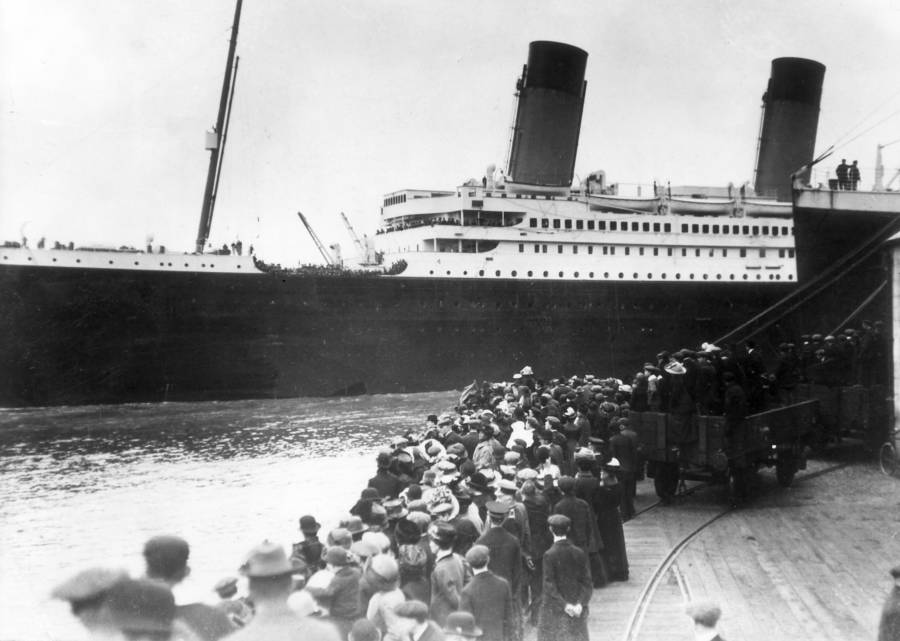 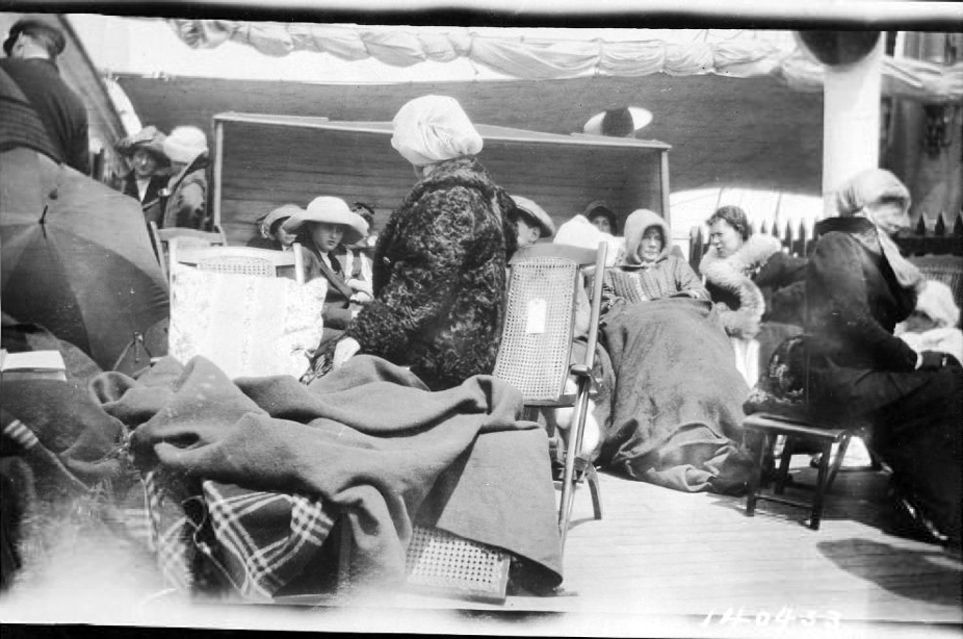 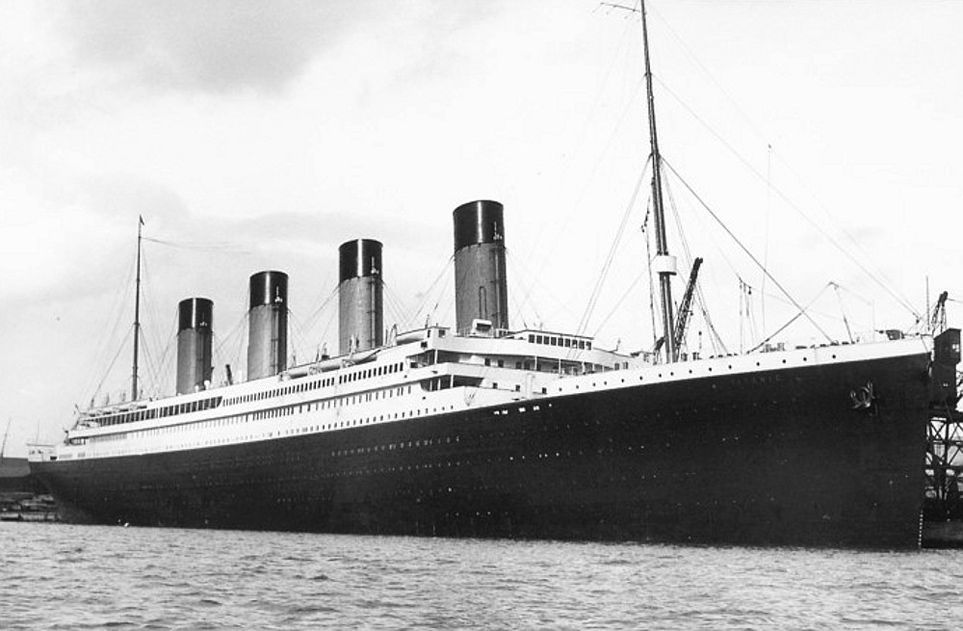 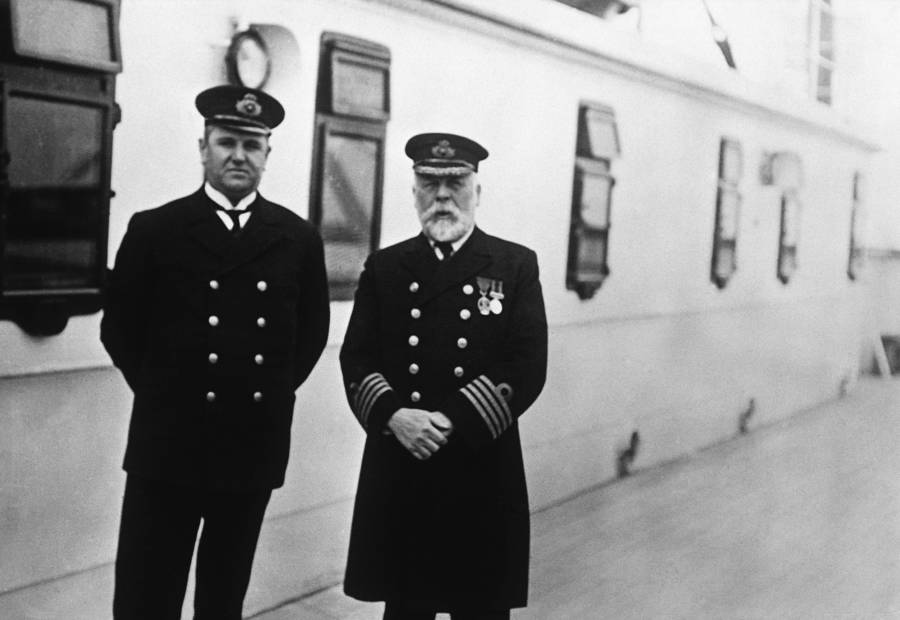 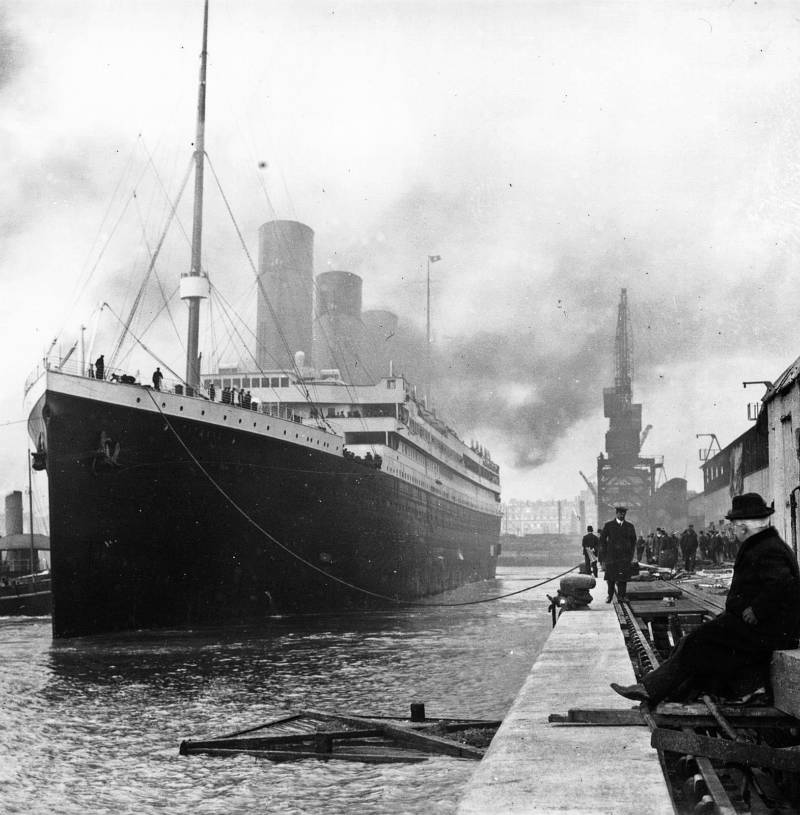 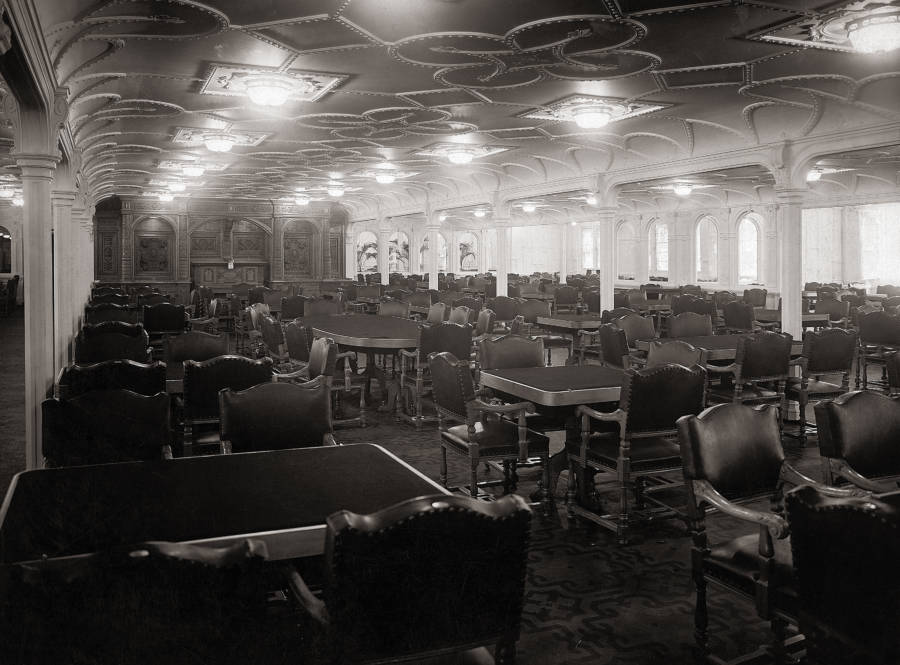 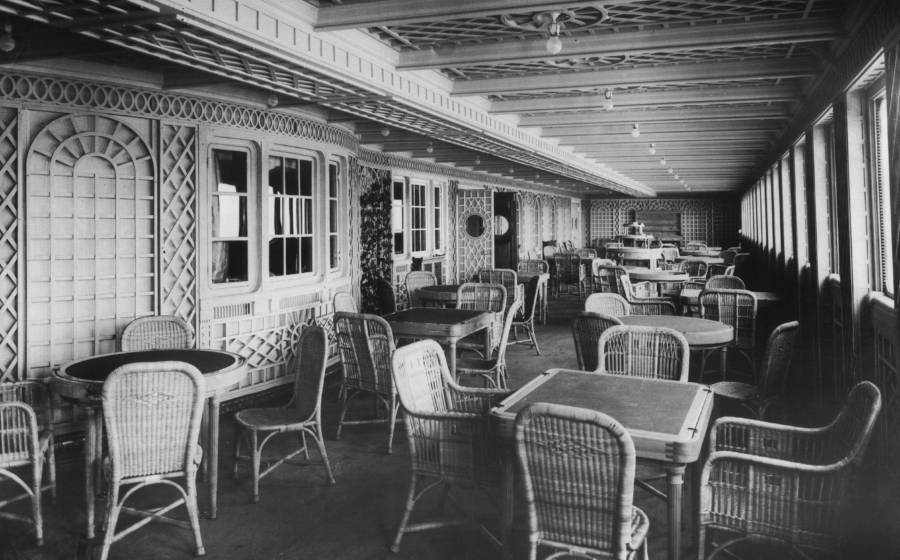 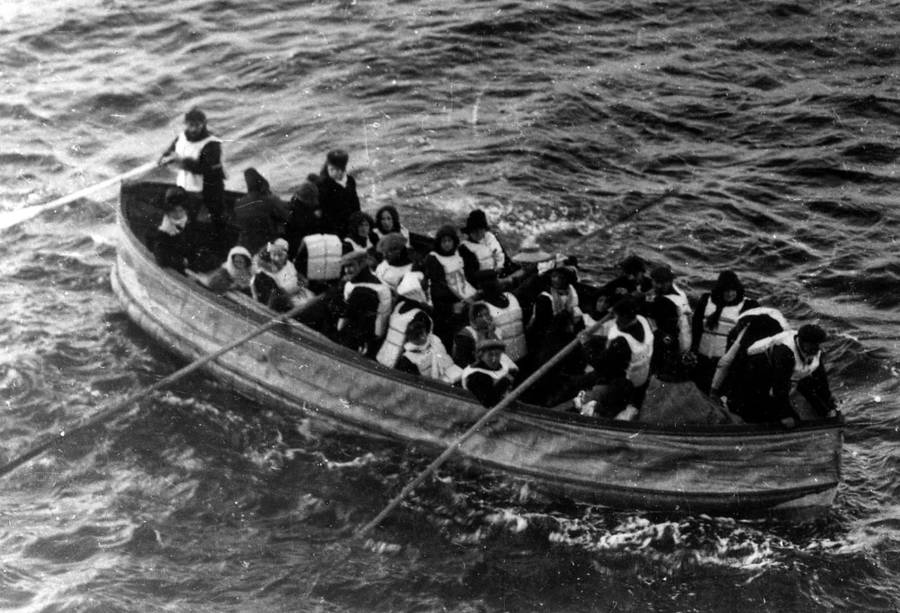 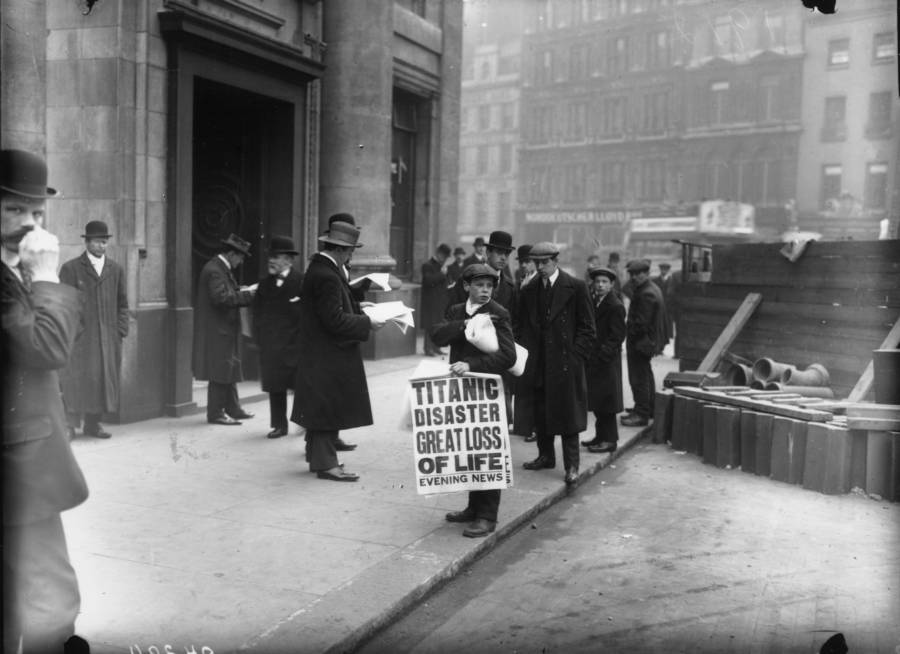 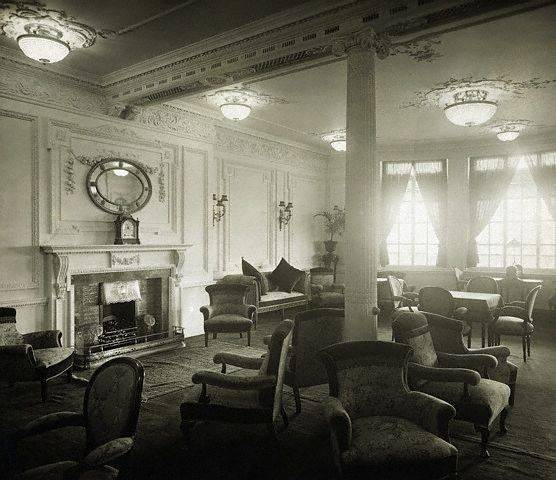 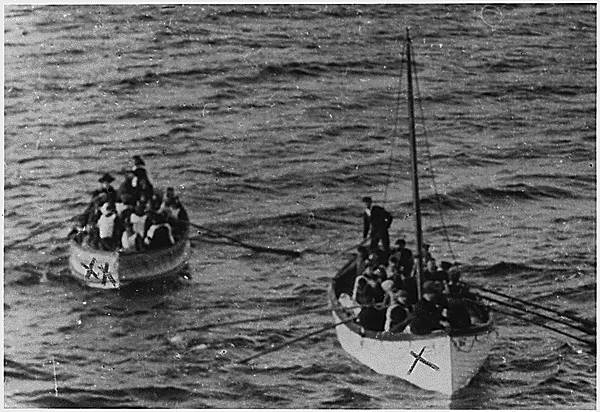 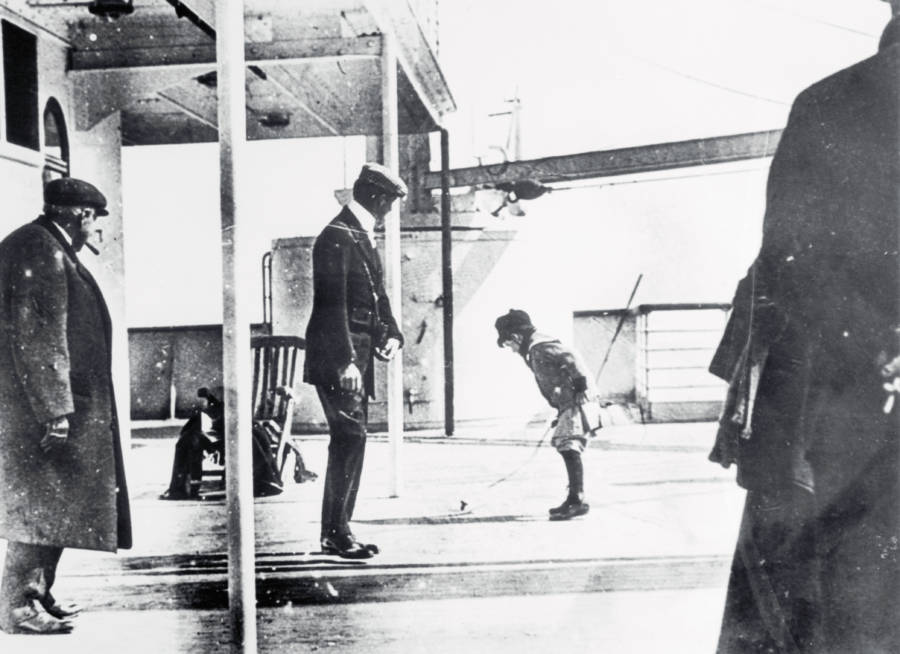 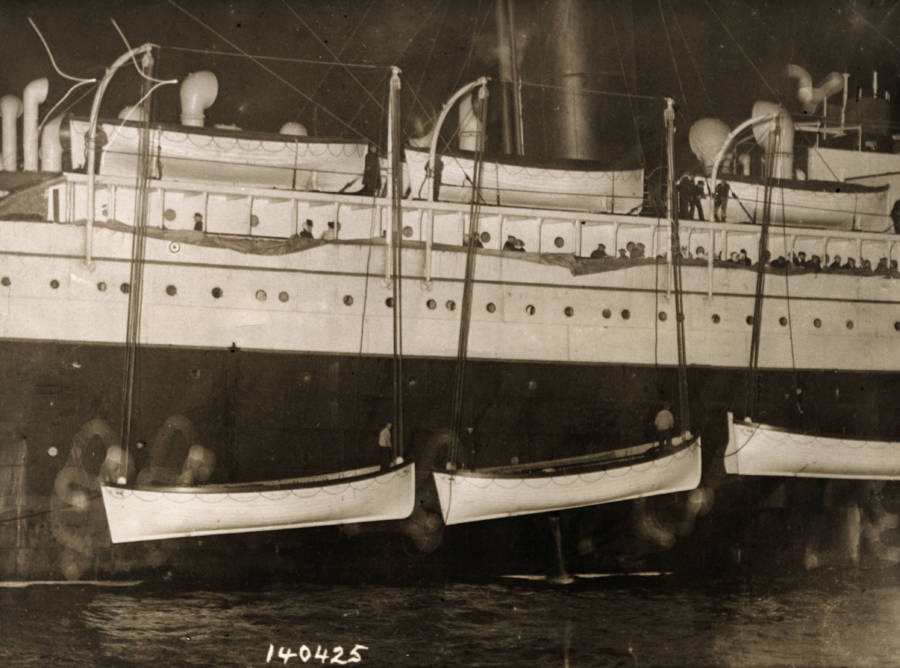 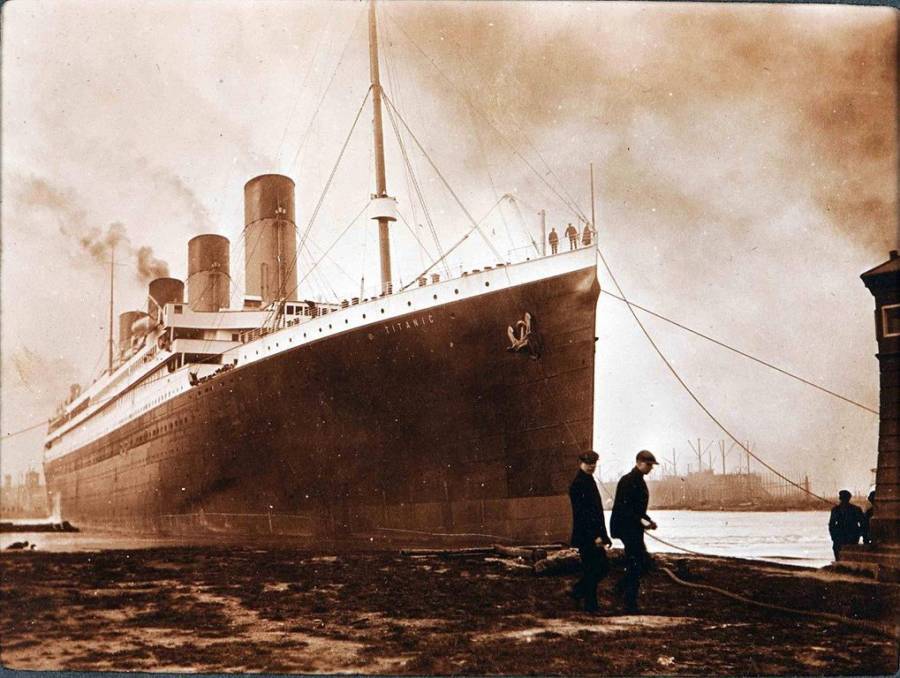 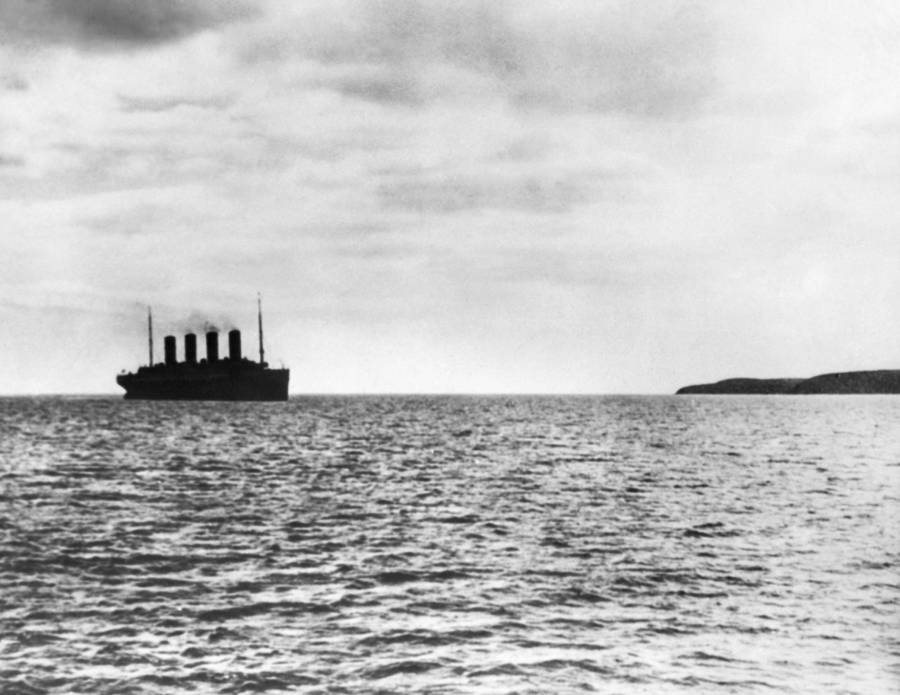 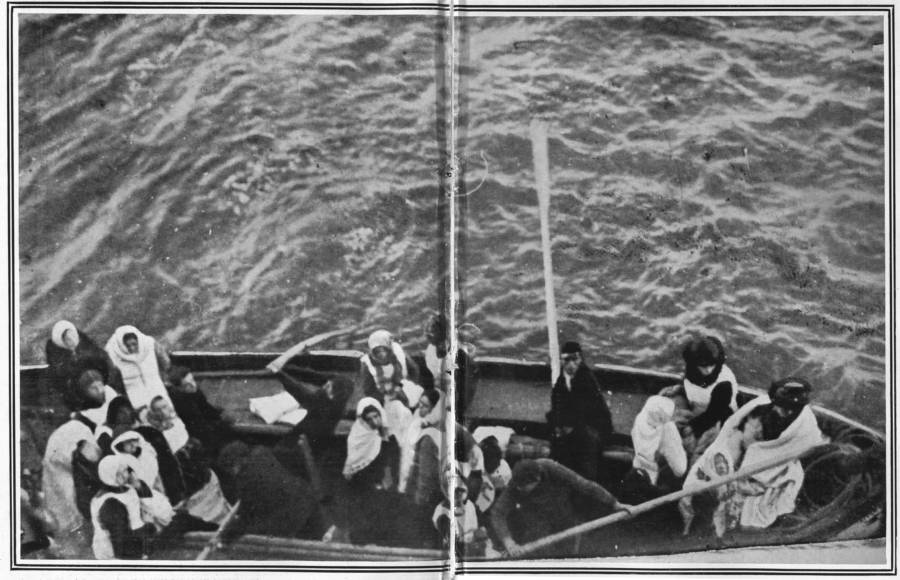 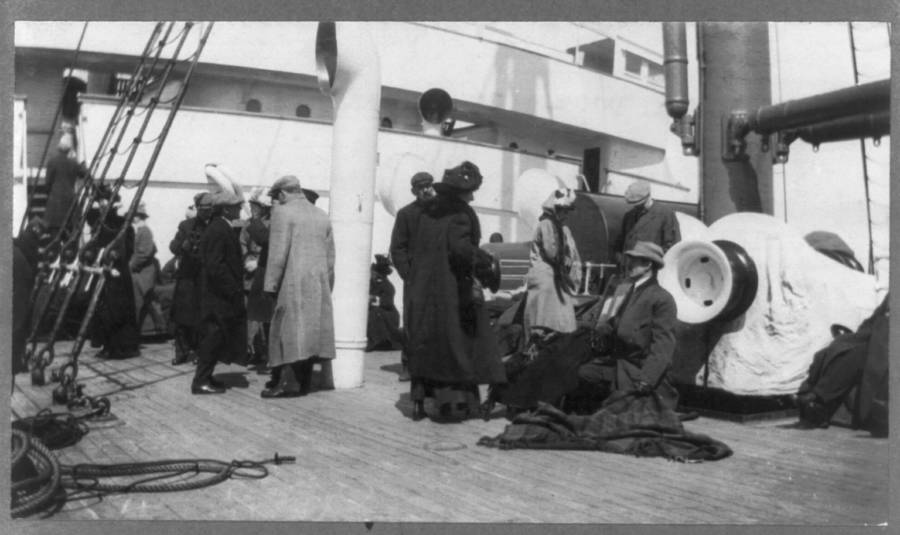 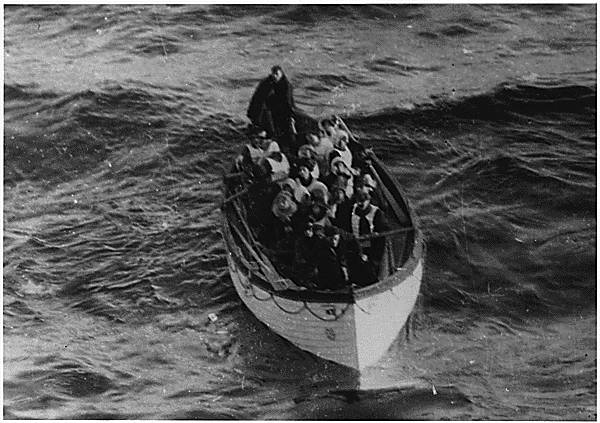 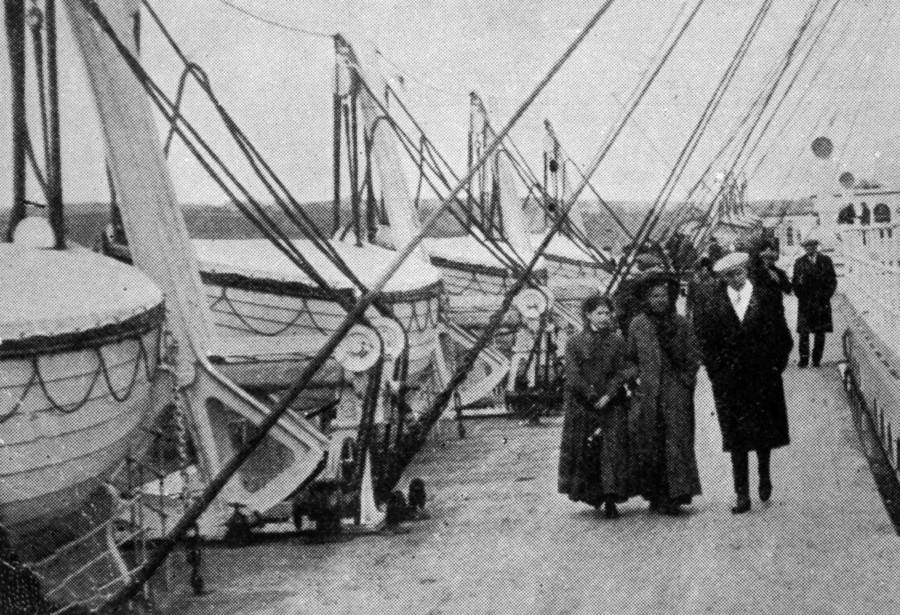 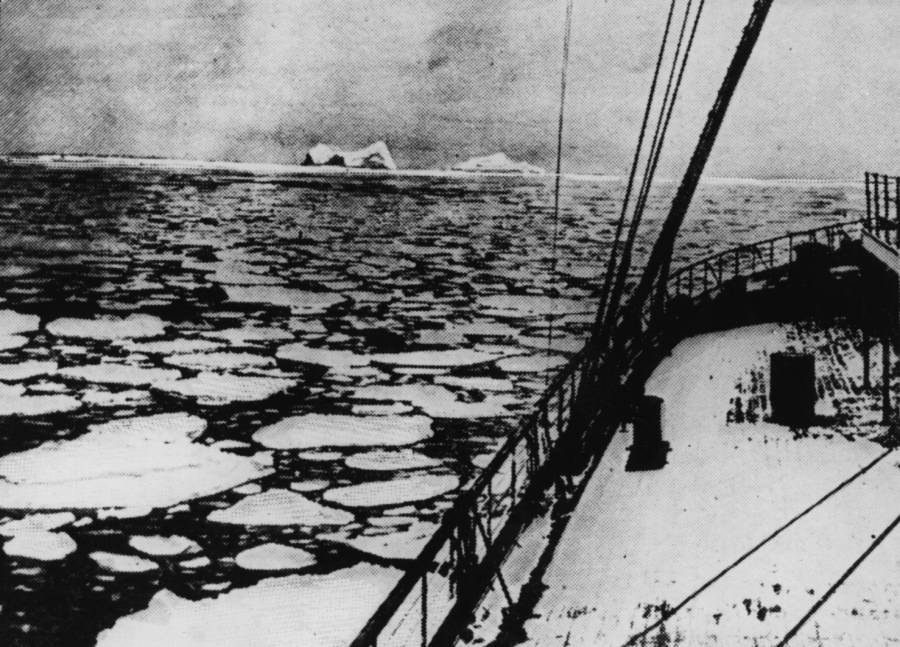 29 Rare Titanic Photos You Have to See